Just another day at the governor's office: questionable campaign contributions 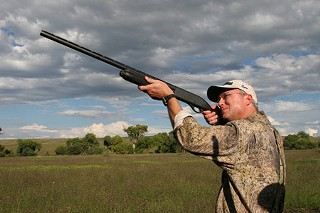 As part of its January semiannual campaign filing with the Texas Ethics Commission, Texans for Rick Perry reported two checks for $500,000 from the Republican Governors Association PAC, dated Oct. 27 and Nov. 2. However, Wood said, the RGA does not qualify as a PAC under Texas law. A Texas campaign like Perry's can take out-of-state committee cash if it provides the Ethics Commis­sion with either a complete list of all donations more than $100 or a Federal Election Commission account number. According to Wood, the RGA provided the Perry campaign with an incomplete list of donors, but the campaign failed to pass this information to the Texas Ethics Commission. Instead, the filing included an old FEC account number, formerly held by the RGA but inactive since 2002. "Where they got that number, we're not exactly sure," said Wood, who voiced concerns about what he called misleading information being provided by Perry's campaign to the TEC. "If they just put down Republican Governors Association, no PAC and no FEC number, alarm bells would have gone off immediately," he said.

Under the Texas election code, Bell could receive $2 million from each party, plus costs, if he prevails in the lawsuit. In a prepared statement, RGA communications director Chris Schrimpf called the lawsuit frivolous and called Bell "a failed candidate ... using a lawsuit to keep his name in the headlines." Texans for Rick Perry released a statement accusing Bell of "sour grapes" after he did not receive a state lobbying contract from Perry's office earlier in the year. But Wood rejected their criticism of his client and said: "When you start talking about someone's motivation for filing a lawsuit, you know you're in trouble. I would have thought that they would have been saying there was no violation."