pdf
ON THE COVER:
The Staff of Life
features

The biggest winner in the Chronicle's Bacheloser contest

A Key to Sources

Five months after the Texas Youth Commission reform bill was crafted to protect youth inmates, TYC is massively understaffed, with a third of all posts empty

Messy Investigation of a Mess

Did Austin Police Sgt. Michael Olsen use excessive force when he shot and killed 25-year-old Kevin Brown? According to Internal Affairs, the answer is "inconclusive."

Complexity of Wal-Mart case, not to mention Thanksgiving, could delay judge's decision

Warning stems from pending whistle-blower lawsuit against Gary Grief and the Texas Lottery Commission, for which the AG's office is serving as the defendants' co-counsel

Thirsty? Here, Suck on My Shoe.

Just another day at the governor's office: questionable campaign contributions

While presidential candidates are asking for votes – where are they now?

The Staff of Life

The Food staff enlightens on where to find bread so crusty and warm, and how to make it at home

Not best in show, but pretty darn close

Almost as good as your grandmother used to make

Chameleon wines for your Thanksgiving spread

Chameleon wines for your Thanksgiving spread 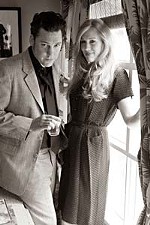 Two of a Kind

Infinity in All Directions

Tonight We Drink... Tomorrow We Battle the Evil at Hand

This is Your Justice

Power to the Sheeple

Zykos, Young James Long, No Bridges to Cross, Ghost of the Russian Empire

Keep the Light, You Ain't Know the Man, No Bridges to Cross, Ghost of the Russian Empire

The Strange Boys, YellowFever, Mothfight, The Teeners, Danny & the Nightmares

Nothing, Culver City, Hopscotch, the Teeners, Death of Satan
screens

The Intersection of Personal and Political

'No Country' for Squash Fruit

Letterman's writers find a new home on the Internet, plus gifts to give yourself and others

I Am Cuba is a remarkable marriage of technical experimentation, artistic innovation, radical storytelling, and left-wing politics

August Rush is a rather prosaic, oddly anxious, contemporary take on Oliver Twist, with Robin Williams – in nasty-man twee mode – thrown in for bad measure.

Like the video game that inspired this film, Hitman is a brain-dead pleasure bomb.

This meditation on Bob Dylan is infused with love – not the slavish kind but a true-eyed tribute to the artist who belongs to nobody and everybody at once.

There's "something in the mist," and it's not only the beasts that bite but also the dark things that reside within.

The film has the perfect formula for holiday cheer: redemption through sentimentality, salvation through schmaltz.
arts & culture 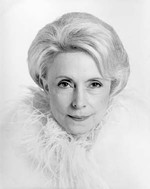 Remembering one who fascinated us all: Karen Kuykendall, 1937-2007

On Nov. 10, Austin's part in a national theatrical event came to a close a stone's throw from where it started a year before

Vitality: A Baroque Thanksgiving: Music to give thanks by

Opening your concert season on Thanksgiving weekend might seem odd, but it's worked out well for Chamber Soloists of Austin

This French clown show by RoHo Theatre Company aims to entertain, and it does just that, more often than not

The Book of Lenny

Where music takes us

The real meaning of the word 'dork' is 'a whale's penis,' the first Beatle to visit America was George Harrison, and more