No Nugent Is Good Nugent

GOP weeps over Nugent comments, but are these crocodile tears? 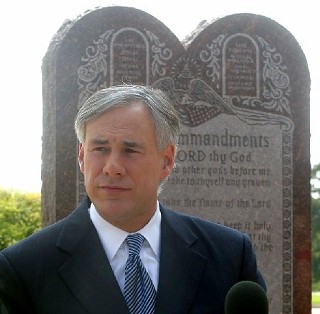 There's been hand-wringing and eye-rolling among the Texas GOP this week over Ted Nugent calling President Obama a "subhuman mongrel." The real question is, why now?

Initially it was the Democrats who opened fire on Abbott's gun-toting buddy. Then one of his own party – in fact a rival for the Republican gubernatorial nomination – Lisa Fritsch, publicly called on the AG to distance himself from the rocker. However, it soon became politically untenable for leading Republicans to stay silent on the issue. Gov. Rick Perry (who has previously called himself a fan of the Motor City Madman) initially tried to brush it all off by saying that "the idea that Ted Nugent said something that’s outrageous shouldn’t surprise anyone." However, he soon showed moral fortitude and said his comments were "inappropriate" and that "I got a problem calling the president a mongrel."

With Perry opening the gate, other Republicans slowly joined the chorus. Congressman Rand Paul said that Nugent should apologize, and that his "derogatory description of President Obama is offensive and has no place in politics."

There was a more equivocal response from Sen. Ted Cruz, who praised Nugent for his hardline opposition to gun control, but did go so far as to semi-criticize the "mongrel" comment. "You’ve never heard me say such a thing and nor would I." He also tried to distance himself from the man behind "Cat Scratch Fever," saying, "I'm not cool enough to hang out with any rock stars. Jay-Z doesn't come over to my house. I don't hang out with Ted Nugent." That'll be news to Nugent, who said last November, "I work close with Ted Cruz who is a great patriot, a great statesman."

Abbott himself has the most to lose or gain from all this. After all, the moral opprobrium that has descended has hit his campaign hardest. Initially, his response was seen as an evasive misfire, with a statement from his campaign that "While [Ted Nugent] may sometimes say things or use language that Greg Abbott would not endorse or agree with, we appreciate the support of everyone who supports our Constitution."

It actually got worse from there. First Abbott blew off CNN reporter Ed Lavandera by describing the whole story as a distraction tactic from his presumptive November opponent for the governor's mansion, Sen. Wendy Davis, D-Fort Worth. Then Abbott's communications director made the situation worse by claiming that Lavandera had basically bushwhacked him.

However, on Friday he released a rather weak statement that "I believe Ted Nugent recognized his language was wrong and he rightly apologized. … It's time to move beyond this, and I will continue to focus on the issues that matter to Texans." In a moment of déjà vu, he also said that "This is not the kind of language I would use or endorse in any way." This seems very similar to the tepid way that he distanced himself from supporters and campaign staff that have tweeted terms like "Retard Barbie" and "too stupid to be governor" about Davis.

As for Nugent himself, his response came in three parts: First, digging himself deeper by a series of Tweets attempting to make himself look like the injured party, including such classics as "Are words really more offensivethan the scam of social justice" and "Are words really more offensivethan Pilosi's vulgar abuse of power." (Yeah, there's a lot of [sic] in those Tweets.) Then he went on the offensive against CNN, saying that "@wolfblitzer is a journalist & Im a gay pirate from Cuba." Finally, he actually apologized. No, not to Obama: To the very Republicans that are distancing themselves from him. He told CNN host Ben Ferguson that he was just using "street language" and that "I apologize for using the term." Not that he's putting the Obama White House back on his press list. He added that his mea culpa was "not necessarily to the president, but on behalf of much better men than myself, like the best governor in America, Governor Rick Perry, and the best attorney general in America. God, think if America had an attorney general as great as Greg Abbott."

What's arguably most mysterious about all this is that Abbott only had Nugent on board for a couple of campaign announcements. Former Stephenville state rep Sid Miller, author of Texas' infamous pre-abortion invasive transvaginal wand ultrasound bill, actually took Nugent on board as his campaign treasurer in his quest to be a Railroad Commissioner.

Neither Abbott nor Miller could reasonably claim to not know who they are sharing a stump with. After all, in 2007 Perry had him perform at his inaugural ball, where he rather infamously wore a Confederate flag t-shirt.

But why exactly was Nugent at the inaugural ball anyway? If calling the current president a "subhuman mongrel" is unacceptable, and reason to not stand near the Nuge, then what about referring to then-U.S. Senator Obama as a "piece of shit" in 2007? Or calling then-First Lady Hillary Clinton a "toxic c--t" in 1994? Or his 1990 comment about apartheid that "not all men are created equal"?

Considering that Abbott went stumping with Nugent because of his fierce dedication to the U.S. Constitution, it seems odd that he allied himself with someone who rejected one of the self-evident truths of the Declaration of Independence.

Nolan Ryan Pitching at Kinky Friedman?
The no-hitter king and the Jewish cowboy for ag commissioner