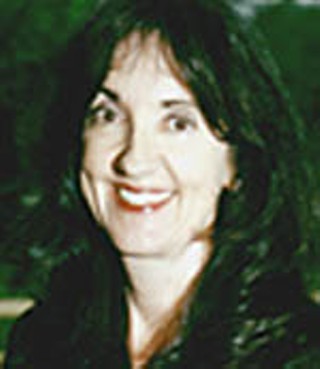 Is the mudslinging in Bee Cave just a by-product of an election season, or is it a culmination of long-simmering unrest in a town struggling with growth issues? The answer depends on whether you're asking the incumbent village officials seeking re-election May 15, or those bent on running them out of office.

If we were betting people, we'd bet that the seeds of this flap were planted years ago on the Baldwin Tract, a family-owned property that very nearly became the home of a Wal-Mart big-box development. Since then, village officials have bent over backward to keep Wal-Mart from entering town. Some would say they've invited more asphalt and concrete – and trouble – in the process.

To begin with, the board of aldermen turned to developer Chris Milam to save the village from the world's largest retailer, first with a $500 million upscale regional mall – the Hill Country Galleria – on the spot where Wal-Mart wanted to land. But without tony anchor stores willing to go to Bee Cave (in the face of organized opposition from the Save Our Springs Alliance), the project was temporarily scrapped. So Milam began working on the Shops at the Galleria project across the road, and, despite widespread opposition, was able to secure a $4.5 million tax incentive from the village to build a retail center the size of 43 football fields.

So in its zeal to prevent a Wal-Mart invasion, this is what the village and Chris Milam got instead:

Another big box – this one a Lowe's Home Centers warehouse – to anchor the Shops at the Galleria on the banks of Little Barton Creek. The SOS Alliance is suing to stop the proposed development, claiming it's out of sync with the village's environmental regulations and threatens to pollute major water sources. The project is having to go through the Bee Cave planning process again as a result of the litigation, which is scheduled to go to trial next month. A public hearing is set for Tuesday night.

A lawsuit filed by the owners of the Backyard outdoor music venue against Milam, whose development threatens to eliminate 2,200 parking spots at the Backyard. The two parties are trying to resolve the dispute out of court. "We are concerned that if plans for the Shops go through, this might have some pretty dire consequences for the Backyard," said Jim Hemphill, one of a team of lawyers representing the venue. "We don't have any sort of drop-dead date (for resolution), but every day that goes by without an agreement is of concern to us." Pursuing the dispute through the courts would be the next step short of an agreement, he said. Milam did not return a Chronicle phone call.

A slate of candidates running against Mayor Caroline Murphy, her husband, Alderman Mike Murphy, and for two other open board seats in the May 15 election. The opposition slate is made up of more than half of the village's Planning and Zoning Commission, which largely opposes the Milam project.

A request by outgoing Alderwoman Marcy Holloway to launch an investigation into possible conflict-of-interest questions raised by Mayor Murphy's day job as chief operating officer of St. David's Medical Center, given that the St. David's Healthcare Partnership (which operates SDMC and three other area hospitals) had discussions with Milam over a potential new hospital in Bee Cave. Mike Murphy could also figure into that probe.

Caroline Murphy denies that either she or her husband were involved in the discussions between St. David's and Milam, or between the health care firm and another area landowner, Cypress Realty President Steve Clark. As the mayor explained, Milam approached her in the fall of 2002 and said he'd be interested in helping woo St. David's or another hospital to Bee Cave. "I provided him with a name of who to talk to," Murphy said, "but I wasn't involved in any discussions." A few months later, she said, Clark also asked her for a St. David's contact. Again, she says, she connected him to the right person. Murphy surmises that curiosities may have been piqued because her husband happened to be in negotiations with Milam at the same time, but those discussions centered on the Shops at the Galleria project. "He was not involved in anything related to St. David's," the mayor said.

On a related front, she said that Alderman Cole Eslyn – the CEO of SDMC and thus Caroline Murphy's boss – was not on the Bee Cave board at the time the hospital discussions were under way. Nevertheless, Eslyn's appointment in November 2003 to fill an unexpired term on the board also raised eyebrows around town. Murphy cast the deciding vote to give her boss the post. Eslyn is not seeking re-election to a full term on May 15.

Murphy believes the ethics questions concerning St. David's were politically motivated. "This whole thing has been greatly exaggerated to assist the people running for the board," she said.

Others suggest that residents are simply tired of the way business is conducted at City Hall. In any case, things are so intertwined in Bee Cave that the village has to revamp its ethics ordinance before it can even process Alderwoman Holloway's request for an ethics investigation. As village administrator James Fisher pointed out, a three-member committee usually investigates ethics complaints, with two members appointed by the mayor and one appointed by the administrator. "There's no one there to review this impartially," said Fisher. So he and the city attorney are drawing up a new draft ordinance that they expect to deliver to the board by midmonth. This time, he said, the ordinance would call for a separate ethics board made up of regular citizens.

Holloway, who says she doesn't want the village to subsidize a Milam project that doesn't comply with environmental regulations, is not seeking re-election to the board. But she says she'd like to see the ethics issue settled before she moves next month from Bee Cave to Taos, N.M., another small town grappling with similar growth issues. "I'm hopeful that a new ethics committee will be appointed to resolve some of these issues that are troubling residents in our community," Holloway said.