Instead of renting twenty videos per week and melting your kids' brains this summer, try some of these more active activities

No Clear Winner as Bradley Trial Wraps Up

Will developer's bankruptcy case end with a split decision?

Defending the Innocent in Texas

The UN weapons inspector blasts Bush at the LBJ School

The district responds to parents – and its own demographics

Will – or should – the Forty Acres take over America's top bomb factory?

A study looks at how, when, and why innocent prisoners ever get exonerated

Yes, we remember hearing about those nuclear-power plagiarists …

The House Bill on public school finance goes to the floor, and it's all about tax cuts and slot machines

The Lege special session gets down to business, and it's woefully business as usual

Social Security: It ain't broke, so don't fix it; and, productivity has gone up – so why hasn't your paycheck?

The Mandarin House's stellar reputation has followed it out to Lakeway – why haven't you?

WINES OF CHILE AND ARGENTINA

Will Travel for Wine

The wines of Chile and Argentina: up close and personal

Mario Batali has discovered Austin's Matt Lee, but not in a good way; Hoover's has a new breakfast; and the Alamo Drafthouse finds food on the tracks

Thirty Three Degrees announces it will be shutting its doors. Out the door, too, is Associate Music Editor Michael Chamy.

How Could Hell Be Any Worse?, Suffer, No Control, Against the Grain, Generator

The Best of the Early Years, Preservation Hall Hot 4 with Duke Dejan, Shake That Thang

UT and AFS team up for a Doc Tour deviation: 10 films under 10 minutes long made for less than $10.

Greg Pak's 'Robot Stories' is ap-pealing to just about everyone, seven years after his appeal to the Texas Filmmakers' Production Fund launched his career.

A spoonful of censorship …

A shy office drone orders a life-sized plastic doll off the Internet, to predictably disastrous results.

A winking, disingenuous farce from the Olsen twins.

A short film collection billed as "science fiction from the heart," with an emphasis on the heart part.

Hugh Jackman's mysterious monster hunter is pittefd against nearly the entire pantheon of Universal’s classic monsters, including Dracula and and the Wolf-Man.
arts & culture 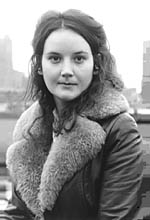 The gypsy feet of playwright Ruth Margraff keep wandering back to Austin, and we're fortunate that they do

The Rude Mechanicals' Stadium Devildare, from a script by Ruth Margraff, offers a muscle-bound riff on reality game shows and superpatriotism, but its torrents of text eventually leave the brain numb

Screwed Into the Book of Love

So many purse designers, so little talent… errrrrr, time, time! We mean time!

A beautiful area of Texas, Wharton County has hundreds of stories to tell

Isn't it worth taking 30 seconds to say you've learned something new today?

Which is the 'better quality' protein: whey or rice?

A relative passed away recently and the duty has fallen to me to wind up her affairs. She left a will. Where do I start? Can I do this without a lawyer?

BY SANDY BARTLETT AND TIM BYRNE 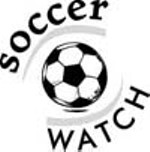 The Austin Lightning kick off their season and more