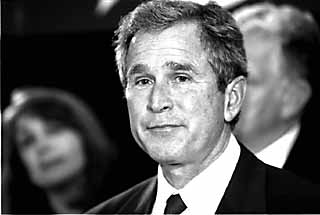 George W. Bush used the Internet more effectively than any presidential candidate yet -- he might be called the first World Wide Web president. And it appears he will continue his Internet strategy while in the White House.

Although a Bush aide says no plans have been made, political observers believe Bush's campaign machine will continue operating his Web site, www.georgewbush.com, or something very similar, during his presidency to help build his base of support and rally his followers.

"I have no doubt that they will do that," says Charlie Black, a longtime Republican strategist and the CEO of BKSH & Associates, the lobbying arm of public relations giant Burson-Marsteller. "I'm very confident they will do that because they understand the power of it."

Bush's campaign was remarkable for its Internet savvy. Georgewbush.com was more ambitious, better organized, and had far more content than www.algore2000.com, the site run by Al Gore's campaign. And Bush used his site as an effective organizing tool. During the campaign, more than 250,000 Bush supporters used Georgewbush.com to sign up for e-mail updates from the campaign. Thousands more signed up for Web personalization through a service the campaign called "MyGeorgeW."

Political analysts believe the president-elect needs to use Georgewbush.com during his stint in the White House for many reasons: He lost the popular vote to Gore. He faces an evenly divided Senate. And the rancorous aftermath of the election -- including the controversial decision by the U.S. Supreme Court -- has increased the bitterness of a large part of the American electorate. Because of those factors, Bush, as president, must continue acting like a candidate.

"In some ways, he has just started running for president," says Glenn Smith, an Austin-based communications consultant who heads Affinity Dynamics, a Web-based grassroots management firm. "Now is the time he's going to have to sell himself to most of America. Because of the way the election has turned out, he's starting with a handicap and he has to really sell himself to have any shot at re-election."

Tucker Eskew, a member of Bush's campaign press office who managed Bush's Web site during the campaign, said it is "premature" to discuss how Georgewbush.com will be used during Bush's stint in the White House. "The use of the site remains to be determined," he said.

Although Bush's operatives won't discuss their plans, they began clearing space for him on the Web long before he declared his candidacy. Bush's longtime political strategist, Karl Rove, snapped up potentially embarrassing domain names like Bushsucks.com and Bushbites.com as well as more pedestrian ones like Georgebush.com. Once on the Web, Bush's campaign spent heavily to make sure the site was comprehensive. They posted the names and zip codes of everyone who donated money to his campaign, even though that was not required by the Federal Election Commission. During the campaign, visitors to the site could watch most of Bush's TV commercials and some of his speeches with streaming video. The text of most of his speeches was posted on the site, along with all his major policy initiatives.

Michael Cornfield, who heads the Democracy Online Project (democracyonline.org) at George Washington University, believes Bush's political advisers will find ways to use the e-mail addresses of the stalwart Bush supporters who signed up for e-mail updates during the campaign. Just as Ronald Reagan "pioneered the use of direct mail and cable television to target key members of Congress," says Cornfield, Bush can "micro-target members with the Net." Using his Web site and e-mail, Cornfeld said, Bush will be able to "speed up the turnaround between a call to action and the action with the help of e-mail."

Black says Rove understood the power of the Internet long "before they ever started the campaign." For that reason, it's almost certain that Bush will keep an Internet presence, along with the traditional Whitehouse.gov site, while he is president. "The importance of the Net right now is incredible because opinion leaders, the people who provide donations and all, they are into the Net big time," Black said. "Kids under 30 get their biggest source of information on the Internet, not TV or radio or newspapers. As they get older, it becomes even more important."