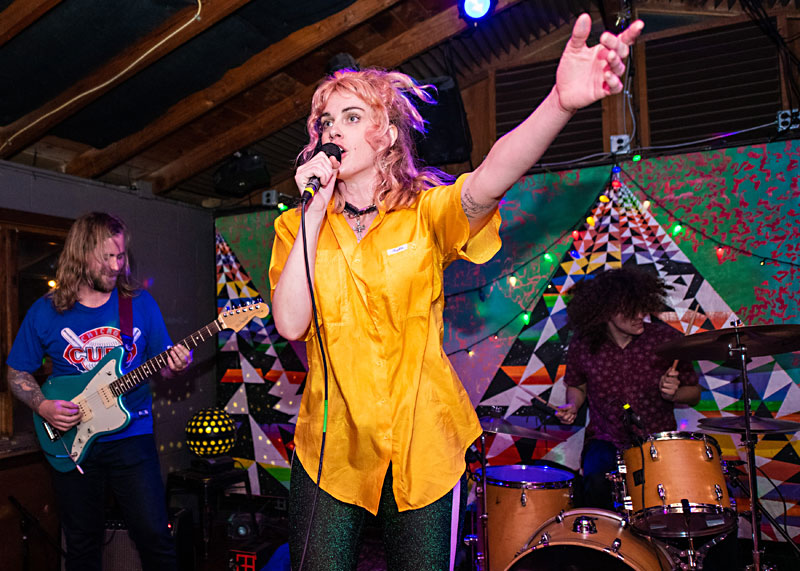 Cutout glossy images of wallabies, koalas, and other Aussie critters lined the walls at Cheer Up Charlies last Sunday night. Local Go Fever frontwoman Acey Monaro, a booker at the venue under the banner of Planet Claire Presents, organized the 10-act benefit while watching wildfires ravage her home country.

"Every morning, it was the first thing I saw on my social media," explains Monaro. "I didn't realize how much it was affecting me. While crying in the bathtub, I shot off an email to some bands. I thought maybe one or two would get back to me, but every single person said, 'Yes.'"

Pro bono turnout resulted in intimate sets from established Austin acts like American Sharks and Matthew Logan Vasquez in a precautionary rain tent on the venue patio. Since now-New York-based guitarist Andrew Cashen was in town, Sweet Spirit reprised a rowdy performance by A Giant Dog the night before. Wild Child singer Kelsey Wilson's solo project Sir Woman offered dance-friendly, R&B-styled cuts off an upcoming debut. She later reemerged to sing with Vasquez on "Heatstroke," a song from their all-star side project Glorietta.

Indoors, Go Fever covered Dead Kennedys' "Moon Over Marin," described onstage by its singer as "a song about dickheads who fuck over the environment – like your government and my government." Monaro worked for environmental nonprofits in Australia and zeroed in on First Nations Communities of Australia and Hunter Wildlife Rescue as beneficiaries of all concert proceeds. The latter works out of the Hunter Valley region, where Monaro was raised in the city of Maitland.

"A lot of the bushfire that was wiped out goes right up to the edge of where my mum lives," adds Monaro. "I had friends who just had to sit there with their cars packed, ready to go, not knowing whether to take their kids to school. It was really scary." 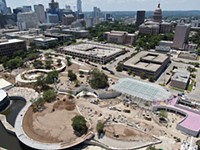 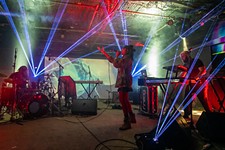 Faster Than Sound: Austin Musicians Brace for Public Shutdown
Dispatches from the week the music died