The grass is always greener, right? Circumstance is subjective. In this case, it's a reality for Fun Fun Fun Fest 2014.

As Auditorium Shores continues renovation, FFF, now in its ninth year, has crossed the street into the adjacent Butler Park. The grass grows healthier there on turf lightly treaded compared to the chronically chalky park just across Riverside Drive. The dry condition of those grounds, where Transmission Events has held FFF Fest since 2011, first necessitated bandana dust masks, and then a full-scale upgrade by the city, financed by rival promoters C3 Presents.

For this weekend's onslaught of punk, metal, hip-hop, and comedy – tailored for the diverse tastes of Austin's music nerds who hold equal love for Ginuwine, John Waters, and Judas Priest – three of the four fest stages stand in Butler Park. The largest platform, however, remains in the dead center of Auditorium Shores, a feat made possible by the city adjusting its construction schedule to accommodate FFF Fest, according to Transmission GM Bobby Garza.

On Monday, Garza and Director of Production Max Gregor drove me around the grounds in a golf cart to grasp the new layout. Dark clouds hung overhead, and mats had been placed under the production vehicles' tires in anticipation of the heavy rains that followed Tuesday night into Wednesday. Alone on Auditorium Shores stands the main stage, which, on Friday, represents FFF's Black quadrant by hosting aforementioned leather metal gods Priest, performing locally for the first time since 1988. On Saturday and Sunday, the riser then serves as the Blue stage to accommodate hip-hop headliners Nas, covering his canonized genre gem Illmatic, and stoney rap superstar Wiz Khalifa.

Across the road, on the evergreen lawn outside of the Palmer Events Center, are three smaller stages: one alternating between Blue and Black programming, the pop/rock-associated Orange stage where Modest Mouse and Neutral Milk Hotel headline, and a comedy and music tent where artists from Waters to Portlandia's Fred Armisen to J Mascis hold court.

"Moving the footprint of a 20,000 person festival has been a learning experience," acknowledged Gregor. "But it's allowed us to bring out qualities of the space and make improvements."

One such revision: All of the stages are facing the same direction to reduce noise-bleed. Another is that the skate park, now a partnership with Volcom, has evolved into a massive, centrally located, shred-o-plex that's increasingly interactive with live music. Displacement means turning lemons into vodka-spiked lemonade.

"We made the best of a bad situation," says Garza. "We're still Downtown and you can still see the skyline, which is important because we've made our name as an urban festival. And we still have four stages."

While similar refugee events like Austin Reggae Fest and South by Southwest's free outdoor concerts felt like they were being punished at Butler Park this spring, FFF Fest should prevail through dual locations and the strength of its aesthetic. The bubble of cutting-edge music, wrestling, mechanical bulls, and aerial barrages from the taco cannon maintains an identity at the core of multiple music scenes here in Austin, and thus a crucial role in those communities as purveyors of a sacred resource: fun.

Residual Kid has signed to Sire Records, the 48-year-old passion of famed record man Seymour Stein and longtime Warner Bros. division famous for breaking: Ramones, Madonna, Talking Heads, Pretenders, Smiths, Cure, Depeche Mode, and on and on. The local noise-punk trio fronted by guitarist/vocalist Devon Ivy and backed by Ben and Max Redman, who've already recorded with Redd Kross' Steven McDonald and Dinosaur Jr.'s J Mascis, are expected to make their national debut next year. These teenage veterans of rock play FFF Nites on Friday with Metz, Single Mothers, and the Blood Brothers at the Parish.

Ultimate Smooth Pass purchasers are in for some unique entertainment in the USP area. Punk rock songcatcher Ted Leo serenades the festival's luxurious chill zone with an acoustic set on Saturday, while hulking Cro-Mags frontman John Joseph gives one of his famous juicing and smoothie demonstrations Friday. USPs are $450 for the weekend; upgrade at www.funfunfunfest.com.

East Cameron Folkcore, which has explored drummer options since basher Aaron Perez left to join Ume, sounded incredible last Saturday at the Hole in the Wall with Gorilla Biscuits drummer Luke Abbey on the kit. ECF continues its residency on the Drag on Nov. 15 with Austin Steamers and Bandhaus, while NYC hardcore essentials Gorilla Biscuits play FFF Sunday at 6:10pm on the Black stage, then continue the destruction at a Mohawk aftershow.

Riverboat Gamblers, whose FFF Nites appearance arrives in the good company of Rocket From the Crypt, the Briefs, and a Murder City Devils DJ set on Saturday at Red 7, are prepping a new 7-inch next month on End Sounds. The vinyl features a new original, "Dead Roach," and a cover of "Sound on Sound" by FFF title sponsors the Big Boys, whose guitarist Tim Kerr designed the sleeve art. The limited run of 500 includes 100 blue vinyl copies, which can only be purchased with Bitcoins.

It's a little-noted fact in punk rock history that in 1976 Jello Biafra was a roadie for the Ravers, a seminal Colorado punk band fronted by Austin's Marc Campbell, who owns turntable haven Sound Gallery (4930 S. Congress). "One of the main reasons Jello – he was called Eric then – would roadie for us was so he could get into shows underage, like the Ramones in Denver." Biafra's Guantanamo School of Medicine treats the Black stage Friday, 2:55pm, then the singer stages a spoken word performance in the Yellow tent Saturday, 3pm. Stay tuned to the Sound Gallery Facebook page for an announcement of the two friends' reunion. 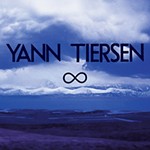