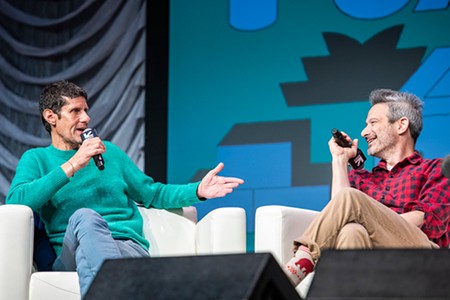 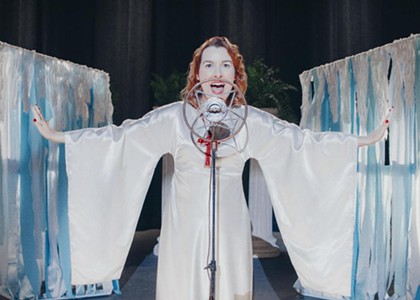 SXSW Film Review: Sister Aimee
It’s fitting that this movie about the 1926 disappearance of the famous evangelist and faith healer Aimee Semple McPherson pulls off a small miracle of its own. Sister Aimee is a scrappy period piece that supplants the things a bigger budget might have afforded with good choices about things that were under the filmmakers’ control.

DC Swoops Into SXSW to Kick Off Batman's 80th Anniversary
If you're looking to launch the global celebration of a certain Dark Knight's 80th bat-day, where better than a spot where a million bats make a choreographed flight into the night every sunset? So thought Batman publisher DC, which is kicking off its worldwide #LongLiveTheBat party at the Ann W. Richards Congress Avenue Bridge on Fri., March 15.

SXSW Music Review: Willie Nelson’s Luck Reunion
Now in its eighth year, the Luck Reunion at Willie Nelson’s Spicewood ranch has become one of the premier events during SXSW. The single-day festival mixing artists new and veteran boasts a diversity-expanding Americana. With Mavis Staples headlining a new stage dedicated to female artists, that mission struck more powerfully than ever on Thursday. 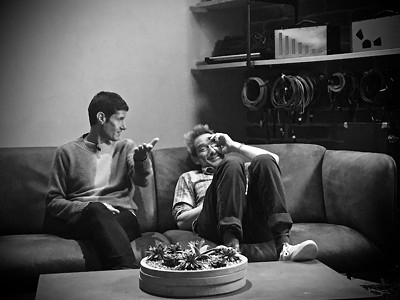 SXSW Music: Beastie Boys Talk Ill Communication in Austin Studio
“It’s a little sad to admit,” Adam “Ad-Rock” Horovitz sighed, reflecting on how often the Beastie Boys wore disguises – wigs, fake mustaches, and ludicrous outfits – in 1993 and 1994 for nothing but their own amusement.

SXSW Music Review: Amyl & the Sniffers
“This one’s called ‘Go Fuck Yourself,’” grinned Amy Taylor, spitfire vocalist for Australian boogie punks Amyl & the Sniffers, two thirds of the way into their Thursday night showcase. “No one else will.” 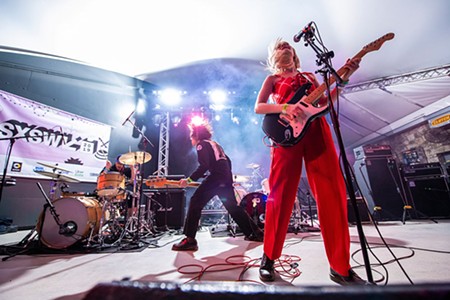 SXSW Music Review: Cherry Glazerr
The happy hodgepodge that is SXSW filled Stubb’s outdoors with a group just getting to know Cherry Glazerr on Thursday night. They didn’t sing along. In fact, the audience took a bit to get warmed up.