To Choogle or Not to Choogle

Everything you never wanted to know about choogle

Some words are so much fun to say it almost doesn't matter what they mean. So it is with the perpetually misunderstood swampy rock & roll term "choogle." It's one of those words - SF Weekly calls it a "nonsense rock verb" this week - that gets tossed around a fair amount even though its actual meaning is elusive. Choogle is nowhere to be found in any reputable dictionary, and according to UrbanDictionary.com, it also denotes using Google's recently added chat feature and a rather acrobatic oral sex act. If applied correctly, it's simply a synonym for awesome, and this nonsense rock verb is having a bit of a moment right now.

Reviewing Roky Erickson's sold-out April 13 show at the Brooklyn club Southpaw - his first-ever in the Big Apple - the New York Sun's Steve Dollar wrote, "Mr. Erickson cranked through such bug-eyed anthems as 'Creature With the Atom Brain' and 'Don't Shake Me, Lucifer,' straightforward rave-ups that invited the audience to listen past the choogle and hear the singer elucidate his nightmares."

But choogle is meant to be embraced, not overlooked. "Choogle is a debauched form of white-boy boogie, after white-boy boogie drank too much Old Crow and fell asleep on his deck listening to Grand Funk Railroad," SF Weekly's Frances Reade, profiling contemporary acid casualties the Assemble Head, writes in the paper's current issue. "Choogle has a nasty sunburn and a hangover, but he's still ready to party."

Is he ever. Choogle dates back at least to 1969, when it was coined by John Fogerty. Lord knows how he came up with it, but Fogerty advised listeners to "Keep on chooglin'" for eight whole minutes on Creedence Clearwater Revival's second album, Bayou Country. According to Fogerty, chooglin' - never, ever "choogling" - is what happens when "you got to ball and have a good time." While the working class is especially prone to chooglin' - "Here comes Louie, works in the sewer, he gonna choogle tonight" - it's ultimately open to all: "If you can choose it, who can refuse it, y'all be chooglin' tonight."

Choogle also became known as an especially funky form of travel once Fogerty stated his intention to "choogle on down to New Orleans" in the same album's "Born on the Bayou." Deposed former Village Voice rock scribe Robert Christgau, never, ever guilty of overanalysis, displays a firm grasp on choogle on his Web site's Creedence entry: "The energy implied by coinages like 'choogle' and 'ramble tamble' has more to do with vigor than with potency, more to do with simple activity than with sexuality. That distinction has its parallel in Fogerty's politics, which are less apocalyptic (and revolutionary) than activist (and liberal) - the politics of agape rather than the politics of eros." Word, Bob.

Thanks to Fogerty, choogle became inextricably, and somewhat mistakenly, linked with the South. But, as defined by "Proud Mary" and "Born on the Bayou," it's more of a rhythm than anything else: fluid, organic, undulating. Though the tempo varies, all choogle carries an insistent drive that just won't quit. Therefore, the lion's share of Sly & the Family Stone's newly reissued 1969 landmark Stand! could rightfully be called choogle, while some Southern rock icons are almost completely choogle-free. Choogle is rooted in the blues, but doesn't live there - the Allman Brothers couldn't choogle to save their lives. Lynyrd Skynyrd were capable of chooglin' - "Gimme Three Steps" and "Call Me the Breeze" come to mind - but certainly not "Free Bird" or "Saturday Night Special." .38 Special flirted with choogle on "Hold On Loosely" and "Caught Up in You," but more as a garnish than a foundation. Post-'68-comeback Elvis choogled all over "Burning Love," "Suspicious Minds," and Tony Joe White's "Polk Salad Annie," but was inevitably eclipsed by less choogly ballads like "Can't Help Falling in Love." More's the pity.

Like Fogerty himself, many of history's main chooglers hail from way outside Dixie. All-time choogler anthem "Takin' Care of Business" comes to us from Winnipeg, Canada, by way of Bachman-Turner Overdrive. Cleveland native Joe Walsh took choogle to new heights on "Rocky Mountain Way," and once they got going, the Grateful Dead could choogle for hours on end. Maybe even days.

Choogle has occasionally crossed the pond: Zeppelin's "Rock and Roll" and "Black Dog" and T. Rex's "Chariot Choogle" from 1972's The Slider, although both "Jeepster" and "Get It On (Bang a Gong)" choogle much harder.

Metal never, ever choogles, except maybe Motörhead's "Ace of Spades." Modest Mouse flirts with chooglin' a few times on latest We Were Dead Before the Ship Even Sank, but never quite follow through. Kings of Leon's "Holy Roller Novocaine," from 2003 debut Youth and Young Manhood, once promised to carry the choogle torch for a new generation, but abdicate those duties on last month's Because of the Times; they're now enamored of possibly the least chooglin' band in modern-rock history, the Pixies. The Blue Van choogles on last year's groovy Dear Independence (TVT), Ohio duo the Black Keys choogled up one side of La Zona Rosa and down the other back in December, and onetime Austinites Vietnam's recent self-titled Kemado album choogles start to finish like the hairy beast it is.

Sadly, local choogle practitioners are surprisingly sparse, unless you indulge in the Austin pastime of bending the rules. Then, magically, the choogle calendar becomes promisingly packed. Tia Carrera (Sunday, Emo's) and Gorch Fock (Friday, Typewriter Museum) both have a little choogle buried somewhere in their perverse oceans of noise, as do Honky (Friday, Red 7; Monday, Woody's South). King Tears, who choogled quite a bit on 2005's Rope Chair Needle, hit Lamberts Saturday. The Black, returning from their Pink Nasty tour next Friday at Hole in the Wall, work up a good choogle every now and again, as does San Saba County, sandwiched between the choogle-lite Brothers & Sisters and vaguely choogly Moonlight Towers Thursday at the Continental Club. Next Thursday's Stubb's headliners George Thorogood & the Destroyers, while infinitely more boogie than choogle, are close enough for government work, especially after a couple of beers. TCB could go on, but the shadows are growing long, and it's time to choogle on out of here. However, if you're hungry for a little more choogle, head over to Greg Beets' blog. 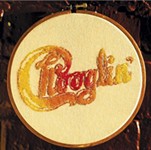