SAGE Studio is surprisingly small – it's an 8-by-10-foot shipping container converted into a combo work-gallery space on the grounds of East Austin's Shady Studios (828 Airport) – but its founders Lucy Gross and Katie Stahl and artists are providing a big boost for the art of individuals with intellectual and developmental disabilities.

"We didn't see that many opportunities for these artists," says Gross. "We saw this gap in Austin and more than anything, we feel like it's really important and really valuable for people in the art community to get to see and interact with these artists."

Part of that effort to garner a wider audience manifested in Friday night's opening of SAGE's fall show (their second exhibition since opening in May) – featuring six Texas artists with autism, Down syndrome, and other disabilities – which "Snapshot" documented while getting the lowdown on the studio's origins and future goals. 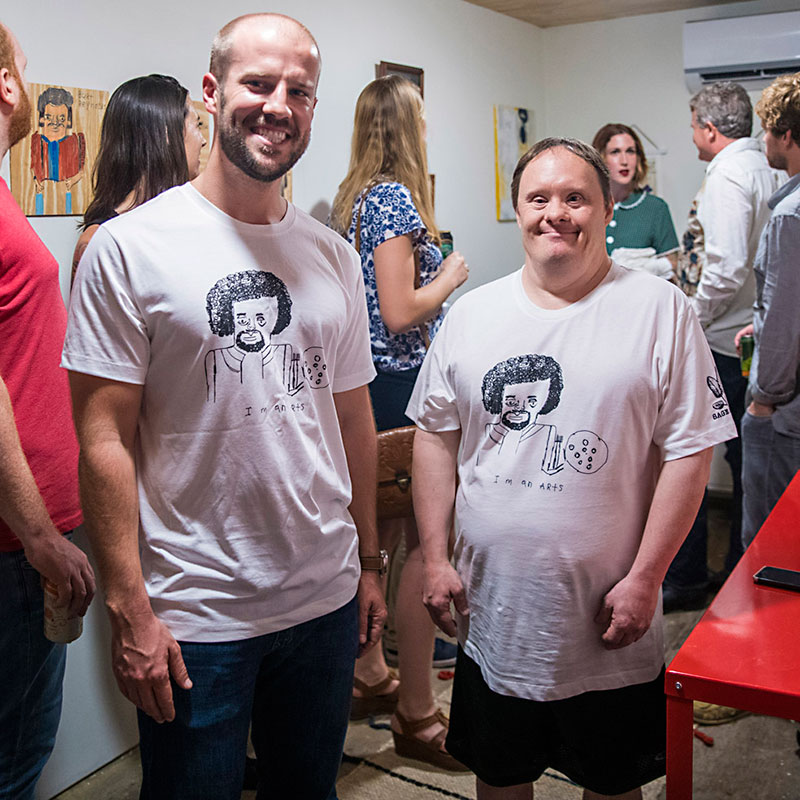 Inspiration struck four years ago when Gross and Stahl – then instructors at Arc of the Arts – met artist Rick Fleming (right), who specializes in portraits of pop culture figures, particularly gone-too-soon celebrities like Prince, Burt Reynolds, and Bob Ross, depicted here on a T-shirt available for purchase. "Half of why we did this was because we wanted to keep working with Rick," says Stahl. 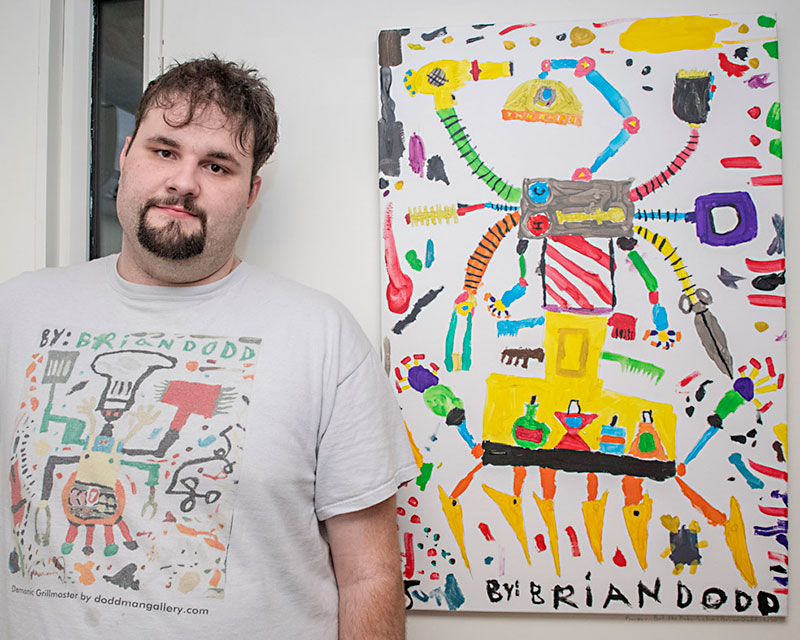 With Fleming as premier protégé, they set up shop in Gross' dining room and eventually upgraded to the current locale while taking on more artists to mentor and champion such as Houstonian "comedic antihero" painter Brian Dodd ... 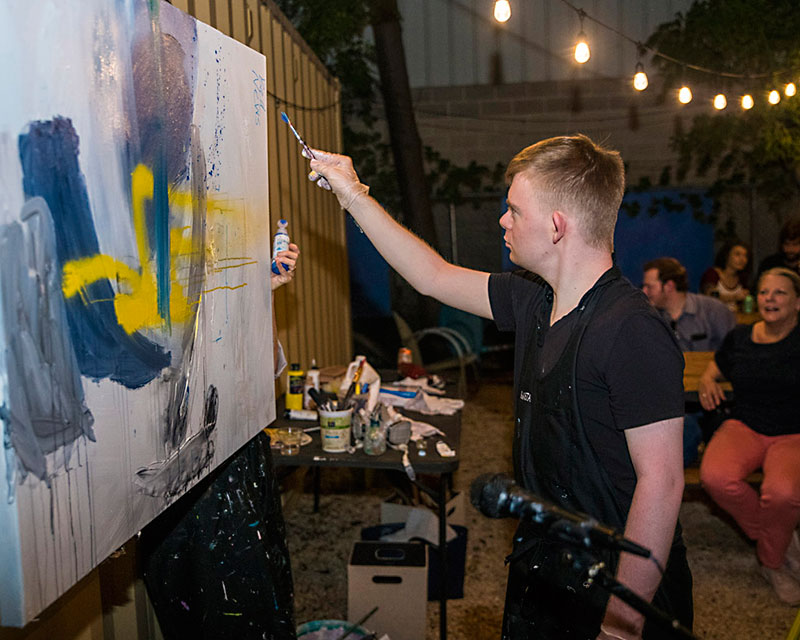 ... and Dallas-based abstract artist Charlie French , pictured below live-painting a piece at Friday's opening titled Bad News (inspired by thunderstorms witnessed en route to Austin): "A lot of what you hear about outsider art" – considered outside the realm or traditional training of contemporary art – "is the innateness of it," says Stahl. "The style and voice are so distinct ... that's not really something that these artists struggle with." 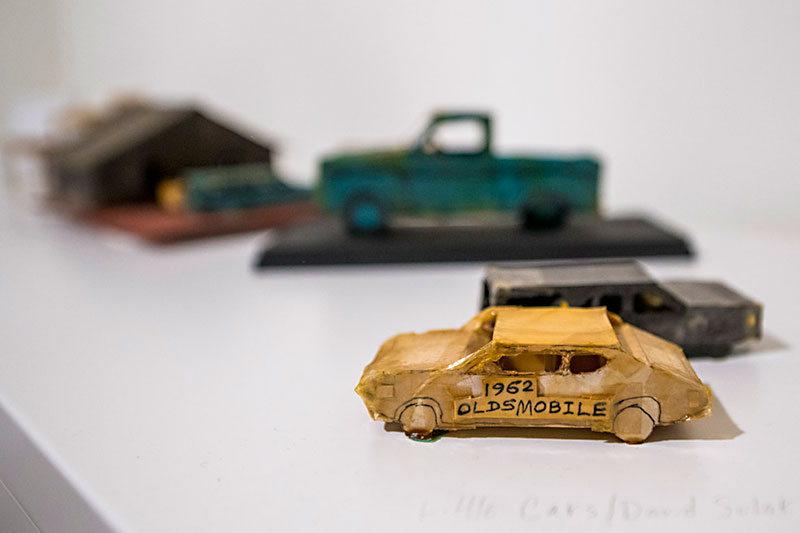 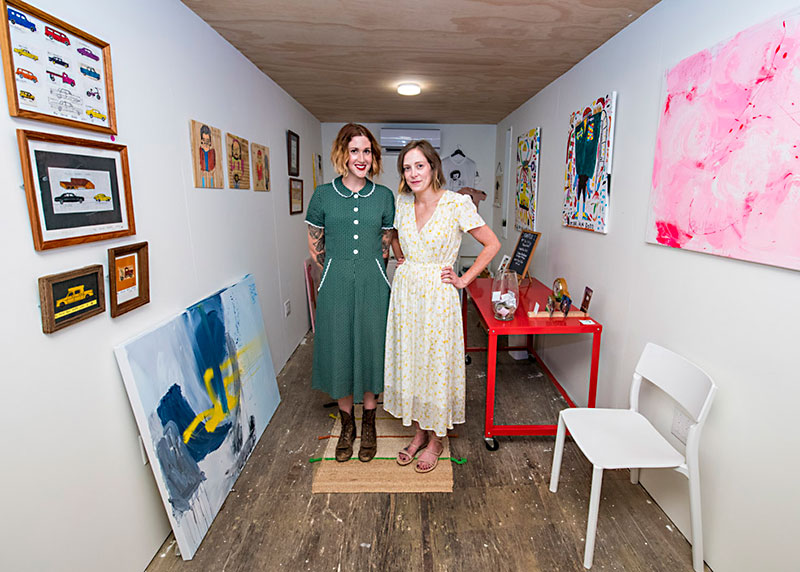 As a workspace for local artists and public gallery, the modest studio is a stepping stone toward sustainable widespread outreach for outsider artists with disabilities: "I don't think we're alone in seeing the value in this art," says Stahl. "In terms of the people who either have a stigma against this type of art or haven't been exposed to it, I would just say, come and see it. Because I think that's all that needs to happen for someone to have their mind changed." 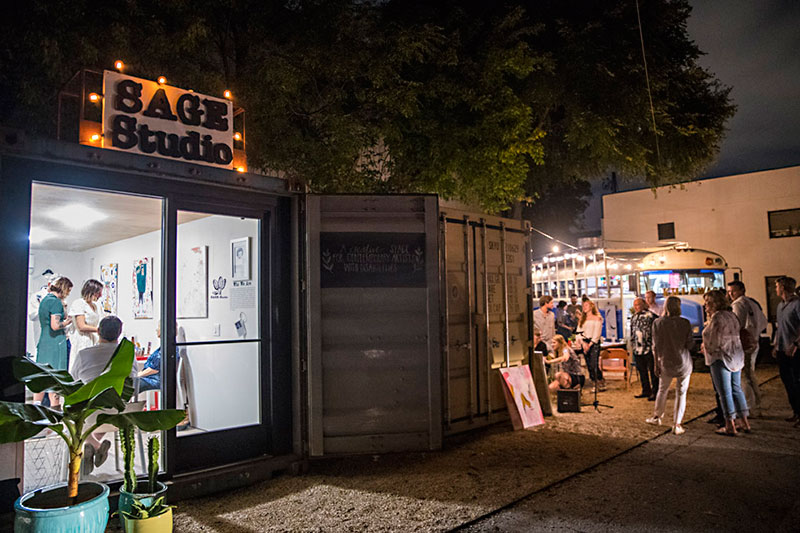 SAGE Studio at Shady Studios (pictured) is open Tuesday 10am-noon, Thursday 2-4pm, or by appointment, and is featured in the upcoming East Austin Studio Tour (Nov. 10-11 & 17-18). To see more from artists with disabilities, Gross and Stahl recommend checking out VSA Texas and Arc of the Arts at the Arc of the Capital Area.