Lawyers' terrible job not enough to overturn a death sentence 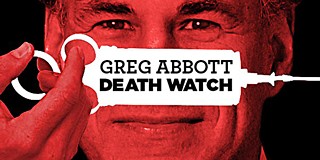 Richard Vasquez didn't deliver the final blow that killed Miranda Lopez, his girlfriend's 4-year-old daughter, whom he was said to have informally adopted, but on June 22, 1999, a jury determined that he was responsible for causing her to fall off of a bathroom stool and hit her head on the floor, the fatal injury.

Vasquez, 18 years old at the time and living with his girlfriend Brenda, Miranda, and his and Brenda's daughter, 4-month-old Meagan, at his aunt and uncle's house in Corpus Christi, came home the afternoon of March 5, 1998, annoyed that he had to babysit the children instead of, as he testified at trial, stealing things so that he could sell them for money to buy more heroin, and decided to take his anger out on Miranda. He hit her repeatedly on the front part of her head, then told her to go outside while he injected heroin and lay down to take a nap. When he awoke he called her inside to brush her teeth. She went into the bathroom, climbed on the stool, and fell onto the floor. Vasquez pulled her up, put toothpaste on her toothbrush, and left the room. When he came back, she was facedown in the sink.

Paramedic neurosurgeon Dr. Michael Burke, who performed surgery on Miranda, concluded that the girl had suffered severe trauma to the head, and diagnosed her as a victim of child abuse. A sexual assault nurse determined that she'd also been sexually violated, causing severe injuries. Vasquez was arrested that afternoon and charged with capital murder. He was convicted and sentenced to death on June 24, 1999.

In writs filed with the state and federal courts, appellate attorneys have noted the lack of preparation his three trial lawyers put into the case. They did not follow a psychiatrist's suggestion that Vasquez undergo neurological testing, did not employ a mitigation specialist (though they had sufficient funding to do so), did not discuss possible mitigating evidence with members of Vasquez's family, and never met with his biological parents. Trial counsel proved "completely unaware" that Vasquez's father introduced him to heroin at age 12, and did not know during trial that his mother's heavy drinking during pregnancy caused fetal alcohol syndrome.

"Defense counsel ... interviewed the Vasquez family members for mitigation purposes in the hallway outside the courtroom," noted a 2006 federal habeas petition. "A last-minute interview conducted in such a public setting simply could not have been sufficient."

Still, Vasquez's post-conviction efforts have thus far proved unsuccessful. He lost both habeas petitions, and was denied an appeal to the U.S. Court of Appeals in 2008 and a 2011 petition to the U.S. Supreme Court for a writ of certiorari. The only event stalling his execution's course came when the attorney general's office reset the punishment from Jan. 15 to April 23 when it was discovered that former Governor Rick Perry would be out of town. However, at press time, Vasquez's attorneys were putting the final touches on yet another habeas petition and a motion to stay the execution.

In a blog post dated Feb. 20, 2008, Vas­quez made a pitch for a second chance. "Being convicted of a Capital crime ... means that these same people believe that I am unrehabilitatable," he wrote. "This is actually quite [a] feat considering that no one has ever attempted to rehabilitate me.... If no one has tried, how do they know that I am beyond help?"

Vasquez will be the seventh Texan executed this year on Gov. Greg Abbott's watch, and the 525th to be executed by the state of Texas since it reinstated the death penalty in 1976.