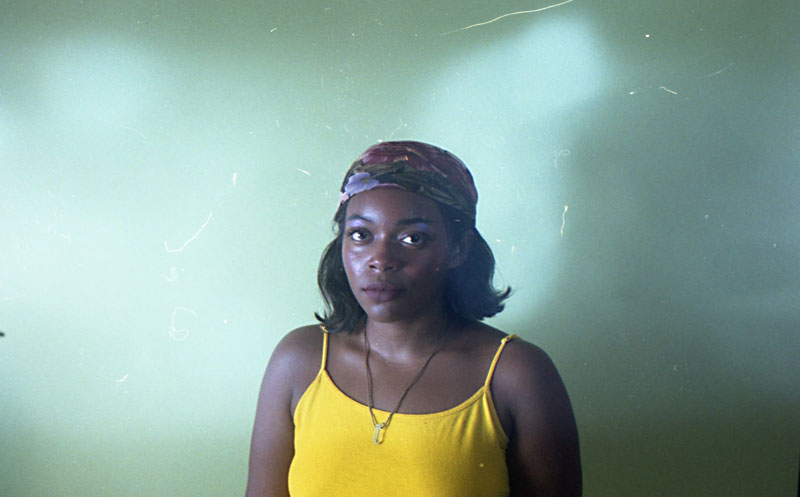 When Austin musician Kendra Sells shared with a friend her new solo work, they suggested the description "club punk." It's an apt encapsulation of All in Your Head, an exploratory dance of distorted guitars, anarchic structures, and magnetic beats rooted in Sells' vocal expertise. Released with Richmond's Quiet Year Records, the singer calls the seven-track EP "a whole rendezvous of whatever I have going on in my head."

"I've never been good with placing genres, especially with the EP being kind of all over the place," she says. "I had just started learning Ableton. I've never owned cool pedals or a good amp, so it was really exciting to mess around with so many tones. The whole thing felt very playful. I was just trying things out and enjoying myself."

All in Your Head presents Sells' first release outside San Marcos neo-jazz group BluMoon, formed in 2017 during her studies at Texas State. A Moldy Peaches-inspired youth, she drafted three music majors into the crew and began developing her band-leading presence on area stages. Pandemic layoffs and a move back to her hometown of Austin inspired Sells to self-produce her own album.

"There's no need to limit yourself, and I felt more limited with BluMoon," she explains. "I kept getting told, 'This is the kind of band you are; you're an R&B singer.' I like R&B, but it's not the music I sought out to create. The moment you have a Black woman on anything, it's like, 'Oh, this soulful, R&B take on blah blah blah.' I know that genre lost us a couple of opportunities."

The singer also recalls stifling experiences like placement on rap showcases in her early folk days, and suggestions that she contribute to the college radio hip-hop show. Rather, Sells loves Ween, whose albums jumped around the genre spectrum. Upholding her album's punk portion, sludgy "Wondering//Bad Doctorzz" rails against racism in health care.

"It's traumatic after a certain amount of times – being gaslit by doctors, having all these bills," furthers Sells. "I think of the doctors in that song as cops, because they're supposed to protect us, but we're not going to get the help we need."

Synth-pop sunspot, "Call Me When Ur Dead" features bassist Kinseli Baricuatro and percussion by album co-producer Jared Marxuach (Glasshealer). An ode to jazz heroes such as Sarah Vaughan, the delightful "Crawlspace" provides an unadorned look at Sells' stunning voice. A guitar-toting "Wonderwall kid," vocal training videos reconnected the performer to her central instrument over the past year.

"It's my body," says Sells. "With guitar, you're playing with your hands, but you're not playing with your diaphragm and your lungs and all that. I gained such a new perspective on how singing really is about baring your soul. A lot of people don't sit with that truth." 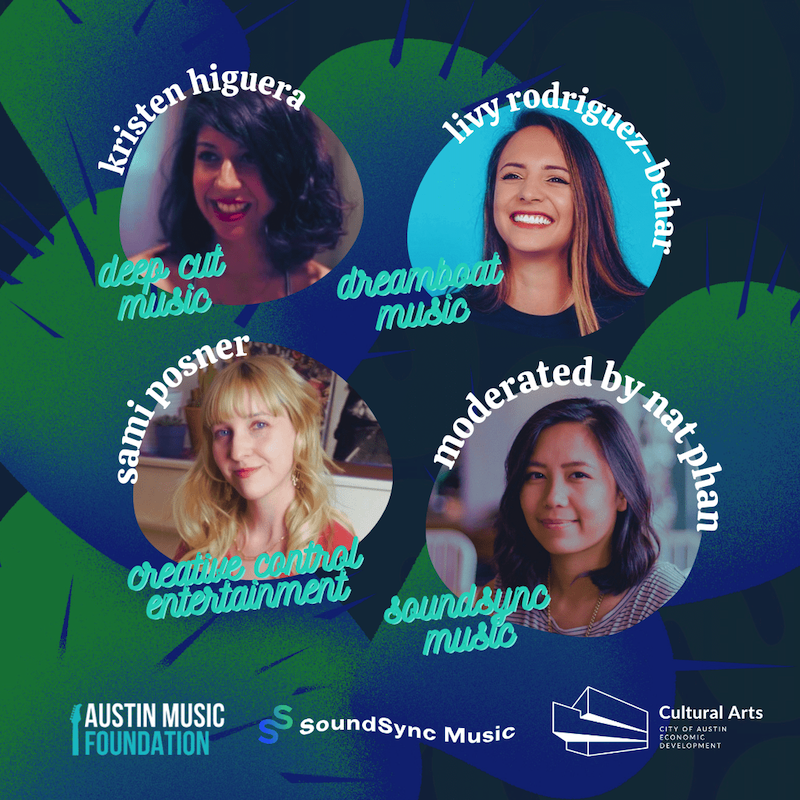 Austin-based Kristen Higuera read up on Russian folk and transcribed a Beethoven B-side for the forthcoming season of Hulu's The Great. She pulled from TikTok for HBO's Gen Z drama Generation, and is especially proud of an episode opening with the song "Popping Bitch" by Baby.com. The Texas native is a music coordinator at Deep Cut Music (deepcutmusic.com), a music supervision company founded by local Maggie Phillips.

Higuera joins Livy Rodriguez-Behar (Dreamboat Music) and Sami Posner (Creative Control Entertainment) for free Austin Music Foundation panel "IN SYNC: Pitching to Music Supervisors." Co-presenting SoundSync Music founder Nat Phan, one of the Chronicle's "20 of 2020," kicks off with a workshop on licensing for artists. Join via Zoom next Thursday, May 27, 6pm, and preview Higuera's expertise below.

On placing Texans on TV

"Maggie is very passionate about hometown music. Most of our shows are based in L.A., but the CW's Walker was our first one shot in Austin. On Walker, we've placed Chill Russell, Tomar & the FCs, Swells, and Mamahawk from Nat's [SoundSync Music]. Locally, Sadie & the Ladies and Loteria and others are also in episodes."

"Trying to get on Spotify playlists is totally beneficial, even local ones. I love KUTX and anything like 'Austin indie.' I'll creep through random people's playlists. If the name catches my attention, like 'Crying on the Subway,' I'm going to save that for future reference."

"If someone's tagging #Austinfolk on social media, now I can look that up if we ever have a spot. Throw all the darts; put all the subgenres. Even if you're like, 'Is it experimental folk?' someone else can decide, because music is so subjective. Genres are helpful for finding something really specific, like an artist that sounds like the Carpenters. If someone on Reddit is writing, 'My music sounds like the Carpenters,' that's great."

"We always check out everything sent to us, even if it's unsolicited. That's how I met Nat. She sent over a playlist, introduced herself, and we ended up using her catalog on a couple shows. For cold emails, it's nice when people give an introductory paragraph on their music."

Kent Benjamin, 67, programmer for the capital's answer to MTV in the Nineties, the Austin Music Network, and a longtime contributor to both the Chronicle and Pop Culture Press, died last Friday in Hot Springs, Ark., after protracted health issues. The next day, May 8, drummer Scott Laningham, 61, timekeeper for jazz combo Church on Monday and Lone Star greats including Christopher Cross, Alejandro Escovedo, and Kat Edmonson, passed away from heart-related issues. Wrote the former in these pages about a favorite subject: "The problem with every Who biography – everyone closely involved with the band drank heavily, sometimes did a lot of drugs, and most importantly, never failed to let the truth interfere with a great story." Mused the percussionist on his website: "With so much loss in 2020, I'm trying to celebrate the richness of where we've come from through music, memories, and more." 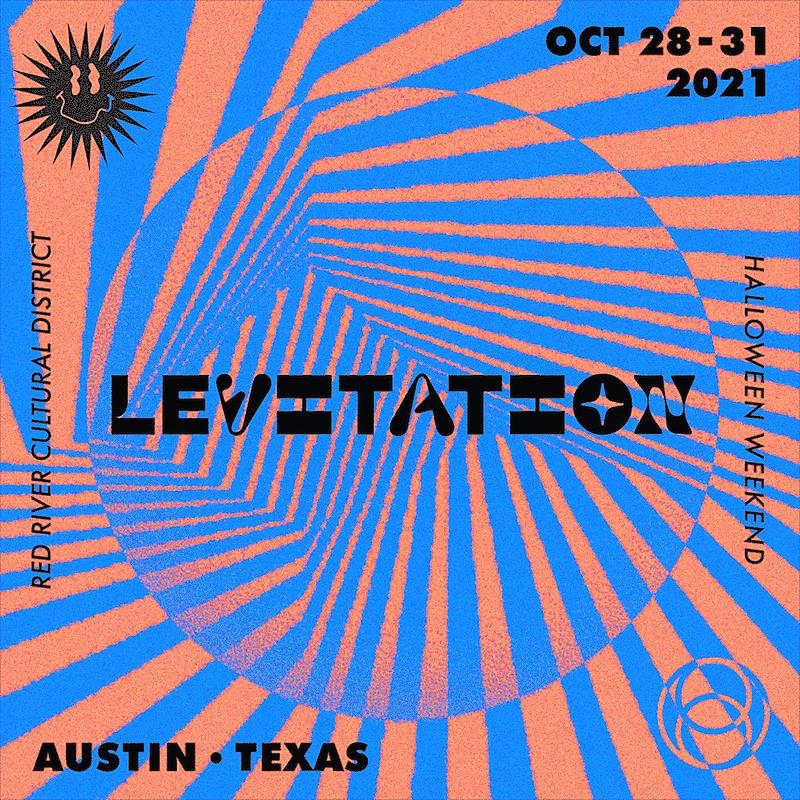 The Go-Go's join the Rock & Roll Hall of Fame come October. Native Austinite and group bassist Kathy Valentine, recipient of the "Best of Austin" award for Nonfiction Writer via memoir All I Ever Wanted, recently told The Los Angeles Times: "We had the material. We had the charisma. We had the timing. We had all the stuff you need to have. That was all overshadowed or dismissed or written off for many, many years."