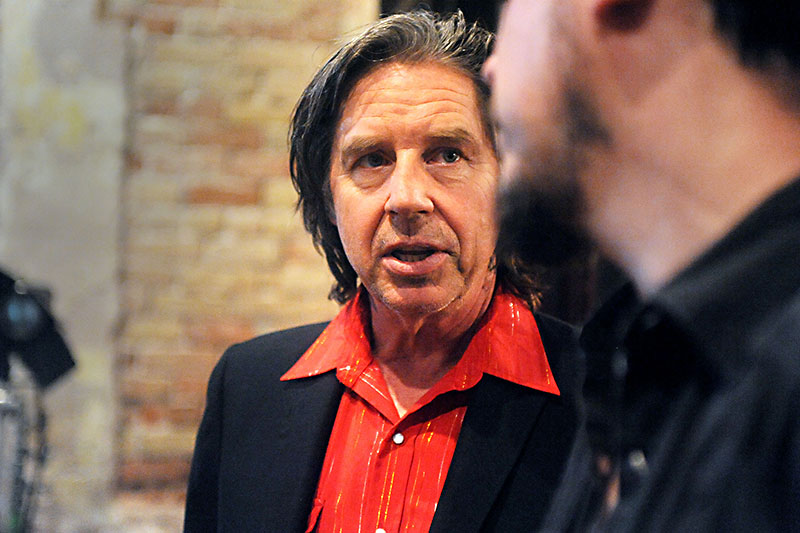 Nevertheless, the 63-year-old troubadour, actor, author, and poet must hang his hat somewhere at the day's end. While forever associated with California, Doe's leaving the Golden State and taking up residence in the land of Lone Star.

"I'm moving to Austin for an adventure," Doe tells "Playback," stopping short of saying exactly when.

The prolific singer/songwriter, who also founded primo cowpunk upstart the Knitters, says he's tight with lots of Austin folks. That includes frequent collaborator Jesse Dayton, also X's go-to guitar substitute, but not his co-bandleader in that act, X-wife Exene Cervenka, who indicated she was relocating to Austin in a 2014 Rolling Stone interview, but never made the move.

Another appeal: Doe says he can afford to buy a house here rather than perpetually rent in California.

"I've liked Austin ever since Randy ["Biscuit"] Turner said 'Hey, man, come on down,'" says Doe, recalling X's earliest visits to the state capital in the late Seventies – playing with the Big Boys at Club Foot. "The early shows were raucous. Everybody was trying to prove how punk rock they were. One of the shows, within the first two or three songs, someone threw a pitcher of water or beer on [X guitarist] Billy Zoom.

"Billy doesn't like that kind of stuff, because it messes up his guitar, so he walked offstage. Chris Gates, the Big Boys' bass player, got up, grabbed the mic, and said, 'Okay, this is how it's gonna go: The next person who throws something, I'm going to kill the whole area.'

"He was a big motherfucker too."

Doe, who released one of his finest solo efforts last year with dark Americana disc The Westerner, plays a "local" show Valentine's Day at the Cactus Cafe. The one-man set will pull from his songbook, potentially covers, and definitely X material.

"It's gonna be all love songs," he teases. "I'm not saying it's all gonna be happy."

Asked whether he's going to be visible on the Austin music scene or keep a low profile like legendary onetime Austin resident Robert Plant, he lets out a loud laugh.

"That's the first time my name has ever been mentioned with his," he chuckles. "I'm just gonna get there and live like an Austin citizen. I'm going to go to all the protests and I'm going to play at the Hole in the Wall on the Saturday of South by Southwest."

Adam Nurre slept in the back of Porter & the Bluebonnet Rattlesnakes' tour vehicle last October when an inattentive trucker steamrolled it from behind. The wreck on a North Carolina highway claimed the lives of his friends and bandmates Chris Porter and Mitchell Vandenburg, both of whom died at the scene.

"To say that it was the hardest thing I've ever been through is the understatement of the century," sighs Nurre, the group's drummer. "These two dudes were my brothers. Mitchell and I toured nonstop. We probably played 400-500 shows together. Porter was the person I'd call on a night off to have a beer or grill. I was with them every day.

"The aftermath is that these two huge figures in my life are gone, and dealing with that has been a huge challenge."

Nurre suffered broken bones in his left arm, breaks in both his feet, plus damage to his ribs, back, neck, and shoulder. The beat keeper, who usually spent half his nights onstage, couldn't play for nearly two months.

"It was soul-crushing, but when I picked up the sticks again it felt like an achievement. I knew then that eventually things were going to be okay," says Nurre, whose first show back was performing Porter's songs at a local, mid-December fundraiser to release his posthumous album. "It was so good. We were all feeling the same loss, in the same place. Grieving in a community setting was therapeutic and cathartic."

Nurre says the support he's received from the Austin music community as well as from friends and the families of Porter and Vandenburg has been a silver lining in dark times. In the days following the crash, Reenie Collins at Health Alliance for Austin Musicians (HAAM), Brad Pierson of the SIMS Foundation, and Marc Fort at the Texas Music Office came to his rescue via healing and financial help. Several memorial events have honored his bandmates, and now Friday, friends of the trio come together at the Hard Luck Lounge to raise money for Nurre and the families of the departed.

Planning to start anew in Nashville, the drummer will back Carson McHone and Garner Sloan. The lineup also includes Ben Ballinger, Haydon Hoodoo, Josh Dodds, Mayeux & Broussard, Bonnie Whitmore, and Matt Phebus. Beginning at 5pm, the benefit also stars the red washing machine Vandenburg used as accompaniment for his eclectic Chester B. Bumblecrumb performances. Donate to whack it with a baseball bat.

"The music community in Austin is a tight-knit family," says Nurre. "We all struggle, grind it out, and try to make it in town, but when something bad happens to one of our own, everyone comes together."

For three and a half decades, songwriters have been telling their stories through Congress House Studio, Austin's oldest continually operating recording facility. In new documentary The Shopkeeper, singer Rain Perry utilizes the recording facility and its workmanlike audio mystic Mark Hallman to dialogue about studios struggling to survive in the streaming age.

The doc bulges with testimonials from Congress House devotees, including Ani DiFranco, Eliza Gilkyson, Tom Russell, Johnny Goudie, and Sara Hickman, all of whom make it clear what an inspiration owner/producer Mark Hallman has been on their lives and music. A multi-instrumentalist who produced/backed Carole King and led Capitol Records' Navarro humbly deflects praise to the magic of the building, calling it "one big, giant instrument."

"When I started making the movie, I was so frustrated with the music business, but Mark is so relentlessly optimistic and he loves making music so much that it kept me from going too dark," says Perry, who's recorded three albums with Hallman. "The spirit of needing to create is what prevails."

The Shopkeeper screens exclusively at the Alamo Drafthouse South Lamar on Sunday, 4pm, followed immediately by a musical afterparty at the One-2-One Bar.

The Moody Amphitheater, a 5,000-capacity music and performance arts venue to be erected in Waterloo Park, was announced last Sunday. Local megaphilanthropists the Moody Foundation bestowed the Waller Creek Conservancy with a $15 million grant to create the project, slated to feature a fancy-sounding "steel and translucent stage-house structure," which is set to open in 2019. 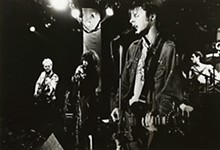 Punk Legend John Doe Presents at AFS Cinema
The L.A. to Austin transplant on acting: "I want to be sideways!" 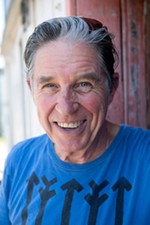 X Frontman John Doe Has More Fun in the New World
Living quietly in Austin for two years now – and only for hours at a time!