Outlander Is the Rare Adaptation That Gets It Right

Diana Gabaldon's best-selling Outlander book series has finally been brought to the small screen in a 16-episode series on the Starz cable network, making fans – and I'm one of them – deliriously happy. 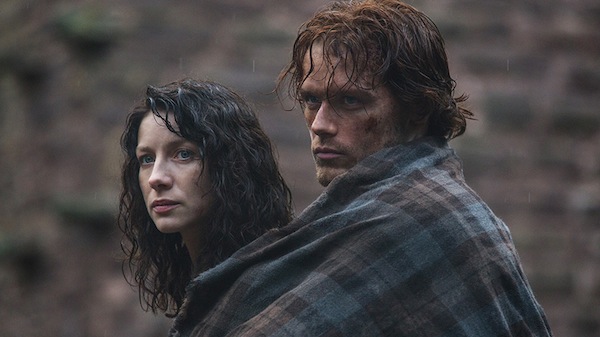 According to Variety, the Aug. 9 premiere episode attracted more than 5 million viewers with a multi-platform roll-out, and the overwhelmingly positive response prompted the network to order 13 more episodes based on the second book in the series, Dragonfly in Amber.

Like many fans of Gabaldon's eight-book Outlander series, I've waited more than 20 years to see the visual manifestation of the author's rich and historically accurate imaginary world and the compelling characters who inhabit it. Over the years, four different movie producers optioned the first book with the idea of making a feature, but Gabaldon was always somewhat reluctant to see the epic (and continually expanding) story compressed, and none of those efforts ever came to fruition. It's likely that most fans had some personal ideas about casting or envisioned our own versions of Craigh na Dun, Castle Leoch, and the Fraser family home at Lallybroch. Executive producer Ronald D. Moore (Battlestar Galactica) is now busy creating that world and bringing it to us on Starz. A successful producer of long-form television, Moore has quickly proven he's the right man for the job.

Now that I've seen the first three episodes of the show, I'm as sold on the show as I am the book series. Everything from the casting of virtual unknowns to Bear McCreary's evocative score to the Scottish Highland locations comes together to present an authentic version of the story.

It's possible the casting of Jamie Fraser was as hotly debated among this generation of book fans as that of fictional heroes Rhett Butler and James Bond before him, though this time the debate was done online. (As the novels continued to progress over the last decade, Scottish actor Kevin McKidd became my visual image of the older Jamie in the later books, but he's now too mature to play the story from the beginning.) The choice of relatively unknown (at least to U.S. audiences) Scottish actor Sam Heughan as Jamie appears to be a bit of genius casting – he looks younger than the 34 years listed in his bio, doesn't bring the baggage of previous characterizations to the distinctive role, and has the physical presence to make us believe he's the kind of man that other men will follow and women will lust after. Gabaldon herself has said of Heughan, “That man is a Scot to the bone, and Jamie Fraser to his heart.” That endorsement is good enough for me. 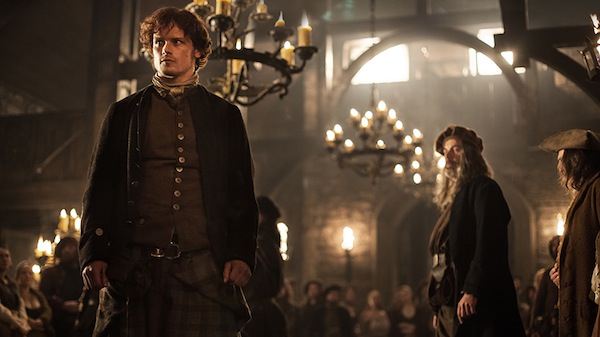 The overwhelming success and longevity of the Outlander book series is often attributed to the fact that Gabaldon created such a strong and intelligent heroine in Claire Beauchamp Randall. Irish model and actress Caitriona Balfe embodies Claire's intelligence and assertiveness as well as her passionate nature. While Claire's confidence and knowledge of 20th-century medical practices runs her afoul of most of the men she encounters in 18th-century Scotland, her brain is a big part of what attracts both the men in her life, college professor Frank Randall and Scottish Highlander Jamie Fraser. Balfe's portrayal evokes Claire's sexuality all the while making us believe it's her smarts that will ultimately save her. 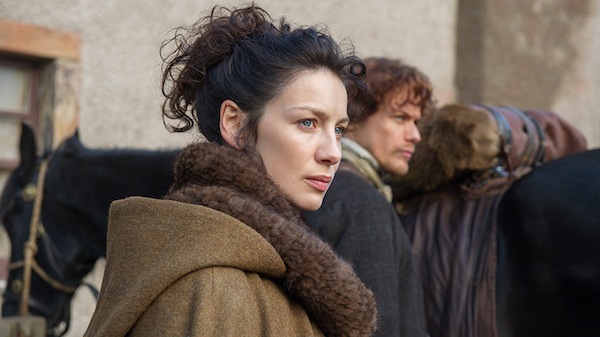 Composer Bear McCreary proudly claims his Scottish heritage and was seemingly the perfect choice to create the score for the Outlander series. Whether it's the wistful longing of the main title theme ("Skye Boat Song"), the haunting and plaintive airs that foretell mystery and danger, or the jaunty jigs and reels that accompany action sequences, McCreary's score weaves together original music with traditional folk tunes to richly enhance the authenticity of the whole endeavor.

Author Diana Gabaldon was one of the first American fiction writers to use the Internet to promote her work and engage with her fans. A research professor before she became a best-selling novelist, Gabaldon recognized the power of the Internet early on and has long used it to her advantage. These days, she interacts with fans via a website and various social media platforms. That online engagement is a big factor in the promotion of the new Starz series (no need for overnight Nielsen ratings – just check the traffic on Twitter!), and Gabaldon as well as major cast members regularly respond to fans. For newcomers who'll be introduced to the books by the television series, learn more about Gabaldon here and join the conversation about the shows here. And welcome to the Fraser clan! There's always room for more under our plaid.

The fourth episode premieres Saturday, 8pm, on Starz. Preview below.