Marvel Vs. DC Comics: Who Clobbered Whom?

The Dionysium's comics debate did not turn out as predicted 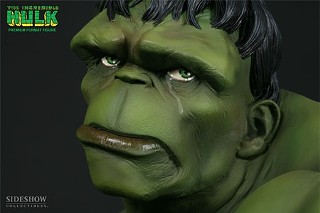 Me no win? Hulk inconsolable.

After Wednesday's exuberantly – one might even say aggressively – confident post predicting his victory in that evening's Dionysium debate about Marvel being better than DC, you've no doubt been breathlessly awaiting Chronicle Arts Listings editor Wayne Alan Brenner's account of his triumph over Chron Arts editor Robert Faires.

I'm sorry to be the one to break it to you, True Believer, but I'm afraid that Brenner can't give you one.

Galactus, the Devourer of Worlds, has a little indigestion today. The incredible Hulk feels more like puny Banner.

For despite my esteemed colleague's insistence that he would trounce me handily – nay, by Odin's beard, "vanquish" me, quoth he – despite his valiant efforts at channeling the hipster hypester spirit of Stan "The Man" Lee, on this site and at the debate podium, despite his staunch and impassioned testaments to Marvel's revolutionary developments in the field of comics, Brenner and the entire Marvel Universe could not "clobber", to borrow my worthy opponent's phraseology from the earlier post, "ol' Faires and his DC dunderheads." In the eyes of the assembled at the Alamo Drafthouse South Lamar, who voted on the winner after hearing the arguments, Marvel is not better than DC. (Which is not to say that DC is better, merely that Marvel could not claim the superiority that Brenner was assured was his.)

And since he has not followed up on yesterday's promotion of the "Debate of the Century" (his words), it falls to me to report on the event.

So how does one successfully argue that DC is at least the equal, if not the superior, to the mighty House of Ideas? By going after Stan the Man like the Punisher after a mob boss, with a little character assassination over his formulaic development of the Marvel U, for one, and by arguing that 50 years of uninterrupted continuity for a "Universe" largely centered in one East Coast city has left Marvel as insular, incestuous, and unfriendly to newcomers as a long-running TV soap. It also helps to have Superman, Batman, and Wonder Woman watching your back and to have a backlog of exceptional, groundbreaking comics stories and graphic novels like Watchmen, Sandman, Batman: Year One, All-Star Superman, Fables, and many more that you can shamelessly reel off.

And it most certainly helps to make your case with as much vigor, if not verbosity, as your rip-roarin', pulse-poundin', adjective-slingin' competitor. I was prepared to lose – how could I not, after being assured all week that it was a certainty? – but determined to go down swinging. And what that insured was what mattered the most: that the Dionysium audience got a lively and entertaining debate.

It was an honor and a pleasure to be a part of the Dionysium's exceptional tribute to the comics art form, but if it's all the same to you, True Believer, I think I'll hold off on participating in any more Marvel vs. DC debates until the next DC Universe-shattering Crisis … or the Yancey Street Gang stops picking on the Thing. In either case, it ought to be a nice long time.

The Dionysium at … HPT?
What dire, contrail-spewing, conspiratorial forces are to blame?

Gettin' Buggy With It? Yes: Gettin' Very Buggy With It
The Entomological Society of America's annual shindig: Now in Austin!