The Man From Beijing: A Novel

The Man From Beijing: A Novel


I don't want to recommend this book to you, friend. I'd rather repeat earlier recommendations for Henning Mankell's ongoing series of mysteries featuring police Detective Kurt Wallander.

Problem is, this Man From Beijing is an international bestseller – it proudly says so on the cover – and so, unsurprisingly, it reads like an international bestseller. Not one like The Name of the Rose, say, or even The Silence of the Lambs – to name only two tales that transcend marketplace hype – but more like some latter-day Ludlum or Trevanian brick o' text. Which, if that's your thing, more power to you, but I've always found that the filmed versions of those are better than the original books and have wondered: What's the point of writing other than a screenplay of such material in the first place?

Mankell's newest is a globe-trotting thriller of a novel, featuring Swedish Judge Birgitta Roslin investigating a series of crimes that is brought to her notice by a mysterious massacre in a small village and that ultimately spans centuries and continents. It's a hell of a deeply researched and well-structured work – for the writer. For the reader, the story's a time-passing implement infused with enough character development to lend it some emotional heft, but also weighed down with global sociopolitical revelations that this reviewer would've preferred to read, essaywise, elsewhere, unencumbered by the machinery of plot or narrative. As it is, some of the revelations are delivered as a long speech (delivered before a committee, no less) by one of the characters, effectively stopping the action for a little look-what-I've-discovered-about-the-world seminar.

And Judge Roslin, well, the quotidian of her middle-aged life could work as a fine counterpoint to the deadly shenanigans and political intrigue, but they seem ho-hum and tokenish here. Kurt Wallander, the fictional dick whose exploits propelled Mankell to bestseller status, he's an ordinary person, too – but an ordinary person with a much more compelling personality, and, you read a couple Wallander novels, it's like visiting over coffee with an aging, curmudgeonly, diabetes-denying old friend – whose territory of detection tends toward the more Swedishly local and familiar, with side trips to London or Beijing not part of the down-home program of intriguing mayhem. The Wallander oeuvre seems less ... contrived, y'know?

At least, that's one man's judgment.

The Latest in Paper
The Diabetic Swedish Detective, Collected 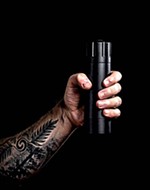 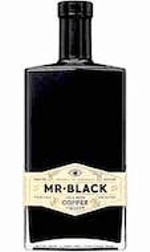