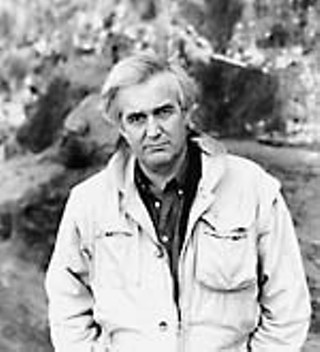 Faceless Killers, The Dogs of Riga, The White Lioness, Sidetracked, The Fifth Woman, One Step Behind, Firewall 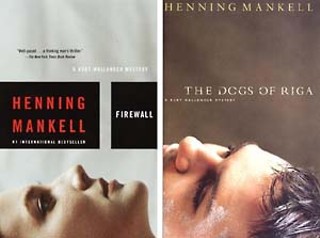 Sweden is popularly known, in part, for its abundance of suicides, but that doesn't mean it's innocent of murder. And some of the murders are going to be premeditated: by a cunning serial killer, by someone wronged and vengeful, or maybe by a dangerous cartel out to increase its range of power.

The reason for or perpetrators of these murders, then, will be a mystery. And that's where the police detectives come in. Further, some of these mysterious murders will take place in and around a certain midsize city in southern Sweden. And that's where Kurt Wallander comes in.

Wallander, a senior detective with the Ystad Police Department, is the focus of a series of international bestsellers by Swedish author Henning Mankell. Police procedurals, these kinds of novels are called, but these books are about police procedure the way Philip K. Dick's science fiction was about Star Wars: not really. Dick's work is mentioned here because there's a similarity of tone within the Wallander stories: Seldom have depression, human foibles, and general quotidian misery been so authentically evoked in popular fiction. The serial killer who executes his victims with a tomahawk, the cyber-criminals who are hacking their way to global chaos, the racist conspirators killing non-Swedish refugees; these antagonists and their crimes are just an excuse to enter, not too shallowly, the life and work of our friend Kurt Wallander.

Not a habitual reader of police stories, I don't know if the way in which Mankell delineates the actual procedures used by Wallander and his cronies is especially well done, although reviewers the world over have little else besides good things to say about it, and it works for me. What I do know is that it's damned interesting to see how Wallander is affected by the cases he deals with, and how he simultaneously copes with all the other vicissitudes of life. Over the course of several novels, the embattled cop has to contend with divorce, a father with Alzheimer's, a daughter up to God only knows what, the dissolution of various friendships, the onset of diabetes, and, always, his own half-assed machismo and notoriously short temper. Wallander himself is the reason these novels are so good, and Mankell makes sure we get plenty of him. Yes, you might find more enjoyable things to read in the vast world of pop literature -- but don't kill yourself trying.