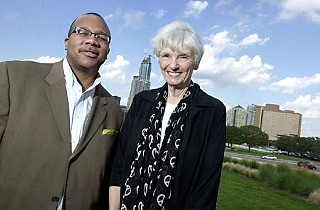 This plan was supposed to be different.

The CreateAustin Cultural Master Plan, commissioned by the city of Austin three years ago to map out where the city's creative industries and activities should be in 10 years, was supposed to be that long-range plan that didn't wind up ignored and gathering dust on some bureaucratic shelf.

So here we are, almost 16 months after consultant Bill Bulick and a citizen task force delivered the plan to City Council, and it has yet to be adopted by that body. Now, if the governmental entity that generated the plan in the first place hasn't even signed off on it, is CreateAustin really so different after all?

The reason being that, even without the city's stamp of approval – which may yet be coming – the plan is being implemented. Over the past year, dozens of citizens who took part in the 18-month development of CreateAustin have continued to meet and work out ways to turn its 33 recommendations from task forces on cultural infrastructure, built environment, support for individual creativity, creativity and learning, financial resources, and communications and collaborations into reality.

That was always how it was meant to work. When the city convened the first CreateAustin meeting in December 2006, it was stressed that this plan would depend on citizens not only to design Austin's cultural future but to bring it into being themselves. Unlike some earlier attempts at cultural planning here, there would be no handoff to City Hall, with the municipal government expected to run the plan down the field for the score, and participants accepted responsibility for carrying the ball to the goal line. Still, considering that they spent nearly two years forging the CreateAustin plan and that City Council received their efforts with all the enthusiasm one might accord a dead mouse dumped upon the doorstep by one's cat, one could hardly have blamed them for feeling worn out and wanting to move on.

And yet three months after presenting the plan to City Council, when CreateAustin Chair Cookie Ruiz put out a call for help with implementing the plan, 35 people answered. And people continued to contact her throughout the fall, seeking ways they could be involved in the action phase of CreateAustin. A core group determined which aspects of the plan to tackle first and channeled all the volunteers into seven new action teams: Advocacy, Creativity and Learning, Public Relations/Spread the Word, Philanthropy/Finance, the Downtown Austin Plan, the Creative Alliance, and Best Bets/Easy Wins. Those teams began meeting separately in the first half of 2009, with team chairs reporting their progress at monthly meetings of the CreateAustin leadership team.

Now, as I've noted in other articles about CreateAustin in these pages, I am in no way an unbiased observer here. I was active in the original 18-month planning phase, sitting on the 71-member Leadership Council and co-chairing the task force on support for individual creativity, and have been no less involved in the current implementation phase, in which I chair the Advocacy action team and work with the Creative Alliance action team. But if you take me out of the mix and just look at the other action team chairs, you'll see CreateAustin fielding the same caliber of cultural and civic leaders that it did in the planning phase: Ruiz, executive director of Ballet Austin; Douglas Dempster, dean of the University of Texas' College of Fine Arts; Randy Houston, attorney and vice chair of the Austin Music Commission; MariBen Ramsey, vice president and general counsel for the Austin Community Foundation; Karen Frost, principal and owner of Frost Media Relations; Ann Ciccolella, artistic director of Austin Shakespeare; Cliff Redd, executive director of the Long Center for the Performing Arts; and Latifah Taormina, executive director of the Austin Circle of Theaters. That such eminent, not to mention busy, folks have devoted three years to this plan speaks to their level of faith in and commitment to CreateAustin's goals.

So what's come out of the implementation process so far? For one, the creative community has secured a place at the table in the city's community planning initiatives – a key recommendation from both the Cultural Master Plan's built environment and cultural infrastructure task forces. Scant attention was given to creative industries and cultural activities in the Downtown Austin Plan before the action team chaired by Redd got involved. He and his team were able to educate their fellow planners in the profound impact that the creative sector has in that area (consider all those clubs, bars, theatres, galleries, museums, design and media firms, design-related retail outlets, etc., collectively) and advocate for their needs. It was a road-to-Damascus experience for that planning effort, and as a result, CreateAustin has become an agent for ensuring creative-sector representation on other initiatives, such as the Waller Creek Plan and the Comprehensive Plan.

In the same vein, CreateAustin was a player in the discussions this spring about potential city departments for music and arts and culture. Given the depth of the downturn and deep cuts in the city budget, the timing was all wrong for a push to expand the bureaucracy inside City Hall – something the Live Music Task Force backers learned the hard way. But having CreateAustin representatives included in talks with the city manager and council, as well as members of the music community, laid the groundwork for greater advocacy for the creative sector within City Hall and improved coordination among its various constituencies (music, film, arts, digital media, design, etc.).

Uniting the different divisions of Austin's creative community was a recurring dream in the development of this cultural plan, leading to more than one task-force recommendation that a "creative alliance" be formed. The idea was a large-scale membership organization open to all creative individuals, businesses, and organizations that would be a central clearinghouse of information about resources available to creatives, a broker for services such as health care and insurance, and an advocate for issues related to the creative community. Obviously, an alliance of such scope is a massive undertaking, one that requires the cooperation and coordination of groups that have not traditionally had much contact: for-profit and nonprofit, classic and pop culture, old and new media. But old lines are blurring, borders are falling, and among creatives the zeitgeist is all about collaboration. So the notion of this überassociation of creatives gained traction in the planning process. And now it's taking concrete form. On Oct. 1, the Austin Circle of Theaters is changing its name to the Greater Austin Creative Alliance and expanding its mission to serve the larger creative community of Central Texas.

If you know ACoT only for the B. Iden Payne Awards for local theatre that it's been handing out for 35 years, this might seem a curious move. But the fact is, the organization has been inching in the direction of a creative alliance for several years, extending services beyond the theatre community to dance, classical music, and improv comedy groups; providing access to affordable health, liability, and event insurance; and promoting events across the creative spectrum through listings on its NowPlayingAustin.com website, the new "Austin Arts Minute" feature on News 8, and Get Your Art On, a monthlong celebration of creative work held in October. Indeed, as CreateAustin participants studied how an alliance might be constructed, a consensus emerged that ACoT offered an existing template for one.

To help them figure out how best to build on that template, leaders in arts management such as Tom Kaiden of the Philadelphia Cultural Alliance and Andrew Taylor of the Bolz Center for Arts Administration were brought in to give informed perspectives. With Houston and Taormina leading the Creative Alliance action team, a step-by-step plan was developed to help ACoT evolve into the Greater Austin Creative Alliance. The first step: recruiting new board members from all corners of the creative community and the community at large.

In truth, the anointing of ACoT as the Cultural Master Plan's creative alliance is but a baby step toward it truly becoming one, and based on the testimony of the arts management experts who described similar efforts elsewhere, the road there will be long and rocky. But the step is being taken, and in other areas of Austin's creative life, other steps are being taken, like the Mind Pop initiative, spinning out of the Creativity and Learning action team, which will inventory the city's arts education programs and address gaps in them. Those steps, however small today, are meaningful in themselves as signs that CreateAustin is off the shelf and moving downfield. That's different. We've gone beyond the plan. 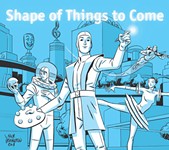 Shape of Things to Come
What will the arts in Austin look like in 10 years? 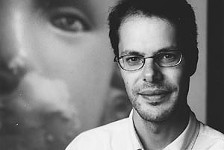 CreateAustin: The future is now
The cultural planning process has produced a draft with visionary recommendations and now needs public input