16 Spells to Charm the Beast 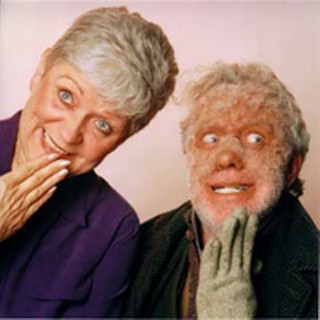 16 Spells to Charm the Beast: Do You Believe in Magic?

The Off Center, through March 8

Once upon a time, Lillian was able to look out the window of her 26th-floor apartment and scan the skyline of the city to her heart's content. She could peer through her binoculars at the peacock weathervane atop the Baron Bank Building, the mysteriously slanted roof of the Oboe Lodge, and the Statue of Offended Dignity, and she was happy. But then a new building was erected next to hers and obscured her view, leaving a void in her heart. She was courted by a beast -- a bona fide beast, as from a fairy tale -- that adored her, and its love might have filled the void, but Lillian spurned his advances, refusing the floral bouquet he offered on bended knee as she stood shivering in the snow falling inside her apartment.

In 16 Spells to Charm the Beast, playwright Lisa D'Amour has penned an urban fable of loneliness and love set in a world in which furry brutes pine for sophisticated housewives, meteorological phenomena occur in metropolitan high-rises, and architectural views offer epiphanies of desire. Here, wonders are woven slyly into the fabric of daily life -- the uncommon is commonplace -- and D'Amour is free to take our mundane struggles to live and transform them into something rich and strange, something that reveals the love of another for the miracle it is. The whimsy of it is buoyant, its images of snowflake dresses and helicopters whittled out of knotty pine, the Cult of the Tabby Cat and even the unfortunately phallic Plantain Building lifting us almost as high as Lillian's apartment. And regarding matters of the heart, the script describes the pain and beauty of our lives with a lyricism bordering on enchantment.

That comes as no surprise, given the writing in D'Amour's Dress Me Blue/Window Me Sky, Anna Bella Eema, and Slabber. D'Amour doesn't so much set down dialogue as weave it in the fashion of a spell. Words are chosen not for verisimilitude of everyday speech or even clarity of meaning necessarily, but for the mystic power they hold to entrance and bring about some change in the hearer. She has Lillian describe a heart "as dear as an infant's palm" and herself in another realm, the "Realm of Clear Seeing," as something like "a Revered Eyeball, an Eyeball charged with observing the Way Things Really Are."

As cast in words, it is a magical world, and Salvage Vanguard Theater's production has a nice feel for its fancy. When Lillian's neighbor, Millicent Hiccup, gabbles on about a dress dyed in bona fide rosewater (the color so faint as to be subliminal), Cyndi Williams is effusive and oblivious, a tremolo coloring her voice as her finger traces an eternal circle round the rim of her china teacup. When Lillian's husband, Ned, enters masked and pretending to be "Mr. Helicopter," a manufacturer of helicopters, Harvey Guion breezily affects the continental savoir-faire of a B-movie Don Juan. Monika Bustamante imbues Lillian's daughter, the no-nonsense Norma, with a stainless-steel soul and makes a speech introducing Norma's 20 children(!) into an aria of hysteria. Director Deanna Shoemaker adds to the fun by representing the children as silverware, rubber gloves, and other common items. And whether she is relating the myth of the bedraggled tabby cat at the bottom of the ocean, singing of her imaginary love Jonathan Keen Archipelago Redbreast, or entertaining her many grandchildren, Lana Dieterich's Lillian revels in the details of the world, sharing them, eyes gleaming, as precious lore. She's our ardent guide of the mysteries.

And yet this is a tricky world to conjure in wood, cloth, and flesh; it is imagined so vividly by the playwright, so fancifully and fraught with longing, that reality is hard-pressed to match her vision. The domiciles for Lillian and for the Beast, designed by the gifted Ann Marie Gordon, are curiously earthbound -- plain, functional locales that reflect little of the character's identities or the imaginative extravagance in D'Amour's writing. Similarly, as the work nears its climax, some moments of conflict and revelation pass with relatively little intensity. It's as if Shoemaker and the actors were unsure in negotiating the shift in tone from humorous to heartfelt; these artists who rise to such heights aren't able to provide as much depth.

Still, the production is not lacking in potency. There is grandeur to the Beast, scaling the side of a skyscraper, 26 stories hand over hand, to view his beloved, and as embodied by David Jones, the Beast is a creature of profound longing, his grunts providing eloquent testaments of surprise at the impossible beauty of the world and yearning to connect with it. And when Lillian stands in the snow, Dieterich's shivers and hard gaze convey a sense of aloneness terrible in its sorrow. In such moments and in its whimsy, when Beast is at its best, the show casts its own spell, capturing us in a thrall of poetic visions reflecting natural desire and supernatural devotion.