All About the Others

The Austin Film Society's Besides Almodóvar 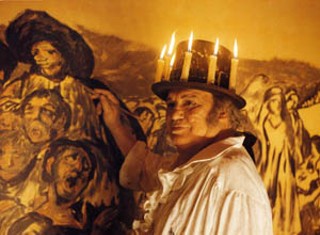 The difficulty most foreign films face in getting an American theatrical release means that those few films that do make it to American screens end up defining all we know of a nation's cinema. Spanish cinema has particularly been a victim of this effect, boasting some of the world's most creative and stylistically diverse filmmakers – from the great master Carlos Saura to the vigorous pop-meister Alex de la Iglesia – all of whom, in this country, have continually been forced to stand in the shadow of their more outrageously visible contemporary, Pedro Almodóvar. With the aim of giving his peers some more exposure – and, perhaps, as a kind of counter-programming to Almodóvar's much-hyped new offering Bad Education – the Austin Film Society will be presenting the pointedly titled Besides Almodóvar: Other Spanish Directors on Tuesdays from Dec. 7-21 at the Alamo Drafthouse Downtown.

The three films in this retrospective all seem selected to present a strong aesthetic contrast to the campy excesses of Spain's self-styled "bad boy," but none do so as starkly as Solas, the debut of director Benito Zambrano (screening Tuesday, Dec. 21, at 7pm). This understated, deliberately paced drama came out in 1999, the same year that Almodóvar's All About My Mother won an Academy Award for best foreign language film. And, like Almodóvar's breakout success, Solas centers on the dedication of a mother, in this case played by María Galiana. Staying in the ratty apartment of her embittered, alcoholic, and secretly pregnant daughter while her tyrannical husband convalesces in the hospital, Galiana's character offers only nurturing love in the face of her family's helplessness and abuse, and ends up slowly transforming everything around her. Galiana takes a character given no speeches, very few lines, and no real opportunity to emote and builds it into a representation of motherhood that is both human-sized and iconic. Likewise, Solas starts with a storyline verging on Almodóvarian melodrama and, by never losing sight of the emotions of its characters and the gritty realities of their surroundings, culminates in a surprising dramatic twist that feels genuine and earned.

Before the ascent of Almodóvar, Spain's leading cinematic export of the post-Franco period was Carlos Saura. Saura began his career in the late 1950s and is most widely known for his "flamenco trilogy," made with choreographer Antonio Gades. His 1999 film, Goya in Bordeaux (screening Dec. 14, at 7pm), recalls Saura's dance-based works in its overtly theatrical sets and blocking; as the dying painter wanders through tormented memories of his life and work, walls melt into gauzy, transparent scrims, and shifting emotions are represented by dramatic lighting changes. Very few films are as successfully "painterly" as Goya in Bordeaux; Storaro and Saura even faithfully re-create, for the screen, many of Goya's most famous works, and their elderly Goya, the veteran actor Francisco Rabal, looks so craggy and ravaged he might have staggered out of one of the master's bleak self-portraits. Goya in Bordeaux is a passionate, messy, almost sloppy film – containing moments of intense power (the film's unforgettable opening shot is worth the price of admission) alongside a few moments that fail uncomfortably – but it remains dizzyingly ambitious throughout.

Even more ambitious than Goya in Bordeaux is Lovers of the Arctic Circle (screening Dec. 7, 7pm). Basque director Julio Medem is one of the most adventurous filmmakers working today, ably mixing poppy accessibility with formal complexity. Medem's intoxicating Lovers of the Arctic Circle bends a swooningly romantic love story around a daunting formal conceit. The film's narrative mimics a palindrome; circling around its two lovers, Otto and Ana, it ends the same way it begins, cramming every scene in between with rhymes, coincidences, echoes, and alternate realities. The resulting art-drunk teenage love fantasia anticipates the formal trickery of films like Memento and Irreversible and deserves the kind of adoring audience that has made cult heroes out of American directors like Richard E. Kelly and Paul Thomas Anderson. Instead, like his contemporaries, Medem has struggled to find his broader audience in the American marketplace, which seems only able to support enough attention for one Spanish filmmaker at a time.

Tuesdays, 7pm, Dec. 7-21, Alamo Drafthouse Downtown; admission is free for AFS members, $4 for all others. Tickets may be purchased online at www.austinfilm.org or at the venue an hour prior to screening. 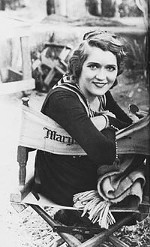