Get this party started 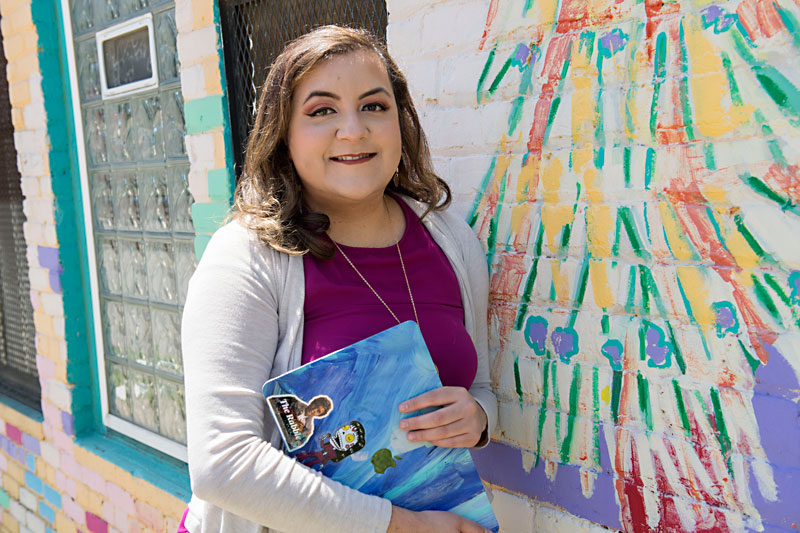 Long ago, in the Before Time of early March, the Texas Democratic Party had just rolled out its ambitious organizing plan to turn the state blue in 2020. Within two weeks, things had changed. "We then quickly realized we needed something that was not that," said TDP Organizing Director Olivia Stitilis of the COVID-19 pandemic's dramatic effect upon the election cycle. Instead, the party asked itself, "How can we serve Texas now?"

With connections broken, a lack of clear and prompt guidance at the statewide level, and Texans feeling anxious and isolated, the TDP rebooted its organizing machine as "a service organization," Stitilis says, "to inform, empower, and connect Texans so that they're not bystanders who aren't getting the information or sense of security they need." This is all being done virtually, of course, anchored by the statewide ConnectTexas online communication hub – a multichannel Slack platform created less than a month ago that has about 1,300 users onboard as of this writing.

Politicos have begun “to accept the harsh reality that campaign season is not business as usual.” – Jen Ramos, Texas Young Democrats

Those Texas Democrats are organized both geographically and by constituency (ethnicity, sexuality, ability, age) and are communicating with each other to "share resources that are working for them," Stitilis said. The second step in the organizing plan is finding "community captains" – "a volunteer role for anyone who feels compelled to be connected with others, doesn't want to sit on the sidelines and is seeking to do more in the times of [the] coronavirus." Information sessions for aspiring captains are being held Wednesdays at 5pm and Saturdays at 1:30pm.

The resources being shared and discussed on ConnectTexas are not all, and are not supposed to all be, political in nature; threads have developed around securing unemployment benefits, small-business resources (including a guide from U.S. Rep. Colin Allred, D-Dallas), using Zoom and its ilk to conduct meetings, and even deliveries from H-E-B. But politics have not been left at the virtual door, as the party retools on the fly how to conduct its business and support its candidates, many of whom are still in contested run-off races that have been pushed back to July.

"To this Slack community that is growing by the day; we have elections to win," wrote Kirk Pate, co-founder of BlueUP Texas, an organizing effort in the state's rural communities. "This is as much an imperative of our times, as are aiding and assisting ourselves and others in any way that we can by building community. ... Whatever your niche, we must not lose focus: we simply must elect Democrats up and down every ballot in every district."

Pate's co-founder Becky Schenker told the Chronicle that the rural activists BlueUP works with "are eager to do whatever it takes to work from home," noting that they "tend to be less experienced with technology than their urban counterparts. But everyone feels the urgency." Schenker said it's "important that Democrats in rural areas are not left behind as we move toward even greater dependence on digital tools."

At the other end of the spectrum, Texas Young Democrats Communications Director Jen Ramos told us her group's 23 chapters "have already been digital, so we've been able to make sure members are safe and have up-to-date information, and that they get the resources to stay empowered – access to food, [COVID-19] testing, and using our political engagement to move into community engagement."

Now that politicos have begun "to accept the harsh reality that campaign season is not business as usual," Ramos' network of early adopters and tech natives has a lot to teach the party, and especially its candidates, she said. "A lot of campaigns, even the most resistant, are looking at the transition to digital" during the pandemic, and "now Democratic messages about broadband internet or expanding Medicaid [through telehealth], are being played out in real life. This is not a hypothetical situation." Ramos emphasizes that digital readiness must include cybersecurity, which has its own Slack channel on ConnectTexas. "Everyone is taking digital security for granted, and we should know from 2016 that we should never take that for granted."

At the moment, the party is focused on keeping Texas Democrats safe and engaged, with an eye on one-on-one relational organizing to come as Blue Texas 2020 plays out in ways unimagined a few short weeks ago. "We really are excited to fill this void, to give people a place to do more in this community and create a more unified Texas."