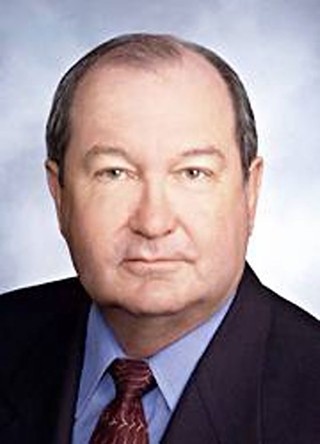 "Under Texas law, wherever two or more are gathered together to affect an election, they're a PAC. And if they raise or spend any money for that [political action committee], they have to disclose the sources of those contributions." That's a virtual mantra for attorney Randall "Buck" Wood, and he reiterates it when he's asked questions about Texas campaign finance law. Wood's not simply an expert on the question – he's directly responsible for much of the law, both through his work for Bob Bullock as secretary of state and later lieutenant governor, and separately as a lobbyist and attorney for Common Cause.

Asked about a recent federal court decision requiring reporting on federal campaigns, Wood said the ruling brought those elections in line with what is already the law in Texas. "That was the federal law as well, but the Federal Election Commission – deadlocked 3-3 between Republicans and Democrats – refused to issue regulations requiring disclosure. ... This court case essentially says, 'Doesn't matter what the FEC does or doesn't do, you're gonna have to disclose. Where did you get the idea you don't have to disclose?'"

Then he reiterates what he tells clients who are trying to find a way to contribute to campaigns but not report it. "Texas law is basically, where two or more gather together to raise money for a campaign, you're a PAC. You've got to register, and you've got to report."

Wood said he's aware of the argument made by the campaigners supporting Novem­ber's Proposition K – which would require an "independent efficiency audit" of all city of Austin operations – that they do not have to disclose the contributors of the original $137,000 that funded the petition campaign – via donations to a PAC called Citizens for an Accountable Austin by a nonprofit known as Austin Civic Fund, with donors otherwise unidentified (see "City Slickers," Oct. 12). "They even asked me for a contribution," Wood said. "I told them I wasn't interested. ... I'm not representing them, but they've talked to me and I've told them they've got to report" ("Strange Bedfellows, Stranger Politics," Aug. 10).

The city's Ethics Commission has decided to wait until after the election to review claims by Michael Searle, who leads both the PAC and the Civic Fund, that the donors to the latter need not be disclosed. But Wood says it doesn't matter. "They're not the final authority – it's state law that determines that. And they're going to have to disclose." (Searle is now the treasurer of the Yes on Prop K PAC, which is reporting its contributors to the City Clerk.)

"They are absolutely wrong," Wood said of the Prop K campaigners. "If they want to be sued for big-time money, and face possible prosecution, they can just go ahead and not report. The statute is tough as nails. Through the years, I've made a lot of money from people who failed to report," citing such defendants as former Texas House Speaker Tom Craddick, former U.S. House majority leader Tom DeLay, and conservative policy group Empower Texans. "Insofar as they're running a campaign and not reporting, they're in deep, deep trouble." 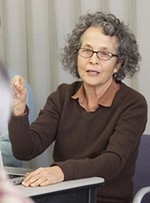 The (Longer) Road to CodeNEXT
Opponents would freeze process via referendum