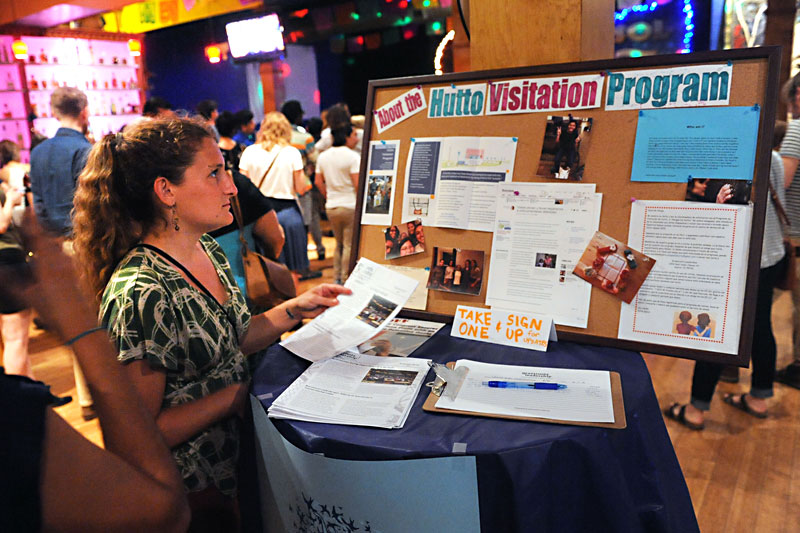 New development rules for charter schools have been delayed. At the request of staff, Council pushed back the scheduled June 9 hearing on closing a loophole that exempts charter construction from many development regulations, while language is finalized (see "A Level Playing Field," June 3).

I Live Here, I Give Here's Amplify Austin, the community-wide day of online giving, has formally opposed Amplify Federal Credit Union's federal trademark application because it would bar use of the word "amplify" in the charitable fundraising and philanthropic sectors. The group says it additionally filed a trademark application with the state to protect its "Amplify Austin" brand.

Police finally arrested a rock-thrower Friday morning when officers homed in on 44-year-old Marquel Boone outside of the Dreamers near 34th Street. Boone has been charged with attempted aggravated assault with a deadly weapon and is being held on a $50,000 bond. APD says that Boone's arrest does not necessarily implicate him in the other 80-plus incidents of rocks raining down on the lower level of Interstate 35.

Lt. Gov. Dan Patrick put his fed-hating and Barack Obama-baiting to one side for a moment to ask the White House for help fighting the Zika virus. With 40 confirmed cases in Texas, a heavy mosquito season imminent, and Congress slowballing funding to fight the disease, Patrick co-signed a letter from Texas state and federal lawmakers urging the president to facilitate aid.