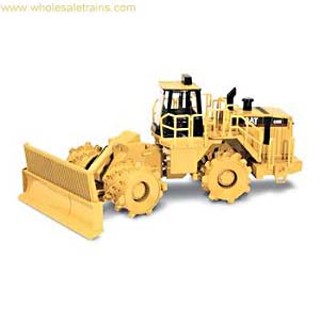 Fun at the Dump!

On Christmas morning, a toy landfill compactor is sure to delight any environmentalist or neighbor outraged by the city staff deal allowing BFI Waste Systems to expand the Sunset Farms Landfill. Comes with lots of garbage! For more creative fun, get the add-on set of action figures who can use the landfill compactor to push one another around – includes Council Members Mike Martinez and Laura Morrison, City Manager Marc Ott, and City Attorney David Smith.

A Seat in the U.S. Senate

The Texas Democrats in your life desperately crave a spot in the U.S. Senate. They really wanted the one held by John Cornyn, which appeared to be attainable this year given the incumbent's low approval ratings, but Rick Noriega still couldn't afford the relatively reasonable price. Next year, Kay Bailey Hutchison might make her seat available, and John Sharp plans to open the bidding on Jan. 1. If that's too expensive, we hear there's a seat up in Illinois for sale.

'Lies My Government Told Me'

As the year comes to an end, so does the Bush administration, taking all its misstatements, language mangling, and flat-out fibs with it. So before your faith in government gets restored, pick up this handy CD with all your favorites, including:

"Of Course There Are WMD in Iraq!"

"No One Saw Katrina Coming!"

"Of Course There Are WMD in Iran!"

"The War on Terror Made Everyone Safer"

"If You're Not With Us, You're Against Us"

And the classic: "Best President Ever!!!" (with Sean Hannity & the Fox News Flim-Flammers)

Order now, and receive Dick Cheney's Most Gutteral Growls, whether you want it or not.

Bust the bipartisan bank by being the first one to grasp the gavel. Hand out plum committee positions, use your political action committee money to get loyalists through the primaries, and see if you can become head of the House. First player to get 76 pledged votes wins, but watch out for points of order! For one to 150 players.

If you've got some killing to do on the campaign trail or during the holidays, then try this photo-op-friendly decapitator for all your maverick needs. It slices! It dices! It crushes and bleeds out, all in one handy action, and it's bound to keep the media talking about you until the 2012 primaries! Available in folksy fuchsia and conservative crimson (warning: gizzard puller, blood tub, and Skin-a-Way 5000 attachments not included).

Bankruptcy of the Big 3 automakers means certain economic disaster and extinction of the American manufacturing base, but with the Crash-and-Smash Play Set – brought to you by the Senate Republicans – it's all a game! Hurtle your American-made racers into the GOP Bailout Blockade, and ka-bloom! goes the domestic auto industry! Jump Broken Bridge Loan Canyon successfully, or plummet into Liquidation River! Steer the United Auto Workers past the Labor Wringer, or get union-busted out of existence! Made in China.