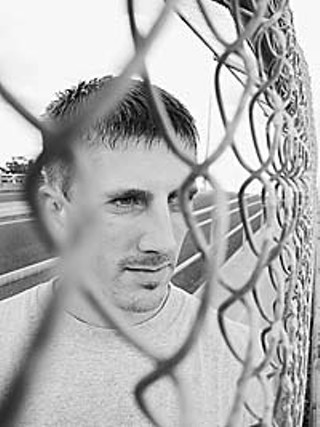 It's SXSW 2000, and you're the DJ designated to rock the crowd of more than 2,000, when the hip-hop host-icon Guru turns toward the turntables and gives you 20 seconds to throw on the "Dwyck" instrumental so he can throw some impromptu verses on the already hot fire. Dilemma or dream? Would you fold or get it done In the Nick of Time? For Texas talent/Bavu Blakes collaborator DJ Nick "Nack" Malkiewicz, you "play the fuckin' record."

From his time as a teenager sitting in his bedroom honing his skills on one turntable and a maxi-single CD of instrumentals, to his currently numerous weekly DJ performances, mix tapes, and albums, DJ NickNack has taken every chance to transcend turntables in Re:Constructing misconceptions of the "Southern sound." It's been a long trek.

"I started DJing in Dallas, doing DJ battles," recalls the local scratch man. "I was so young, I couldn't even drive to the battles. When I got to Austin, by chance, I tuned into [KVRX's] House of Phat Beats and was hooked."

Six years of radio experience and a college degree later, Malkiewicz was hell and gone from the carefree days of house parties and high school, faced with a limitation in both time and funds. That's when he found function in sound -- something more than just music.

"Creating is the most innocent part of making music, where you are free," posits NickNack. "It's all about what you like, and to me, it's the most beautiful thing in this world. It's the 'hustle' that taints things, but they do go hand-and-hand. Otherwise, no one would know who I am."

Gaining control of the music industry game meant a change from artist to entrepreneur, so NickNack started a Web site and his own label, named for the main goal of a DJ, Crowd Control Records.com. Now, as a producer, sound engineer, talent scout, promoter, DJ, and CEO of Crowd Control, he has adornments to fit any occasion, any process. Not that he doesn't still have a lot to prove.

"I wanted to show people that it's not who I am, it's about Construction," he explains. "I was sitting in History of the South Since 1845 at UT one day, and we were being taught about the Reconstruction period and rebuilding of the South. People still have a negative view of what the South is, and what Southern hip-hop is. I was trying to reconstruct people's views."

That lesson came in the form of a hip-hop hybrid, a 26-track CD that showcases local Texas talent, from MCs and fellow DJs to poets "captured for the world to see." The Re:Construction album gained critical college and underground acclaim, securing No. 1 spots on five charts, including Impact and CMJ. It also secured a bond with Bavu Blakes, which reinforced the Soundscape of Texas hip-hop.

"I worked with seven or eight MCs on Re:Construction, and there's a lot of different reasons why I work with Bavu," explains NickNack. "He's definitely professional. He gets in the studio, and he's no-nonsense. He lays the verse down and is very creative. I feel I bring that out in him; when we work together, it's extra dope."

Even with the release of Soundscape and the B-Side Blends Vol. 3 mix tape, NickNack keeps it all in perspective. From live battles to radio, from clubs to tapes, from turntablist to producer, DJ NickNack Malkiewicz is a man who wears many hats in the Austin hip-hop scene.

"There will be always be someone better than you at one thing," he reasons. "The bigger picture is to multitask, do a bunch of different things, and I'm one of the few people in Texas that could really do that. I'm just trying doing a decent job at everything."