The new flesh, we’re saying, because the actual object that anchors Cypher, an exercise in virtual reality, resembles some large podlike creature that would be right at home in a David Cronenberg movie. 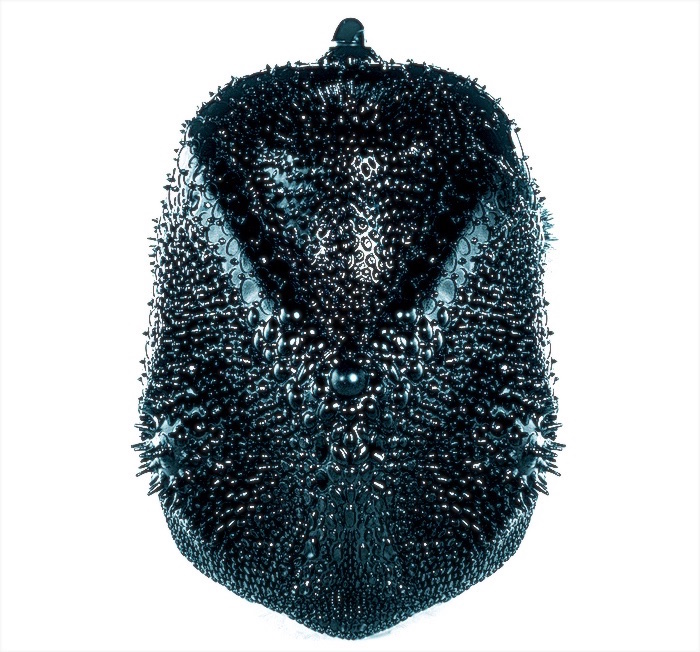 The varmint’s glossy and rugose black meatus seems almost alive with rhythmic bulges and swellings. In actuality, the Cypher is a robotic sculpture that's about the size of a pygmy hippo; it's a mechanized armature that’s been fitted with a coaldark and highly textured latex covering that stretches and bubbles like a Lamborghini version of one of those goo-filled squishy balls you can buy in novelty shops. And it’s stretching and bubbling because the armature contains a sensor array that detects the proximity of a person and causes the mechanism to respond.

The VR part is that, having donned the requisite headset, you seem to have been suddenly transported inside that nearby Cypher organism, where you with your avatar hands can push against the surrounding skin – which, from your POV, is stretching and shifting in response, and sounding like it’s doing that, too. Meanwhile, outside your helmet, an audience witnesses the Cypher responding to your movements – because you’re controlling it from the virtual interior, working an exact causal link between worlds, a unique set-up where your actions affect the physical and digital realms simultaneously.

Güvenç Özel’s Cypher is also creepy AF and oddly compelling inside and out, a fine example of interactive nonnarrative art that would fit well in any high-end gallery – especially one concurrently screening, say, Naked Lunch.