Your favorite way to get out of the heat is back 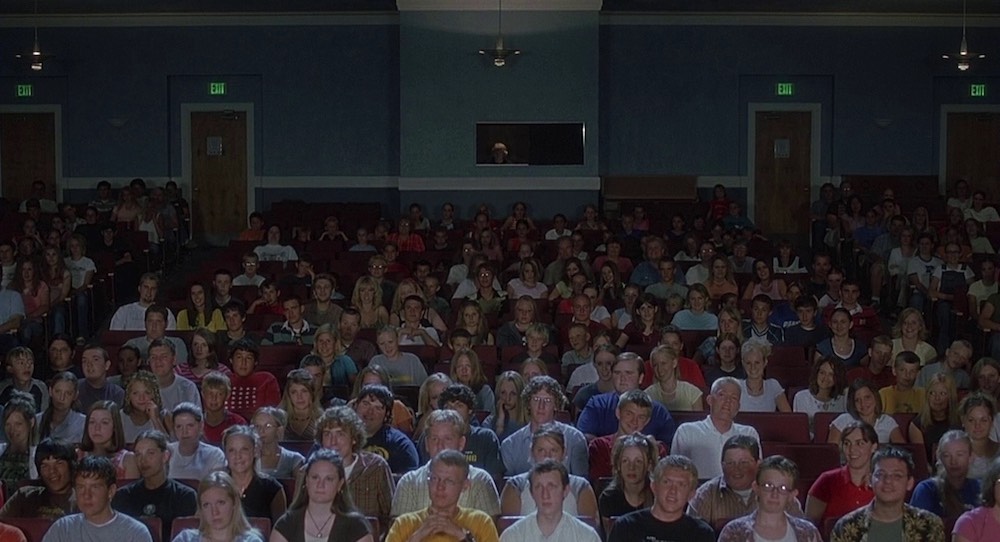 Time to grab your seats: A very special screening of Napoleon Dynamite is just one of the movies in this year's Paramount Summer Classic Film Series.

It's not summer in Austin without the Paramount's Summer Classic Film Series, a three month celebration of movies. From silver screen wonders to unmissable underdogs and kids' classics, it's like film school with AC and no pesky tests – and it's back with a special headlining screening of Napoleon Dynamite.

You can get the full season lineup over at www.austintheatre.org, but you can also pick up this week's Austin Chronicle, which includes a complete pull-out guide to all the films showing over the hot months (plus pick up next week's issue for some recommendations from our critics and writers about exactly why these movies has earned the moniker "classic"). But here's a teaser trailer for you of some of the themes within the more than 100 movies lighting up Austin's most beloved and historic theatre this year.

• Clear your diary for July 13 when the screening of the unlikely 2004 breakout success is accompanied by a special Q&A with Jon Heder (Napoleon Dynamite himself), Efren Ramirez (Pedro) and Jon Gries (Uncle Rico).

• Feel the romance with Crazy in Love, from the wartime tears of Casablanca to the unlikely pairing of Nic Cage and Cher in Moonstruck.

• Get your young ones enchanted by the magic of cinema (and indulge your own inner kid at the same time) with the Family Film Festival, which includes discounted tickets, preshow entertainment, and movies that will touch everyone, from The Wizard of Oz to My Neighbor Totoro. Plus there'll be a special free screening of the 1939 animated classic Gulliver's Travels.

• Resist the urge to get out of your seat for the terpsichore treats of They’re Doing Choreography (and if you've been watching Fosse/Verdon on FX, keep June 4 clear for a 40th anniversary screening of All That Jazz).

• With Mr. Smith Goes to Washington, Ninotchka and Stagecoach, there'll be plenty of evidence that 1939 really was Hollywood’s Golden Year.

• Explore the work of one of the great Indian masters of cinema with Satyajit Ray’s Apu Trilogy, a true landmark in international cinema.

Tickets for each screening are $12 (even for double features), but there are plenty of ways to make your summer dollars go even further, like Flix-Tix, which gets you 10 tickets for $60 (or $50 is you're part of the Paramount's Film Fan Club). Now just head to the stands and pick up the latest Chronicle for that full guide.