Eros and Thanatos, sex and death, have always walked hand-in-hand. In recent years, they have become the consistent conjoined twins that have hovered over teen horror. But in It Follows, their connection is less a symbiosis, and more a pursuit. 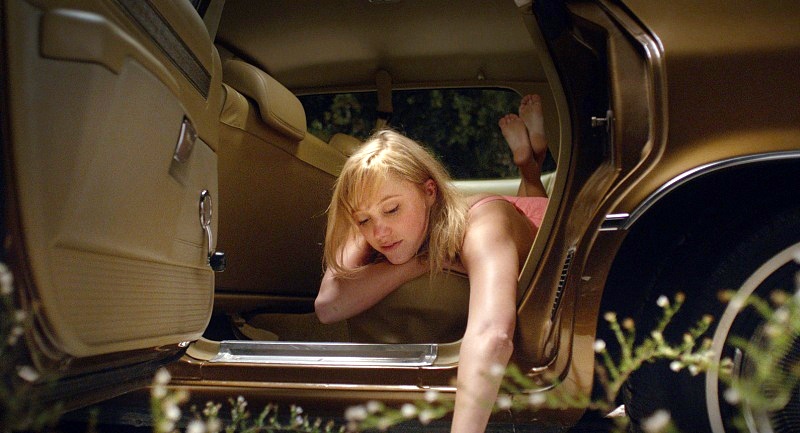 "It's not just about them having sex. It's sex as a normal part of our life, and in living your life, you become aware that we're here for a limited amount of time." It Follows director David Robert Mitchell on why sex and death go arm in arm.

David Robert Mitchell's sophomore project is gaining critical acclaim and a mainstream audience beyond its humble roots as a lo-fi production shot in the collapsing inner suburbs of Detroit. In many ways, it's the evil shadow of his debut feature, 2010's teen drama The Myth of the American Sleepover. Jay Height (Maika Monroe, The Guest) is a typical teen, hanging out with her friends, trying to land the mysterious new kid at school. When they finally hook up, he admits he has given her something much more serious than a case of the cooties: She is now being pursued by a force that only she can see, one that can disguise itself as anyone. There are only two ways this ends: Either she transfers it to someone else, or it rips her apart.

The creature emerges from a recurring dream that writer/director Mitchell had as a child. He explained, "I was followed by this monster that could look like other people. It walked very slowly, and was coming from a long ways away. I could always get away from it – I ran or climbed out a window or whatever – but it was a terrible feeling. I've talked to a bunch of other people had very similar nightmares. It's an anxiety dream, and it's very common."

That resonance has helped Mitchell's creation become an undoubted breakout hit. Originally scheduled for a small theatrical release before heading to VOD, this week distributor Radius-TWC announced it was expanding to 1,200 screens. The film also comes with the Drafthouse Recommends seal of approval, putting it alongside such heady company as Birdman or (The Unexpected Virtue of Ignorance), Blue Ruin, Boyhood, and Foxcatcher.

Part of what makes It Follows stand out from many of its peers and influences is that it's never clear exactly what the titular "it" is: ghost, demon, monster, spirit, even alien. Whatever its nature, Mitchell isn't telling. He said, "I have my idea of what it is, and the characters have their idea, and I think they probably align. The rules that you hear from the film are actually the rules that the characters have managed to figure out with their limited experience." 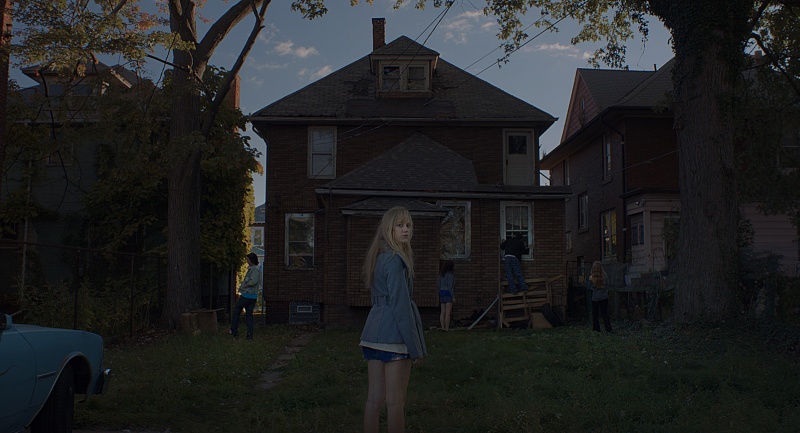 "We're definitely showing people the abandoned buildings and the rougher side of the place." David Robert Mitchell explores the urban collapse of Detroit in It Follows.

He deliberately shot with wide-angle lenses, to get as large a panorama into the shot as possible, and to allow the monster to be seen from a long way away. He also plays with spinning the camera, or fixing it to a moving object, to create an off-kilter, almost dreamlike quality to the audience's POV. Augmented by an unnerving ambient soundtrack from Disasterpeace (aka composer Rich Vreeland), Mitchell designed an air of constant menace, a reminder that the thing is always out there, inexorably drawn to its prey. He said, "There are several possibilities in how it can approach you and how it could possibly fool someone. So it was about playing with that."

The city is as much a character as the creature and the kids. It Follows is part of a wave of films and TV projects shooting in Detroit, including the ill-fated US adaptation of British crime drama Low Winter Sun, and Ryan Gosling's upcoming directorial debut Lost River. For Mitchell, the selection of location was simple: it's his home town. "I really liked shooting there," he said. "It's very comfortable, my family's there, and I really like being there. I went to school in the city, and I have a lot very fond memories of the place." The city becomes very much a character, with characters talking about the 8 Mile divide, and exploring collapsing structures. Mitchell said, "We're definitely showing people the abandoned buildings and the rougher side of the place."

The heartland location, combined with the teens-in-peril plot, places it in the great tradition of suburban American horrors. Mitchell acknowledges the influence of the Halloween and A Nightmare on Elm Street films. "It's also a very Lynchian thing," he said. As for the sexual content, Mitchell makes that old connection between the little death and the bigger one. He said, "In a very simple way, it's a realization of mortality. It's not just about them having sex. It's sex as a normal part of our life, and in living your life, you become aware that we're here for a limited amount of time."

It Follows opens in Austin on Friday, March 27. See Film Listings for review.

Fantastic Fest 2014: It Follows
Sexually transmitted horror gets an update in this mesmerizing film