Can the Powerpuff Girls Save the Day?

Classic cute-smart cartoon returns for one night only 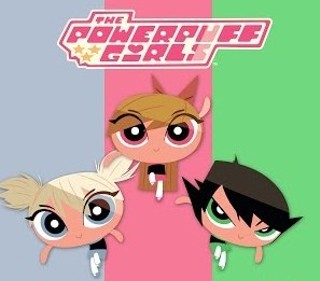 The Powerpuff Girls return tonight after five years away

Most kids go away for five years, they come back looking completely different. When The Powerpuff Girls return to screens tonight, they'll have had a complete makeover – just maybe not the way you'd expect.

The original Powerpuff Girls was a game changer in animation. First screening in 1998, it bought the Japanese chibi super-cute sub-style into American animation. In the city of Townsville – a throwback to a chrome-and-plastic atomic Fifties – the hapless Professor Utonium creates three young superheroines: self-appointed leader Blossom, the joyful if easily distracted Bubbles, and tomgirl Buttercup. It was a cult success and an unexpected cultural breakout. Combining anime, classic US animation, kaiju, mid-century retro and gleeful injokes, it was timeless and brilliant, and provided an early education in female empowerment and egalitarianism for a young TV audience. Now, for one half hour special airing tonight, the three diminutive crime fighters are back in Dance Pantsed, as their favorite adversary Mojo Jojo returns with another misguided world domination scheme.

The big difference in the decade and a half since the show debuted is that, this time, it's computer assisted. Series creator Craig McCracken dabbled with CG animation on the show before: Back in 2009 for the 10th anniversary, he wrapped the series up with another special, animated using Flash. But this time it's a wholesale redesign, with the hand-cut paper doll effect of the original show replaced by complicated angular lines and a richer, pastel-tinged palette, as opposed to the primary tones of the original.

It's not as radical a makeover as the best-forgotten Powerpuff Girls Z (a wholly misguided collaboration with Toei Animation that somehow lasted 52 episodes but mercifully never made it to US shores.) In fact, bar a CG makeover, this is classic Powerpuff Girls, with all the original cast returning. It's a power player alliance of animation voice talent back at the mic (Elizabeth Daily as Buttercup, Cathy Cavadini as Blossom, Tara Strong as Bubbles, Tom Kane as Professor Utonium and the ubiquitous Tom Kenny as the narrator and the hapless Mayor of Townsville. Sadly, no McCracken, as he's busy on Wander Over Yonder for rival channel Disney XD.) As always, there's the mix of action, cuteness, and humor that is childlike, even when it involves some puns that only adults will get (such as Ringo Starr as glamorous mathematician Fibonacci Sequens).

Its return comes at a fascinating, and possibly decisive, time for its host channel, Cartoon Network. In Adventure Time, it has probably its biggest breakout success since, well, The Powerpuff Girls, but it's also seemingly struggling. New shows like Uncle Grandpa and Steven Universe aren't really connecting, instead unsuccessfully echoing the casual surrealism. Meanwhile Regular Show's willful strangeness has become ploddingly predictable. Even Adventure Time has been hitting the rocks (or at least a few glancing blows in the shallows) this season. With the loss of the Star Wars franchise to Disney, CN had to wrap up the spectacular The Clone Wars, and now there's nothing of the caliber of Nickolodeon's stunning epic drama Avatar: The Last Airbender (aka Game of Thrones for kids) or its sequel, the steam-punk tinged The Legend of Korra. In addition, Cartoon Networks' night time neighbor Adult Swim has been treading water for years, with only the viciously smart Rick and Morty (Dan Harmon's heir to the uncured vitriol of The Oblongs) showing real life.

At its best, Cartoon Network's strength is in shows like Powerpuff Girls: Goofy, smart, fun, accessible, and truly all-ages, with just enough content to keep the grown-ups engaged. When the show talks about adult humor, it's throwing in Beatles' references, not bawdy humor. Dance Pantsed does that, even if there's a little cognitive dissonance over the new designs. And if this is the shake-up that the channel needs to get back on track, then the Powerpuff Girls could really be saving the day. 'Adventure Time' Returns to Mondo
This time, Jake and Finn bring some 'Regular Show' friends with them