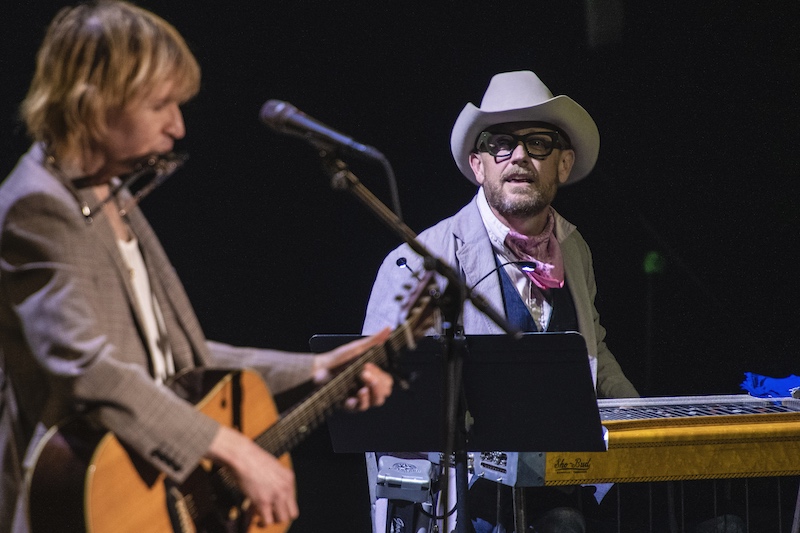 Going back decades in Austin, there’ve been stories people tell that are so incredible and improbable they’d seem like fiction if not for the qualifier: “It happened during South by Southwest.” But it’s 2022 and those kind of things don’t happen anymore – or do they?

One example might be: a Rock & Roll Hall of Famer sees an Austin instrumentalist playing at 1am at a Red River club and asks them to back them up at a concert the following night at the biggest indoor venue in town.

That’s precisely what had transpired on Saturday night at the Moody Theater where a concert billed as a Beck solo acoustic performance turned out to be Beck featuring Jesse Ebaugh. Ebaugh, who fronts the great hippie country act the Tender Things and also plays pedal steel with a variety of artists, is a such an ingrained presence in Austin honky tonks that I recognized the silhouetted curve of his cowboy hat in the dimmed lights of the Moody stage as a couple thousand fans waited for Beck’s performance to begin, but I’m a big fan of Ebaugh and know him well enough that I thought I’d know if he were friends with Beck.

Turns out they are new friends.

“My friend Jesse is over here,” Beck said, motioning over to sole accompaniment on the pedal steel, ten minutes into the performance. “He’s a local. We met last night at two in the morning as you do in Austin and here he is. He learned my songs in about 25 minutes.”

That led into a steel imbued version of Beck’s 1994 song “Rowboat,” which was later recorded by Johnny Cash. After that, Beck turned to Ebaugh and smiled: “We’ll be your two-man honky-tonk for the night.”

Ebaugh, who had also been the longtime bassist in Heartless Bastards, had played the previous night on the tiny inside stage at Mohawk, providing pedal steel accompaniment for Weyes Blood. An Austin Chronicle photographer had spotted Beck at that show.