Austin quartet premieres “Hand It Over” Images from Whit’s "Hand it Over" video, directed by MJ Haha

Hands, they’re one of the most emotionally versatile parts of our bodies. They can slap you down or pick you up. They can give and they can steal. With them, we express: drawing, playing instruments, flipping someone off. Perhaps that’s why they call them extremities.

I’m thinking about hands right now because Whit just unveiled a video featuring more fingers-per-frame than any clip ever. The nine-panel, Brady Bunch-style layout pops with highly choreographed phalanges typing, dancing, playing tiny instruments, and doing an altogether remarkable job utilizing movement to reflect the yearning lyrics of singer/guitarist Madison Whitaker. It’s a song of emotional struggle, because even though we’re the only mammal with opposable thumbs, life doesn’t hand us everything we want. 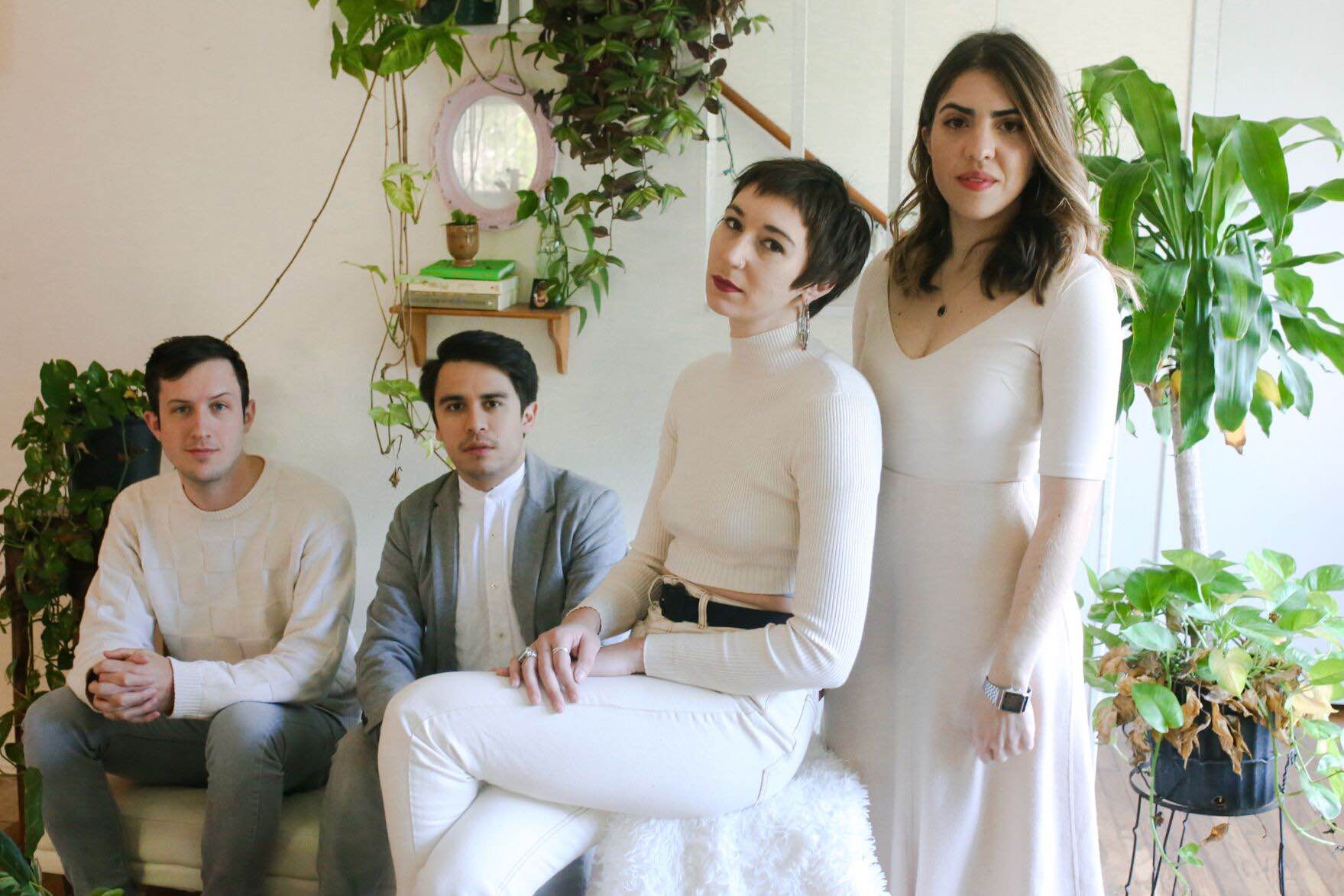 “When I wrote the song, I was on the porch of a friend’s house feeling left out, ignored, and frustrated that this person wasn’t doing what I wanted them to do,” Whitaker says of slinky new single “Hand it Over.” “It’s a little about wanting something you can’t have, but also figuring out a way to be patient about it or letting go and accepting that things can’t always be handed over to you.”

Whitaker reveals that many of the songs on the Austin quartet’s forthcoming album – projected to arrive late this year – are “coming from a broken place” and influenced by the processes of rebuilding yourself from the ground up in order to be whole again.

As for the video, Austin’s MJ Haha, whom Whitaker met through both of their involvement in the Girls Rock Austin program, handled the direction, editing, and choreography.

“She made that video look exactly how it looked in my head, which is the goal with art,” notes Whitaker.