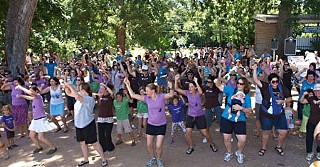 THE WISDOM OF SNOOKI "I'm not trashy unless I drink too much," she says. Hearing the reports about the arrest for disorderly conduct of the ill-bred slutty little troll known as Snooki from Jersey Shore has really affected me. That's right, I laughed until I cried. She is so execrable and so despicable that my hand automatically goes over my mouth when I see her picture. "Do you know who I am? I'm fucking Snooki!" she reportedly told the cops who cuffed her (while she herself was wearing a tank top emblazoned with the word "Slut."). "I'm a star; you can't do this to me. You can't do this! You guys are going to be fucking sorry for this! Release me!" She went on to snarl, "I'm the best thing in this town," while the mayor of Seaside Heights, N.J., seems to agree with her, saying: "We're getting wonderful publicity! We couldn't pay a half-million dollars for this!" Well, um, yes actually, you could pay half a million dollars for that kind of publicity. You could probably own Snooki for less than that. And what a bargain that would be just to hear your very own little Snooki say things like: "I'm a vet tech. Like, I save animals; I don't kill them. That's why I don't eat lobster or anything like that 'cause they're alive when you kill it," and: "I hate guys. I'm turning lesbian, I swear," and: "I don't go tanning anymore because Obama put a 10 percent tax on tanning, and I feel he did that intentionally for us. McCain would never put a 10 percent tax on tanning because he's pale, and he would probably want to be tan. Obama doesn't have that problem. Obviously."

PRIMERS Someone tried to tell me recently that Charles Frederick Worth was the "Father of Haute Couture." Though Worth was indeed a huge player in its development, its inception can be traced to Rose Bertin, milliner and modiste to Marie Antoinette, who could be called the "Mother of Haute Couture." Bertin began by selling ribbons to the haute monde from Le Grand Mogol, her shop on the still-fashionable Rue St. Honore in 1770. In a turnabout from custom, she evolved from having the customers tell her what they wanted to presenting her customers (especially the young queen of France and her fashionable ladies of the court) with extravagant hats and gowns of her own design. Working with the queen's hairdresser, Léonard Autié, together they created the massive and tall hairstyles that have come to represent the era – hair that was decorated with props and accessories (ships, mechanical birds, etc.) to reflect the issues of the day, be they gossip or smallpox. Bertin was the first to send out dolls and mannequins to other cities and parts of the world to publicize her styles. She also became known as the "Minister of Fashion" by the Queen's detractors, and after the Queen's untimely demise, fashion changed so rapidly that Bertin retired, selling her business to her nephews at the fin de siècle. She had indeed established the practice of dictating fashion. But it was Worth who started putting his name on labels inside the clothes he made in the mid-19th century. An Englishman who settled in Paris when he was 19, Worth had been originally discouraged from pursuing dressmaking because it was considered lower-class. But he found a wealthy industrialist who believed in him, and together they opened Worth and Bobergh in 1858. Worth showed his creations four times a year and invited his clients to place orders that were then fitted to them impeccably. Though he had to close due to the Franco-Prussian War, Worth reopened in 1871 at No. 7 Rue de la Paix as the House of Worth with his sons Gaston and Jean-Philippe. The House of Worth continued to flourish after the death of its founder, and Gaston went on to establish the Chambre Syndicale de la Haute Couture, the governing body of haute couture which still reigns today. Thank you. I feel much better after having gotten that off my chest.