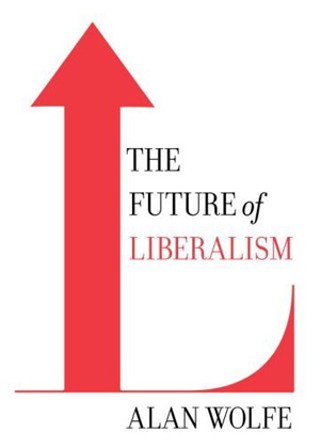 
Political scientist Alan Wolfe succeeds in the first place by revitalizing some of the words that the George W. Bush era had further hollowed out with overuse and misapplication – freedom, liberty, and equality. He understands from the opening pages that "[t]he question is what those terms mean under the conditions of modern political life," and to some extent the main work of the book is to unpack precisely that meaning. Liberalism's "core substantive principle," says Wolfe, is this: "As many people as possible should have as much say as is feasible over the direction their lives will take." At a glance, this is a statement any conservative would endorse, but read again the phrase "as many people as possible." Laissez-faire policies will not get you there, and that means there is a role for society and the state. This is where modern liberals and conservatives part ways, and to put this split into what Wolfe believes to be its proper context, he takes us back to a dispute between the Enlightenment philosopher Immanuel Kant and one of the first Romantic thinkers, Jean-Jacques Rousseau. Rousseau's audacious discourses attacking civilization and defending nature compelled Kant to argue in favor of artifice and culture. These two reframed what had been the essential question regarding human nature: "The important question is not whether human nature is good or bad," says Wolfe, "it is whether human beings can do anything about it."

The narrative of these two men, both entertaining and thought-provoking, is the reference point through which Wolfe explores the political history of Western civilization and the difficult political questions in our time. It is such an effective organizing device because the dispute between these two thinkers rages to this day, both between the left and the right as well as within both groups. This allows Wolfe to skate around the predictable partisan pathways and surprise his readers by aligning himself with the likes of Carl von Clausewitz and the Rev. Rick Warren while challenging the presumed wisdom of thinkers such as Richard Dawkins and Stanley Fish. There's plenty to haggle with, refine, and reject in The Future of Liberalism, which makes it a good choice for book clubs and a chance to demonstrate that people are more a product of culture than of nature, even if you're not sold on that particular load of liberal-commie dogma.

Elsewhere, U.S.A.: How We Got From the Company Man, Family Dinners, and the Affluent Society to the Home Office, BlackBerry Moms, and Economic Anxiety
The scary tale of Elsewhere Man, the American professional with no authentic, core self