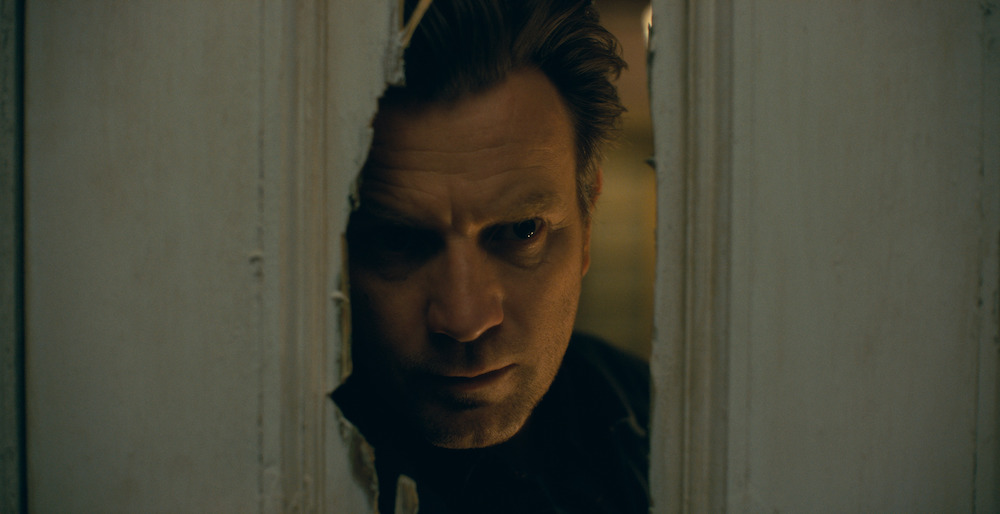 Many authors have gripes about what Hollywood did to their works, but Stephen King saying "I hated what Kubrick did" to his novel The Shining may be the most definitive statement of rift between paper and celluloid. It only took nearly 40 years and Mike Flanagan – arguably the most important horror director working today – adapting King's sequel, Doctor Sleep, to bridge that seemingly impossible divide.

King's novel, which was a direct sequel to his own original book, was seen as a rebuttal to the pretty drastic changes that Kubrick wrought. What's remarkable is that Flanagan's script picks up where the film left off, and pays clear visual and narrative nods to the movie, but adheres clearly and closely to what has always mattered most to King, and what he felt Kubrick missed: heart.

Kubrick's version traded on a certain ambiguity about the relationship between the Overlook Hotel and young Danny Torrance (played in brief flashbacks by Floyd, but as an adult by McGregor). Here, it's more certain: the hotel wanted Danny's power, the eponymous Shining. Yet the cursed building is like a pitcher plant, waiting for prey to fall in. There are more aggressive predators in this world who feast on what Rose the Hat (Ferguson) calls steam. That's what powers those with the shine, or a side effect, but either way Rose and her makeshift gang of malevolents will murder them to inhale its life-extending powers. Their next target is Abra (Curran), a precocious kid with the shine and a connection to Danny. But he's not necessarily going to be much help, since he's a recovering alcoholic working in a small-town hospice. He's suppressed his shine, using it only to give a little bit of compassion and sympathy to the dying in their last moments.

McGregor is at his broken best as the man still pursued by the literal and metaphorical ghosts of the Overlook Hotel, and has hidden his powers for decades. He has a fragility that both the overly cocky Abra and the seen-it-all Rose lack. That's one downside to the story: Curran plays the teen so self-assured that it undercuts some of the tragedy and loss (that said, Austin audiences may get a kick from a character beat summed up in her bedroom – a reference to a certain locally-made show). However, Ferguson embraces her beautiful monster perfectly. Like a female Charlie Manson, she and her pack of shiners hunt children, torture them, eat their souls. Even with that legacy of evil, Rose could come across as alluring and charming; instead, she's never shown as anything other than heading up a pack of itinerant child murderers.

Flanagan takes visual and narrative cues from the Kubrick film and both of King's books, then fuses them into something as unique and powerful as his version of The Haunting of Hill House. He obviously had to make some hard choices., and his balancing act is summed up in Carl Lumbly's startling invocation of Scatman Crothers as former Overlook cook Dick Hallorann. Yes, it's a bold continuation of a memorable performance, one that keys directly into the Kubrick version, but it adds King's idea of Hallorann as Danny's loving mentor. The inevitable and telegraphed return to the Overlook plays deeply with Kubrick's iconography – the maze, the twins, the endless corridors, and an uncanny appearance by Starry Eyes' Alexandra Essoe as Shelley Duvall's version of Wendy Torrance – but with a little subversion, as in a smart twist on the elevators full of blood. However, this version not only keys in to the novel of Doctor Sleep, but vital elements from the book The Shining that never made the screen. Those are the moments that make it clear to see why King has said that this film redeems Kubrick's interpretation.

Yet, for all Flanagan has to do to channel two iconic progenitors of this tale, he never loses himself. His stories, from haunted mirror horror Oculus (on which The Shining was a huge influence) to Hill House, have always been about family, guilt, addiction, responsibility, and compassion, about finding the strength to embrace and dispel the darkness. He even makes a little nod to his last King adaptation, the equally challenging Gerald's Game, and that's what's important here. He's never trying to one-up Kubrick or King. Instead, he's trying to push past his own best work, and he may well have achieved that in one supernatural scene that is as shocking and captivating as the fall of the bent-neck lady. In honoring both Kubrick and King, Flanagan's greatest achievement is not being swallowed by the Overlook's shadow.