Take away the blood, murder, and Satanists from Hollywood horror story Starry Eyes, and what you're left with is still a Hollywood horror story, a terrifying indictment of what actresses are forced to do and will voluntarily do for fame. Star Alexandra Essoe said, "The experience of an actor can be a pretty dark one." 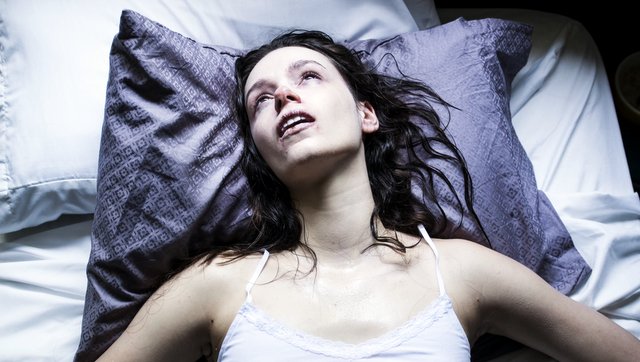 Essoe plays Sarah, a struggling actress. By day, she goes from cattle-call audition to cattle-call audition, paying the bills working in a terrible themed diner. At night, she sleeps under a collage of golden age sirens of the silver screen, dreaming of joining their ranks. Essoe said, "She becomes a victim of her romanticized ideals of what will make her life better, and what will make her better. … As long as real life resembles her fantasy, she doesn't really care what happens."

Finally, a role comes along that seems to good to be true, with a literally Faustian pact on the line. Essoe can associate with that. "Actually," she said, "the Satanic cult side is the only experience I've had with the acting world."

Austin Chronicle: Any time anyone makes a film about Hollywood, there's always that question of how much the filmmakers and cast are drawing on their own experiences.

Alex Essoe: There's a very universal experience that a lot of actors encounter. Rejection is a massive part of being an actor, because, at the end of the day, you're handing your work to someone that holds your fate in their hands. It's something you have to become accustomed to, and to deal with with it on a very, very regular basis can be cause for a lot of self-doubt, and a lot of questions. Is this really what I want to do? Am I cut out for this life? It was fairly, I won't say easy, but it was a simple idea to imbue the character with, of beating your head against a wall and hitting dead end after dead end. Sarah just takes it a lot more personally than most people or than she should.

AC: It's all told from a female perspective, but the film is written and directed by two men. How did those discussions go?

AE: Right off the bat, the third installment of the audition process for me was having coffee with Dennis, because Kevin was still living in New York at the time. Being directors that are into horror and genre, the female heroine, or villain, or both, was something they were really interested in, and one of the movies that we discussed that had a hand in Dennis deciding to cast me was Andrzej Żuławski's Possession. It's one of my all-time favorite movies, period. Dennis told me that the script is inspired by that movie, and I think that because they are so versed in that whole House of Psychotic Women genre, and they both have such a love of women, they're very pro-women and very respectful, I think that is why they were able to write Sarah so well and so honestly.

AE: Oh, gosh, they really talked me into that one. I was little apprehensive at first, but it would be almost hypocritical not to, since one of the central devices in the story is the audition process, and it's really at the crux of a lot of the action. It's cool, because they can see how a lot of the audition is different to the final performance, and that may comfort some actors, maybe.

AC: It's such a change. Normally auditions are sacrosanct, so when the original readings for Star Wars emerged, people traded those tapes like they were gold.

AE: I'm sure a lot of actors don't want people to see them, because it's the very fledgling stages of the work that they do. But, you know, whatever. It's another insight into another part of our job. I like the fact that Starry Eyes deals with so many misconceptions about actors and their experience and what acting is like, and I think that the movie, horror aspects aside, sheds some light on that. 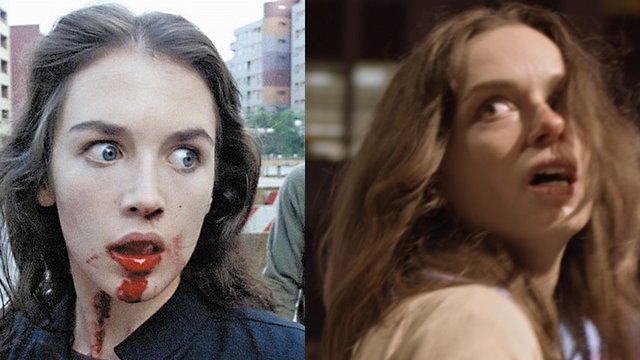 Sisters in fear: Andrzej Żuławski's Possession is "one of my all time favorite movies, period," explains Alex Essoe, and an influence on her role in Starry Eyes.

AC: So how did you flesh Sarah out from that first reading?

AE: I've said this before. The most important thing, the first thing when you're developing a character and doing the script analysis is to find the similarities you share with them. Even if they're exaggerated in the story, you can still find the qualities that exist in you. Like Sarah's loneliness, and her feeling of not belonging anywhere, and how hard she is on herself, the way she pushes herself. I don't tear my hair out, or anything like that, but I am self-employed, and you have to really parent yourself. That's where I started, the qualities and neuroses that she and I share. I approached that with as much compassion as humanly possible, and I felt immediately protective of her. I didn't want anything unpleasant to befall her, which of course does, in spades.

AE: People had the biggest problem with that.

AC: Was that you, or was that in the script?

AE: That was in the script. The trichotillomania, that was written in, and I thought it was great because the impression that I got of Sarah was that she's someone who greatly dislikes herself, and doesn't feel like she measures up a lot of the time. It would have made sense for her to physically punish herself in some way, but the fact that it's hair pulling, it's not cutting, it's not hitting, it's not burning, it's pulling her hair out by the roots. I think that says so much about her character. That was such a gift that they gave me, being that specific. It really informed the choices I made, and how the character developed.

AC: There has been a small resurgence in films, such as American Mary, Thanatomorphose and Felt, where these questions of body image are a source of horror.

AE: And especially in a story about an actress. Our faces and our bodies are our product. You lose that, and you don't have a career. We've got to keep our skills sharp, but acting is a physical medium. For Sarah's body to fall apart on her is one of the worst things that could possibly happen. But like you were saying, with women and body image, I think it's being explored again because of what a total nightmare it is. This attachment that women have to their looks, and how they fade, and they eventually do – and I will too – watch themselves decay. It's a very frightening prospect, so it doesn't surprise me at all that it's being revisited.

Starry Eyes (MPI Home Video) is available on DVD and Blu-ray now. Also out this week:

John Wick (Lionsgate) Keanu Reeves finally completes his transformation into the modern Steve McQueen in this bloody tale of revenge, redemption Russian mobsters, and dead dogs. An implausible concept exquisitely told, and the extras included are well worth watching to find out exactly how much of his own stunt work Reeves did: Short version: a lot, and some of it was really dangerous (read our full review here, and our interviews with Reeves and costar Adrianne Palicki, "Everyone was Gun Fu Fighting", and co-directors David Leitch and Chad Stahelski, "Don't Shoot the Dog").

Coffee Town (Shout! Factory) A real change of pace for Austin native Palicki, who, between John Wick and Agents of SHIELD, is making a serious name as an action star. Here she plays the romantic fascination of It's Always Sunny in Philadelphia's Glenn Howerton, who spends all his time using his local coffee shop as his home office. He's turning it into what aggressive barista Josh Groban calls "a place where dickheads can mooch off our resources for $6 a day", but finally flips and decides he's going to rob the place before the owners can turn it into a bistro. A little bit of visual flair from director Brian Copeland (including an homage to the BMX dance sequence from Rad) puts it in the charming mode of Office Space, to which it owes a clear debt.

Exists (Lionsgate) The Blair Witch Project co-creator Eduardo Sanchez returns to found footage in a locally-shot creature feature, revamping the tale of Texas' skunk ape as a victim of environmental disaster. The DVD release (oddly, no Blu-ray for the Bastrop-lensed horror) has a series of behind-the-scenes featurettes, showing just how rough and ready the production was, and how dangerous some of the stunts were. Hint: There's no easy way to simulate rolling an RV down a hill. It also affords an opportunity to see how stunningly convincing the creature suit is in real close-up (read our full review here, and our interview with Sanchez, "Bigfoot Exists in Texas").

The ABCs of Death 2 (Drafthouse) The latest 26-story anthology from Drafthouse Films has some gruesome gems and some real clunkers. Funny thing is, no one will agree on which ones are which (read our full review here, and read our interviews with segment directors Rodney Ascher, Julian Barratt, and Larry Fessenden, "Learning More ABCs").

Zombie Killers: Elephants Graveyard (Anchor Bay) Remember that season of Lost dealing with the other survivors on the other side of the island? Imagine that, but as a bootleg The Walking Dead spin off, mixed with a liberal splash of Party Down South. Nihilistic hillbillies on ATVs, a drolly scenery-chewing Billy Zane, plus Dee Wallace elevating the material, is inevitably sort of fun. There are a lot of bright, even innovative ideas. However, rancid CGI deer, Lifetime network cinematography, an overloaded plot (fracking! zombie fish! the extinction of the dinosaurs! crazy religious lady, à la Steven King!), and a total lack of zombie elephants, all take their toll.