Ted Geoghegan on blood and lessons in his historical drama

Stephen King and arcane New England. Mario Bava and bloody Catholic angst. Every horror auteur has their own distinctive tick. For Ted Geoghegan, it's period pieces in which people die in remote places. "How about that," he said. "That's what the next one is, too. My first three directorial projects, I want them all to be period pieces." His sophomore feature, Mohawk, is a tale of bloody revenge, as Oak (Kaniehtiio Horn) finds herself deeper and deeper in the carnage-wracked conflict between the young America (personified by Ezra Buzzington as grizzled and grisly soldier Hezekiah Holt), and a British agent provocateur (Eamon Farren). Geoghegan admits that the project was a deliberate attempt to avoid being pigeonholed as a supernatural horror director after the success of We Are Still Here. "I love haunted houses, they're my favorite, and I plan on making more, but I knew that I couldn't do two in a row, and I knew I wanted to do something markedly different."

Mohawk, with its visceral survival gore, and deeply political tone, was his reaction to "how terrible everything has been in the U.S. the last several years. ... I wanted to do something wonderful it is to be an American, and how absolutely horrible it is to be an American. That we live in this amazing country run by scared, angry white men, who are the descendants of the scared, angry white men who founded it."

Austin Chronicle: You co-wrote this script with [noted pulp fiction expert] Grady Hendrix; how did that collaboration come about?

Ted Geoghegan: I had been writing a script with Grady for a different film. That didn't happen, so I told him, I have this other thing I'm doing, it's about the War of 1812, and Grady leapt right up and went, "You know I'm a scholar of the War of 1812?" I thought that was a joke at first, "Yeah, yeah, I'm sure you are. I've said a lot of things to get gigs too, Grady." And then I went over to his house, and he had this huge bookshelf filled with nothing but books about 1812. OK, I stand corrected.

We hired a historic producer, who came in to make sure everything was accurate, clothingwise. Of course, we're working our butts off, and I remember on day one he went, "Well, this is what Mohawk women wore in 1814." We went, well, it looks like a bright red, hippie, Haight-Ashbury miniskirt. He said, "Well, that's exactly what they wore," so we opened up the history books, and lo and behold, there were all these drawings of that exact skirt, in that exact color, and we said, "Fuck it, let's do it." And since the day that movie came out, I've got nothing but grief over that exact skirt. Everyone is determined that it's anachronistic.

AC: You went into this knowing that you're writing a story very much about the First Nations, so you have an additional responsibility because you're writing about someone else's culture.

TG: Absolutely. From day one, it was something Grady and I were talking about nonstop, all day, every day. On any given day, Grady and I are the two whitest men in the room. With names like Grady and Ted, we were fully aware of the fact that this would at least be a talking point in some capacity.

So where it came from was my undying respect and admiration for these incredible people, coupled with Grady's extensively researched knowledge of this time period, and telling a story where, yes, while the Mohawk are not our people, it is ultimately a story about the birth of America, and the other side of that. We decided to not only work with Mohawk people to ensure that the story was told as accurately as possible from their perspective, but we wanted to accurately portray the scared, angry white men of the period, because that truly is our history. It certainly opened our eyes about our own history, and the skeletons in our own closets.

I talk about it as a film about good people making very bad decisions, and bad people who don't realize that they're the bad guys. ... Holt and his men, all the way through the film, they're scared and confused and don't know what they're doing. In the case of (WWE wrestler) Jon Huber's character, Lachlan, who's this big, giant of a soldier, ultimately out of everyone, the good guys or the bad guys, he's the moral compass. He's the one guy who actually stops for a moment and goes, "I really don't think this a good idea." 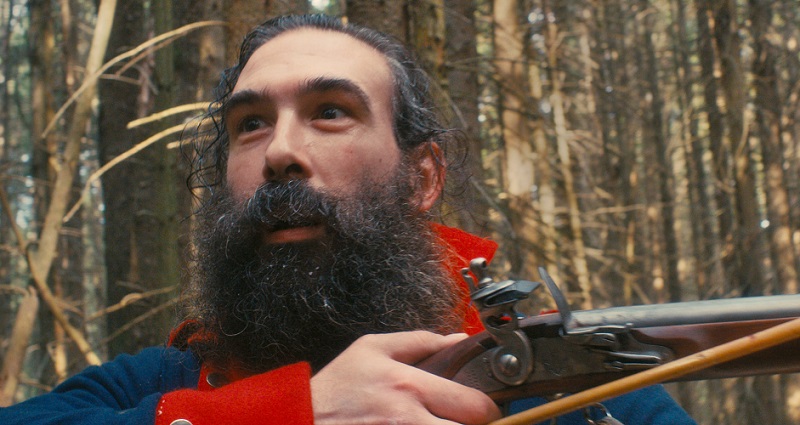 AC: He's a real revelation in this.

TG: We were utterly blown away by him. On day one, he came up to and admitted how unbelievably nervous he was about acting. He knew several of the actors on the film from previous works, and came up to me and said, "I just feel so weird, there's all these great actors here, and this is my first time acting. I just don't want to screw up your movie." I said to him, "You perform live on a weekly basis in front of millions of people. That would terrify any of the other actors in this film. Whether you think you're an actor or not, I assure you, you are an actor, and you are damned fine actor."

The first scene he had to do in the film was pulling an arrow out of one his best friends' neck, and then kneeling over the body and crying. Literally the first thing he had ever done as an actor, so we hit him with a biggie, right away. It really put him in the right mood, it put him in the right space, and being up there in the woods, with all those other actors, in the middle of nowhere, with those beautiful costumes, he got it pretty quickly.

TG: We purposefully framed him in a lot of shots so his beard is hanging into the frame. He's a very big man, so we tried to shoot him in a way to make him look even bigger. Lots of low angles, and keeping the height difference as obvious as possible.

Mohawk (Dark Sky Films) is out now on Blu-ray. Also out now: There’s not a drop of blood dripped in Imitation Girl (Dread Central Presents, VOD), an extraordinary addition to the alien duplicate subgenre by director Natasha Kermani, and Lauren Ashley Carter (Darling, Pod) in dual roles as both human and alien.

Carter morphs into the two separate roles – the unnamed alien (closest to the classic ingenue that has become her perfected stock-in-trade), finding a new home with Iranian migrant siblings (Neimah Djourabchi and Sanam Erfani), and Julianna, the adult performer with some real questions about her own place in the world. The underlying irony is, of course, that Julianne is hired for parts because of the sheen of innocence that comes so naturally to her uncanny simulacrum. 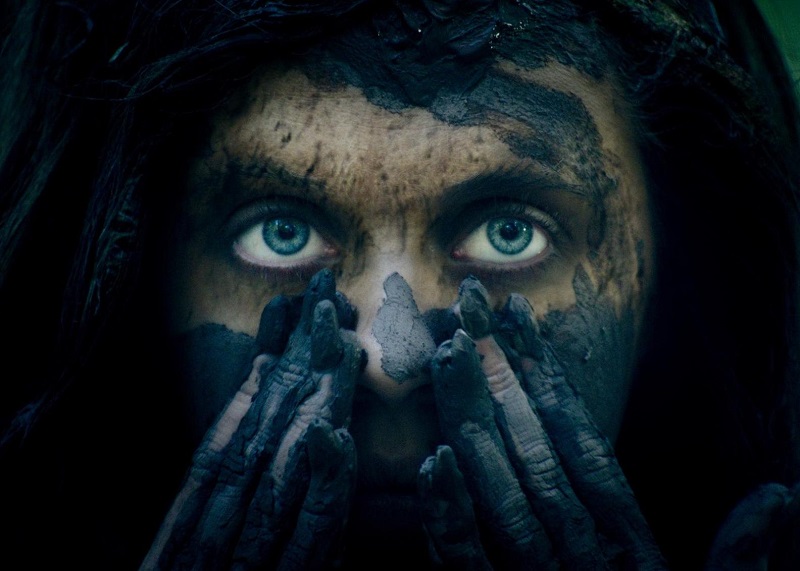 The idea of lycanthropy as a metaphor for puberty, especially for teen girls, is as old as the hills (or at least as old as Angela Carter's The Company of Wolves, but Wildling (IFC Midnight, on VOD now) flips the script. For starters, it's more of a sasquatch flick than a straight werewolf narrative, and secondly, the transformation of Anna (Bel Powley) is less about the end of childhood, and rather that both transformations serve as a wider metaphor for physical and emotional change. Dark, savage, but surprisingly tender, its American production never supplants its roots in Mitteleuropa (for an interview with writer/director Fritz Böhm, see "Nurture vs. Bloody Nature," March 12).