Madness and murder in Manhattan 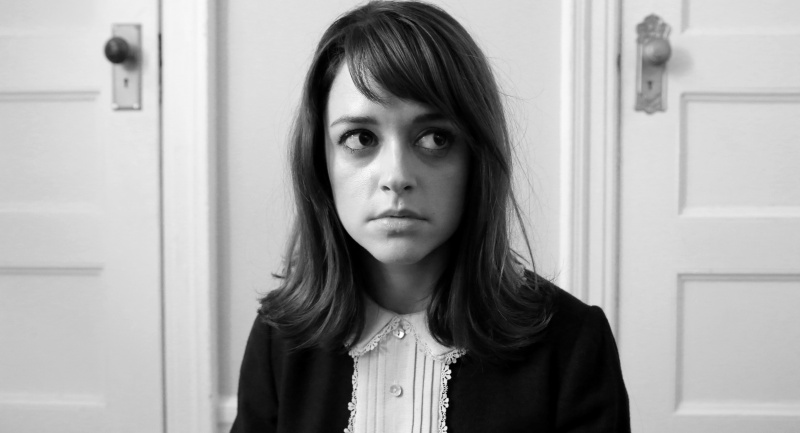 Blood. Gore. Guts. The simple mainstays of horror. But there is little more terrifying than the creeping ambiguity and uncertainty of madness, and director Mickey Keating's latest, Darling, is a shrieking, stylish throwback to classic creeping psychological horror.

Darling is basically a one-woman show, with the camera trained almost constantly on Lauren Ashley Carter (Jugface) as the title character. Her name is never revealed nor offered: Instead, she picks up this nomenclature courtesy of Madame, a New York aristocrat (played with dizzy regality by Sean Young), who has hired her as caretaker for a rambling four-story Manhattan mansion. The house comes with a history, as both Madame and a neighbor (Brian Morvant) tell her. Yet Darling is oddly short of such a history herself, a blank slate in a house of secrets.

Just as his SXSW crowd-pleaser Pod was a note-perfect homage to Nineties sci-fi horror, Darling is writer/director Keating's unabashed love letter to Roman Polanski's early English-language work, with undoubted nods to themes and motifs of his apartment trilogy (Repulsion, Rosemary's Baby, and The Tenant). Fans of Keating's producer, patron, and cameo star Larry Fessenden will also see the greasy fingerprints of his Habit here, especially in its greasy suspicion of its unreliable narrator in a supernaturally-shadowed NYC.

Lots of directors have the chops to copy the greats, but this isn't just bald imitation. On only his third film, Keating has already established an instantly recognizable style. Call them Keating Beats: Whether it's strobe-speed edit, a sound mix that will deliberately challenge the listener, or simply the decision to shoot in stark black and white, they constantly throw the audience off guard.

As for Carter herself, she's the Audrey Hepburn of indie horror. She catches Darling as a woman in full collapse, and much like Zoe Tamerlis Lund in Ms. 45 (another Keating touchstone). Much of her drama is an internal monologue refracted through her huge, moon-pool eyes. The same openness that made Carter such the perfect brave little sister in Pod here translates as eeriness, especially her willingness to stare, emotionless, expressionless back at the camera. Keating's willingness to knock down the fourth wall (another of his trademark tricks) plays to his leading lady's alluring and alarming strength. For an interview with Keating, see "Darling Mickey," Sept. 25.