1970s rat insanity and its sequel, plus Catfight 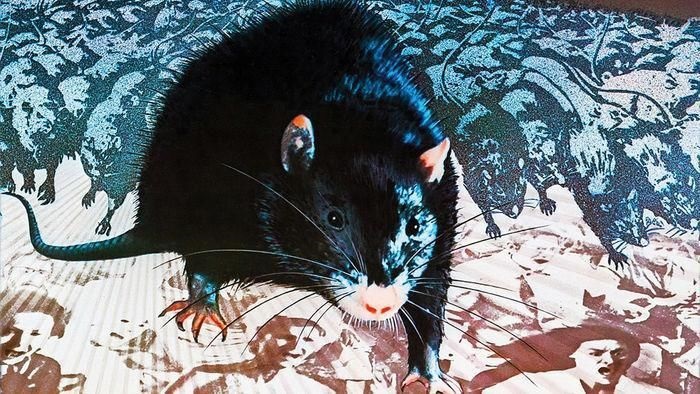 Who's that rat-a-tatting at the door? Bizarre animal horrors Willard and Ben arrive on Blu-ray.

Name a film that isn't automatically made weirder adding Crispin Glover. Correct, you're thinking of Willard, the Seventies strangest horror/crime hybrid that he remade in 2003 and yet could not make a lick more bizarre. After all, how much stranger can you make rat burglary?

The 1971 oddity by (and not kidding here) Bing Crosby Productions finally gets a Blu-ray release, along with its equally baffling sequel, Ben. In the original, Willard (Bruce Davison, Longtime Companion, the X-Men franchise) is a nerdy office worker, living with his aged and manipulative mother (horror legend Elsa Lanchester, in a rare later theatrical appearance), with only her retiree friends for company. He has a mildly flirtatious relationship with co-worker Joan (Sondra Locke, five years before beginning her successful collaborations with Clint Eastwood), but his only real friends come from the colony of rats that he first tames and then turns into his partners-in-crime.

His two closest associates become loyal white rat Socrates, who he keeps in the bedroom with him, and the mischievous Ben. Between them, they come to represent the best and worst angels of his nature. He initially uses them and their broods as company, and then for a little bit of grand larceny, but eventually rats will be rats, and those teeth will bite.

It's a rare excursion into horror by director Daniel Mann. He had proven himself as the definitional safe pair of hands with page-to-screen adaptations like The Teahouse of the August Moon and Butterfield 8, which could explain why he was handed Stephen Gilbert's 1969 short story Ratman's Notebooks. Sat somewhere between the Angry Young Man genre and the inbound wave of British extreme literary horror of the Seventies (hard not to see its DNA in James Hebert's seminal The Rats), Mann only seems comfortable in the office drama subplot. Willard's clashes with Ernest Borgnine as the man that stole his father's company have a kinetic malevolence that the rat sequences never achieve.

The most obvious aspect of the tonal misfire is Alex North's score. The composer and conductor responsible for epics like Cleopatra and Spartacus, and more intimate dramas like The Misfits, it's unclear whether he had any real clue about how to pitch this bizarre chimera of a film. It’s scarcely his fault, because Mann isn’t sure whether he’s riffing on Psycho or That Darn Cat!

The only reason it works at all is that, somehow, Davison communicates a complicated relationship with his four-legged friends. In the sole added interview on the disc, he provides some wonderful insights into shooting with 600 rats, including the quality of his human co-stars' teeth, and the pivotal role of peanut butter.

Where Willard was just ill-considered, Ben is flat-out unhinged. … If you’ve never seen a rat giving someone side-eye, then this could be a revolutionary moment in your life.

By comparison, Ben seems a little cursed, since this Scream! Factory release starts with an apology about the quality: after all, a remastering can only ever be as good as the source material allows, and no negatives or interpositives survive. By comparison to the Willard disc, which has an odd sheen, Ben has a 35mm grit to it. That's an unlikely boon for the work of former noir director Phil Karlson, who takes up the reigns from Mann and heads straight into animal nightmare territory.

The sequel picks up where the original left off - in fact, repurposing the final scene as an intro - but makes a major narrative change. The police turn up and find Willard's diary (unmentioned in the first movie, but a clear reference to the original short story's memoir format), laying out the whole Gothic mess of Ben, Socrates, and more.

Inevitably, the police set about hunting down the army of killer rodents, as they turn up in vast numbers to either consume or terrify random crowds. Honestly, this film justifies its existence if solely for the health spa disgorging a seemingly endless horde of humans escaping an infested sauna. However, while the horror fitted poorly with Willard's more grounded drama, here the openly gruesome script clumsily inserts sick child Danny (Lee Montgomery, later of Burnt Offerings and The Midnight Hour) who becomes Ben's new friend.

Where Willard was just ill-considered, Ben is flat-out unhinged, with no clarity about whether the audience should fear or pity the mad swarm of killer rats. It’s also hard to work out whether Ben has now become simply the rat king, or a psychic genius. Either way, the final massacre with flame throwers and shotguns is so at odds with everything that has gone before that it’s hard to feel much other than a little revulsion.

Of course, nothing sums up the split personality disorder of the whole franchise than the closing song. Midway through the story, Danny pens an ode to his new best friend, and so the closing credits are a 14-year-old Michael Jackson taking those lyrics and serenading murderous vermin.

Eh, still not as weird as Danny doing a puppet show for a clearly confused Ben. If you’ve never seen a rat giving someone side-eye, then this could be a revolutionary moment in your life. 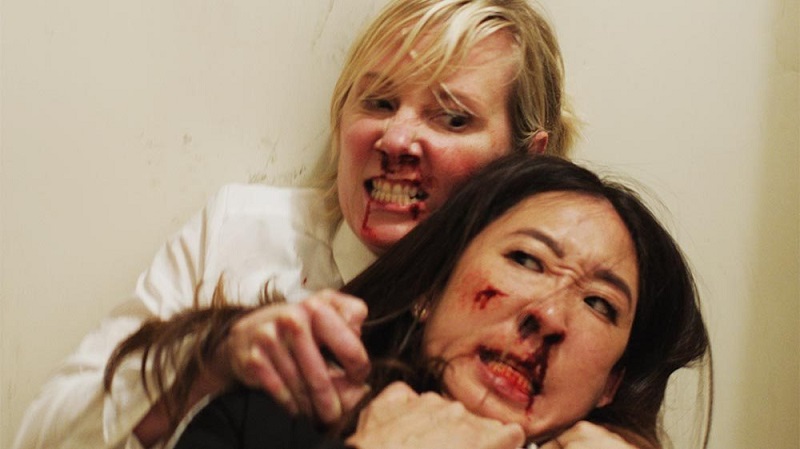 Anne Heche and Sandra Oh take on each other and the world in Catfight, out now on Blu-ray and VOD. (Image courtesy of IFC Films)

"Art isn't a real thing," warbles Veronica (Sandra Oh, Grey's Anatomy) in Catfight (IFC, Blu-ray and VOD now). A vile, caricatured (but only scarcely) walking personification of the "might is right" school of thought, she's clinging to the success of her war profiteer husband and the joy she gets from crushing her son's creative dreams. All her conversations begin with an accusatory question, which means she's in for a rough ride when she meets her college friend Ashley (Anne Heche, Hung), who is flailing as a mostly unsuccessful painter in Bushwick.

Writer/director Onur Tukel's genius is taking cinematic tropes (serial killers in Applesauce, vampires in Summer of Blood, genetic manipulation in his script for Bob Byington's upcoming Infinity Baby) and inserting them into laconic, iconic New York life. Here, he takes the classic class conflict story, à la Trading Places, and blends it up into a mad mélange of social realism, merciless capitalism, pretentious liberalism, and a savage attack on the acceptance of a never-ending war and a dysfunctional for-profit health care system.

It sounds like it's an over-egged pudding, but Tukel's strength is a heartfelt mercilessness that no other contemporary filmmaker can seemingly match. From their first face-smashing conflict, complete with enough high-impact sound effects to keep the Shaw Brothers ecstatic, to their inevitable final clash, he see-saws the audience’s sympathies between Veronica and Ashley. His story is a brutal reminder that a little bit of humanity goes a long way, but is so easily squandered, and that yesterday’s sympathetic character is tomorrow’s malevolent scumbag.

That this morality tale is told through Oh and Heche beating seven shades out of each other in some of the most gruesomely brutal street brawls of recent years makes it all the more madcap. A manic shotgun blast, like Albert Camus writing Looney Tunes.