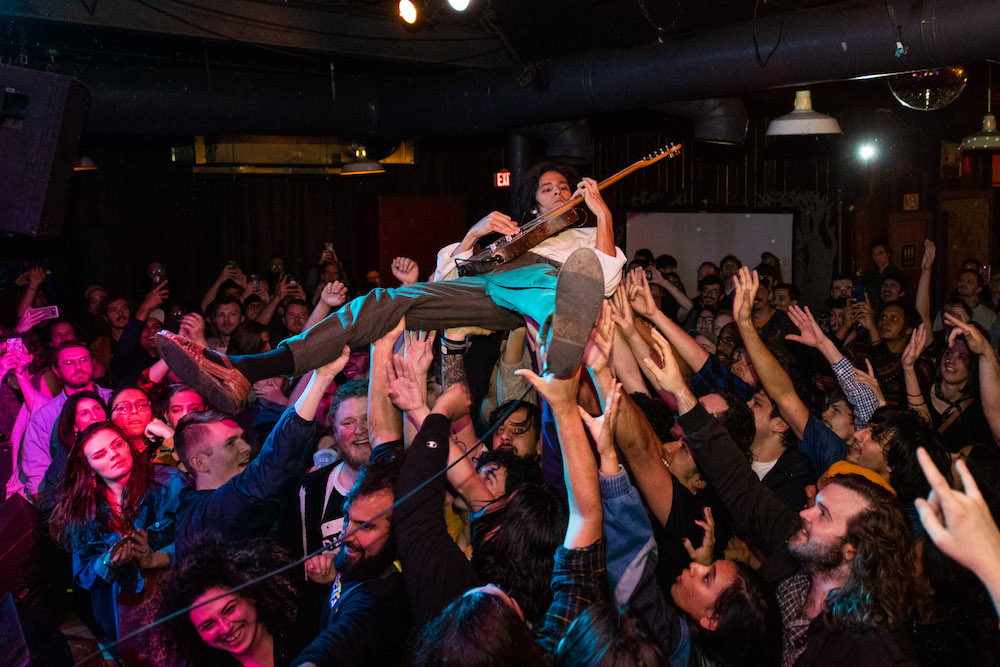 As the economic free fall of COVID-19 became clear last month, the buzzword of Hotel Occupancy Taxes (HOT) quickly popped up as a potential source of local relief. The Live Music Fund, a $1.5 million pool of HOT funds, is now on the table for emergency use following a resolution passed at last Thursday's City Council meeting. The effort, sponsored by Council Member Kathie Tovo, creates an "Austin Music Disaster Relief Fund" to eventually divvy emergency grants to local musicians.

Considering HOT funds rely on hotel visitors, the money stream slowed considerably over the last month, lessening the pot from a previously estimated $3.5 million annually. According to the resolution, the LMF can only be tapped after considering other funding sources, like federal relief. If the long-fought funding is tapped, the city will set up a plan to refill it.

"It is not suggesting that this is anything other than a temporary use of [the LMF]," explained Tovo of the resolution. "It is simply acknowledging that we have infinite need right now among our residents, including within our music community. These are individuals who need assistance now."

Tovo's proposal drew ideological lines about what the capital should be used for. Advocates fought for years to secure the first consistent city funding for music, solidified in last November's local elections. At the Council meeting, Mayor Steve Adler said he'd prefer the monies were used for long-term music industry sustainability, rather than rerouted to emergency relief.

"When this resolution came out, almost everyone I know within the music industry called and said, 'Absolutely, we need support, but please don't use that fund,'" said Adler. "Regardless of what happens with the emergency, we still need that for the infrastructure we've been arguing for over a decade – and we finally now have in position." The morning of the Council meeting, music nonprofits including Austin Texas Musicians, the Health Alliance for Austin Musicians, and the SIMS Foundation sent a letter opposing the resolution. The groups argued last-minute addition of the item did not allow enough time for feedback. Council Member Jimmy Flannigan expressed similar concern at the meeting.

"That is not under any circumstances sufficient public engagement," he added. "I really hope that, moving forward, we're not making this a regular practice."

The evening prior, the Austin Music Commission voted to support the resolution – adding stipulations that the LMF would be used as a last resort and refilled if so. Last month, before the city allowed virtual commission meetings, the group went slightly rogue in sending a letter to council members with the original idea for an Austin Music Disaster Relief Fund. Tovo's emphasis on use of the LMF in her later draft proved cause for concern at Wednesday's AMC meeting.

"We worked for years to get this infrastructure-based ongoing funding for an already deeply troubled live music scene, and to dig into [that] through addressing this immediate, urgent issue seems like a poor fit," said Commissioner Graham Reynolds.

Following the week of scrambled music activity, Music Commission Chair Rick Carney said he "was fairly happy and hopeful" with Council's final edition of the AMC's Relief Fund idea. He expects to hear back from the city manager in two weeks about whether the LMF or another funding source will be prioritized for emergency relief. During that time, he's reaching out to an advisory group of community members suggested by his delegation, which will oversee distribution of the funds.

"It was a tough decision for me to pivot and say, 'We need this money right now, at this stage of this emergency,'" says Carney. "The Live Music Fund wasn't built to fix immediate needs; it was to build a future. But, if we don't save what we have, we don't have a future to build for." Austin poured its heart out following the passing of John Prine on April 7, so much so that I had to Google him to make sure he wasn't from Texas. The 73-year-old song hero's most recent of eight total Austin City Limits performances airs Saturday, April 18, at 7pm on local PBS affiliate KLRU (see our new "PL-ATX" list). The 2018 taping plus a local show supported final LP The Tree of Forgiveness, with the latter performance reviewed by Chronicle Prine fanatic Kevin Curtin:

"The moving 'Boundless Love' proved a turning point for Prine's vocals – hitting a stride that lasted throughout the next 10 songs. That's just icing on the cake because you don't need to sound pretty when you have lines like, 'Sometimes my ol' heart is like a washing machine/ It bounces around 'til my soul comes clean.'

"People say geniuses see things differently, but John Prine sees exactly what the rest of us do and articulates it in distinct terms uniquely witty, heartfelt, and unpretentious. He's forever the wisecrack sitting at the bar of a small town diner with a plate of meatloaf, a newspaper, and a mouthful of perfect quips."

Travis Nelsen, onetime drummer for indie rock favorites Okkervil River, also died April 7. No cause of death has been announced. The formerly local group, in which Nelsen played 2003-2010, shared the news on social media: "He was a radiant, hilarious, charismatic, generous, passionate human being with a heart that was completely open... If you ever saw him play live, you remember it – maybe more than anything else about the show." Family requests donations to the Health Alliance for Austin Musicians via the Facebook fundraiser "Remembering Travis Nelsen."

Oblivion Access, June 5-7, announced its postponement. The heavy-hitting fourth year lineup invited Converge, Swans, Lil Ugly Mane, and more across Barracuda, Empire Control Room, and Mohawk. Organizers update that the festival returns June 10-13, 2021, adding, "We are excited to announce that we have confirmed two additional venues and have added an extra day to Oblivion Access 2021. The vast majority of our lineup has been reconfirmed for 2021, as are many new artists, who will be announced in the near future."

Thank You for Sweating, the DJ collective behind roving parties around town, takes the underground effort online with a 48-hour radio marathon. Founder Charles Moon curates a nonstop run of local talent and international artists for the weekend, running from noon Friday, April 17, to midday Sunday, April 19. Perspire along at www.thankyouforsweating.com

South by Southwest co-founder and CEO Roland Swenson detailed fallout from the canceled conference on a live webcast last week with The New York Times. "It was more like a car wreck than slowing down and stopping," he said of the March events. When asked about the prospects of the festival moving forward, he replied, "The way things are right now, we basically have enough money to get to the next event, if nothing else goes wrong."