John Prine Gets to Heaven

“I didn’t realize I’ve been here eight times,” puzzled John Prine Tuesday night shortly after Austin City Limits executive producer Terry Lickona noted exactly how many episodes the songman had taped. “I guess I’ll just keep doing it until I get it right.” 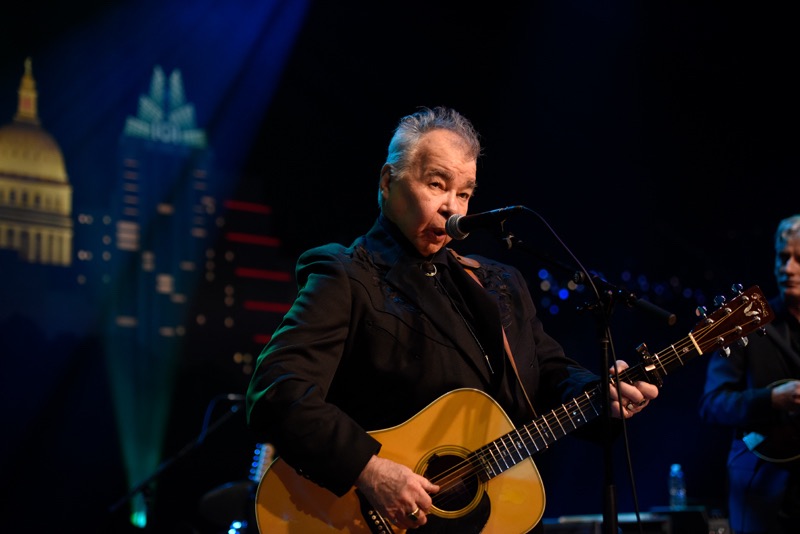 Album opener “Knockin’ On Your Screen Door” could’ve fallen off 1973’s Sweet Revenge and gave way to rare minor-chord dirge “Caravan of Fools,” a song Prine noted “had more writers than Trump has original members in his cabinet.” On excellent Pat McLaughlin co-write “Egg & Daughter Night, Lincoln Nebraska, 1967 (Crazy Bone),” the singer had the audience rolling after a verse that seemed to laugh in the face of his own impending decrepitude:

“When the grandkids all are grown/ And they put you in a home/ And eternity is approaching fast/ Yeah, you’re half out of your head/ And you probably pissed the bed/ And you can’t see a thing to save your ass/ And far across the prairie/ In the local cemetery/ They already got your name carved out in stone.”

Soon thereafter, the moving “Boundless Love” proved a turning point for Prine’s vocals – hitting a stride that lasted throughout the next 10 songs. That’s just icing on the cake because you don’t need to sound pretty when you have lines like, “Sometimes my ol’ heart is like a washing machine/ It bounces around ’til my soul comes clean.”

People say geniuses see things differently, but John Prine sees exactly what the rest of us do and articulates it in distinct terms uniquely witty, heartfelt, and unpretentious. He’s forever the wisecrack sitting at the bar of a small town diner with a plate of meatloaf, a newspaper, and a mouthful of perfect quips.

Eventually, he dismissed the band for a solo section highlighted by a singalong of red-eyed anthem “Illegal Smile,” then welcomed an unexpected guest: burgeoning Americana singer-songwriter Tyler Childers, who hails from Prine’s spiritual homeland of Kentucky. The 26-year-old joined his mentor for the classic last will and testament “Please Don’t Bury Me,” then played his own “Lady May.” Even with one of the planet’s greatest living songwriters standing nearby in Prine, Childers’ craft and delivery impressed.

Childers later returned for “Paradise,” nailing the “coal company came” verse, but this wasn’t a greatest hits taping – no “Sam Stone,” no “Pretty Good,” no “Hello in There.” Rather, it carved ACL’s initials into the Tree of Forgiveness. Album closer “When I Get to Heaven,” in which Prine anticipates smoking a cigarette nine miles long, seemed like an improbable tune to perform live, but as the night’s penultimate song, it translated so wonderfully and wildly that everyone in the Moody Theater ascended with him into the clouds. 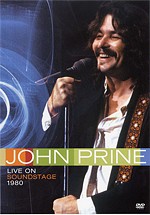 Prine: Then and Now
John Prine's something old, something new