New Austin Music You Can Enjoy at Home

What we’re spending our time with 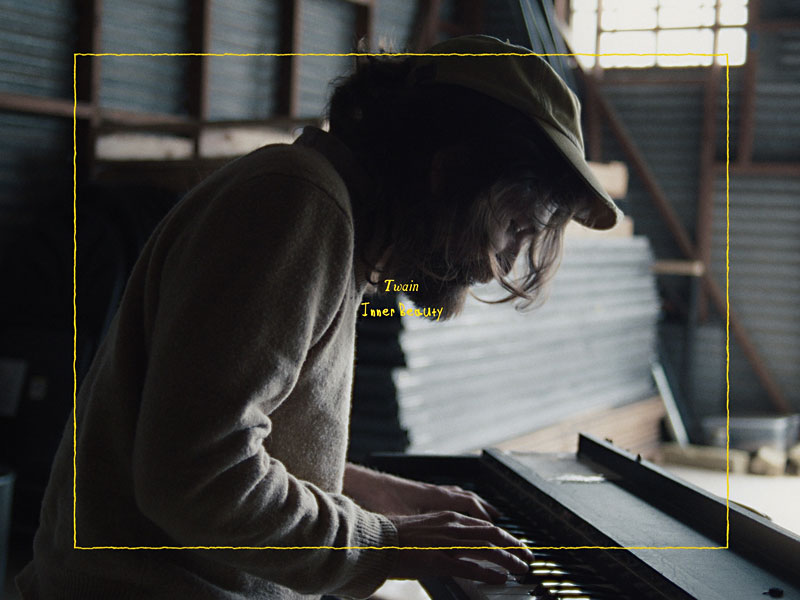 Live Song Series: Some of That, Please

Henry Davis and Alex Winker's YouTube series launched on the set of Little Mazarn's music video for "Vermont." After wrapping up filming in an abandoned, decaying school building, the moviemaking duo asked vocalist Lindsey Verrill to perform a one-take rendition of Bruce Springsteen's "Dancing in the Dark." Nay Wilkins of local act Hikes mixed the audio, and the serene, largely acoustic live performance project was born.

"We recorded [Lindsey's episode] in 10 minutes, but the end product was really good," says Davis, cinematographer for Some of That, Please. "So we thought, 'If nobody else is doing a hi-fi thing for the indie scene, we should start.'"

The roommates met in film school at the University of Texas and worked together on documentaries while hosting house shows. Their stripped-down music series, started last fall, matches rock and folk artists with soft, spacious locations. Wilkins' episode takes on Hikes track "Mauve Rinsed," written about the 2018 fire at Raw Paw arts collective.

"We try to record the artists in spaces that are personal," explains Davis. "Nay wanted to record around ashes and wood, so we went to the burn scars in Bastrop State Park. Half the trees are burned down, and half of them are coming back up."

"Basically, it's supposed to feel like a really well-made home video," adds Winker. "The goal is just to put the camera on something good and have it play out, as naturally as possible." – Rachel Rascoe

"This is me wanting to film the walking into this new house ... and all the songs and moments and time I get to spend in this building and really bring these people I love into it and hopefully make some really weird magic happen." So offers Alejandro Rose-Garcia (Shakey Graves) introducing his new studio on Hello Gorgeous. The five-part weekly series, airing Mondays at noon, documents the evolution of Shakey from one-man-band troubadour to establishing his new sanctuary just southeast of Austin in Goforth. The immaculately filmed and edited episodes play as part documentary, part behind-the-scenes hijinks, and part music video, with new songs and even live-streamed performances. – Doug Freeman

When Ft. Worth crooner Todd Michael "Leon" Bridges emerged in 2015 with Coming Home, his silky smooth R&B evoked no less than Sam Cooke. That specter still looms large on the watery, weightless, electro-soul of new one-off "Inside Friend," featuring a wavering, neon solo from sometime Jerry Garcia stand-in John Mayer. "It's evil out there/ Let's keep it at home," coos Bridges, who said of the track with its release last week, "[It] came about from Mayer and I joking around in the studio about what an ideal date for an introvert or homebody like myself would be. ... The current state we're in globally compelled us to dig this back up and finish it. I hope people find it soothing and uplifting while we hole up indoors and get through this." – Raoul Hernandez

Headed by composer/keyboardist Justin Sherburn, Montopolis' calming, location-oriented classical inflections help push us through. The former Okkervil River player admits, "The loss of all our spring shows was a huge blow financially and emotionally," so he and his wife Sara Nelson perform on Facebook Live Tuesday nights at 8pm. "I'm lucky to have an amazing wife that also happens to be a world-class cellist," furthers Sherburn. "We've done a few livestreams playing Montopolis material, but now we're switching over to doing mostly requests – David Bowie, standards, tangos – whatever people want to hear." Recognizing an opportunity, the band also began putting their lush, atmospheric audio efforts up on their newish YouTube page (www.youtube.com/channel/UCd3amnZzTNkRZtePXZluJsQ), paired with appropriate and breathtaking landscapes. – Kahron Spearman

Formed with a rotating lineup of synthesis and sound design students from the local Texas School for the Blind & Visually Impaired, newest release Switched On Larry boasts sevenpiece instrumental exploration of synthesizers, samplers, and sequencers across a rather brief 12 tracks. Genre-hopping abounds via brisk and joyful strides through synth-pop, synth-wave, experimental beatmaking, and other electronic mishmashes, closing with 10-minute dungeon synth epic "Haunted." Edited by faculty member Lacey Lewis (aka ambient loop maven Heavy Stars), the album comes with additional engineering work by members of local experimentalists Obnosticon and the Bassturd. – Greg Stitt

Lightly psychedelic dream-pop with Britpop sensibilities, debut EP Shield from Semihelix condenses early recordings from an upcoming full-length into a stellar four-song sampler. On top of drummer Michael Reyes' driving rhythms, Joe Pannenbacker's commanding bass lines commingle with guitarist Geannie Friedman's dulcet voice in a combo reminiscent of more upbeat work from shoegazers Lush. Jangly guitar emphasizes "Only to Go On" and "Only Bluff," while the bass lick from "Translucent" puts the track squarely in the realm of local earworms, and closer "Wear It Out" sets the listener up with instructions from its title. Also available on short-run cassette. – Greg Stitt

One of the most prolific artists in Austin, Jarrett Williams (aka Clova), presents the essence-focused Clove, a thematically uncomplicated and concise LP of late-night, whip-around tracks. Cutta Musik's "King of the Green" production runs into Da Baby's multilevel, bass-driven "Bop" territory, where the rapper goes in with his signature relentlessness. "No Mind" features Southside Hippie and Swish Fifty on a slow roll, promethazined out over perfectly timed lazy, rainy day keys. Hippie reappears – this time on production – on too-brief strip club banger "Buss." On standout "Outlaw," Austin's Rap Game Yoda says he's "'bout to take this Austin culture across the whole globe." – Kahron Spearman

Kinshe Hill christens his 2020 with a stack nearing 10 singles. The Austin rapper even immortalized COVID-19 in the form of a memeable music video for his wonderfully misguided "Corona" freestyle. Though quarantine has stifled some people, Kinshe debuts a new track every Saturday in the lead-up to his forthcoming project. The currently untitled tape sports a tentative release date later this month or next. "Can't Stand Me," a collaboration with Central Texas rapper 37Bubby released April 11, showcases Kinshe's propensity for juggling dabbles in Auto-Tune and furious flows within the same verse. – Derek Udensi

When John Prine, 73, died in Nashville on April 7 from COVID-19, mortality did what neither snow nor rain nor heat nor gloom of night could to musicdom's most famous mailman. By sheer synchronous provenance, Prine's final of eight appearances on Austin City Limits, recorded June 5, 2018, airs this Saturday. A dozen songs, web exclusives for "Angel From Montgomery" (www.youtube.com/watch?v=q3qr4xi0RTk) and "Everything Is Cool" (www.youtube.com/watch?v=6V4rrnb2-fc), and a guest shot from Tyler Childers seed that year's The Tree of Forgiveness, whose closer "When I Get to Heaven" lands in the penultimate slot on ACL: "When I get to heaven, I'm gonna shake God's hand/ Thank him for more blessings than one man can stand/ Then I'm gonna get a guitar and start a rock & roll band/ Check into a swell hotel; ain't the afterlife grand?" – Raoul Hernandez