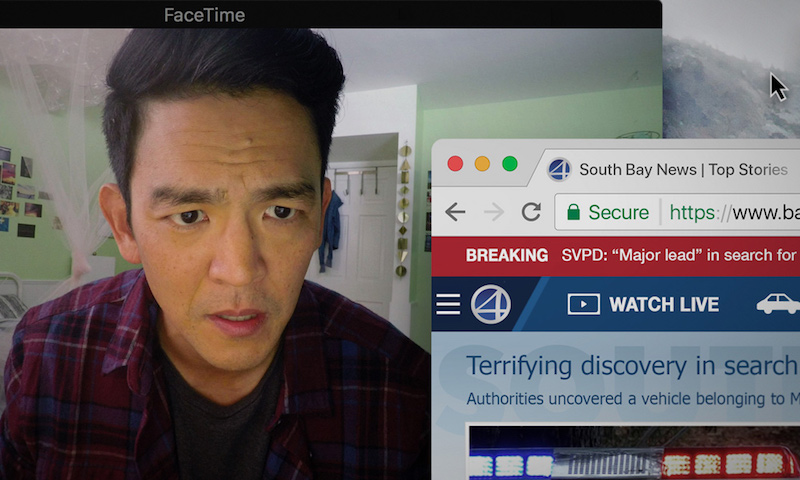 Crucially, Searching begins with an opening cyber-montage of the evolution of the Kim family, dad David (Cho), mom Pam (Sohn), and their daughter Margot (La). Early-Aughts-era video clips of Margot’s birth, her first day of kindergarten, piano lessons, and so on are shown via the tech of the times, moving from Microsoft Windows heavily pixelated Internet Explorer footage to, eventually, Apple’s crystal clear retina display. It’s a clever, flawless introduction that instantly integrates you into the Kim family’s life via Moore’s law.

Things begin to fall apart for the Kims when Pam is stricken with lymphoma, leaving widower David to finish raising young Margot on his own. Cho shines here as the doting dad who just might not know his equally grieving offspring as well as he should. When Margot fails to return home after a high school study group one night, the story moves into manic parent overdrive with search and rescue teams, led by Detective Rosemary Vick (Messing), covering the jagged canyons outside of San Jose. Soon all the “if it bleeds, it leads” news coverage and a perpetual barrage of Amber Alerts focus on the case. All of this, of course, is viewed by both characters and the audience through the black mirror tech that eventually becomes a sort of character itself.

To say more would defeat the many red herrings, and spoil the increasingly jarring revelations within the film’s narrative. Suffice to say Searching is far more than a simple abduction thriller – Liam Neeson would have probably just shot the hell out of all the devices on display here and gotten nowhere fast – but is also a savvy commentary on both family and our utter dependence on all those weirdly less and less invasive (or are they?) byproducts of the Anthropocene internet age. Searching may strike older viewers as a novel experimental film – which, alongside the Unfriended films and the upcoming Profile, I suppose, to some extent it is – but more importantly it’s a genuine white-knuckling exploration of our relationship with disruptive technology and how that impacts one average American family’s daily life. 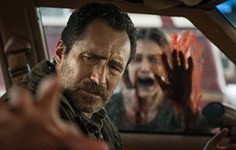