The Prince is dead, long live the Prince 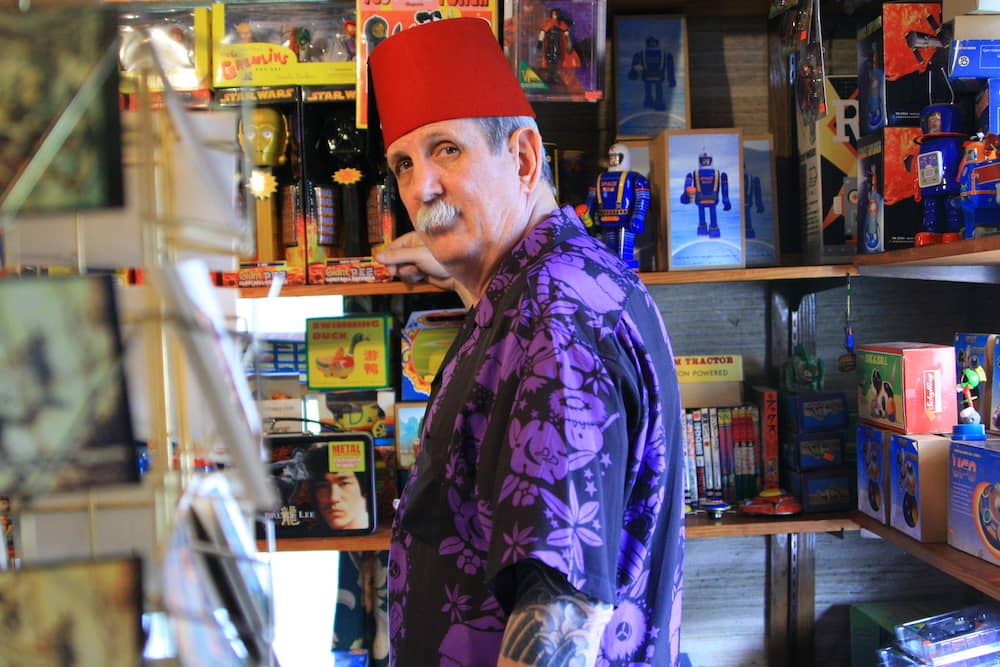 The more Austin changes, the more important it is to remember what once was but is, sadly, no more. Even magic has an end date, apparently.

Last Thursday, Aug. 4, at 4:30am, James “Prince” Hughes, owner and sole proprietor of the legendary and phantasmagorical punkutopia Atomic City, passed away from complications of lymphoma.

His death was unexpected and came as a crushing blow to friends and far-flung members of Austin’s early Eighties punk rock community who called the cramped, two-story shop at 1700 San Antonio their home away from home and full-time hangout spot.

A child of luminous Los Alamos who ended up in Austin, Prince was a singular presence, first at the original and equally unique Oat Willie’s head shop, and later, in 1982, at his own private yet open to enthusiasts of the odd and outré, Atomic City, until its closure in 2010.

Chockablock with everything Prince was passionate about, Atomic City was and remains unsurpassed in the annals of Genuine Austin Weird.

Chockablock with everything he was passionate about, the store was and remains unsurpassed in the annals of Genuine Austin Weird. It was his own personal so-cool-it-was-downright-radioactive Emporium of Awesome, the kind of bizarre bazaar you read about in old pulp magazines like Amazing Stories, Astounding Science Fiction, and – natch – Weird Tales. The sort of possibly, presumably multidimensional mystery shop that only appears out of the corner of your eye when the moon is full and rocketeers inexplicably kitted out in riotously colorful Hawaiian shirts battle Japanese daikaiju – literally “giant strange beasts” – overhead. It was a kind of Heaven for the right sort of person and eventually became Austin Punk Rock HQ for wont of a better word.

I can’t calculate how many thousands of dollars I spent buying everything from my first pair of Doc Martens (Oxblood, 10-holes) and Creepers (black brothel style, with white trim) to a seemingly endless string of Godzilla and Toho Studios plastic monster figures. At Japanese import-only prices to boot. Nor can I count the hundreds of hours I spent either lounging around the front porch with other budding delinquent artist types, drinking cheap Lone Stars and waiting for the next punk rock matinee at The Continental Club. All I can say for certain is that Prince’s notion of heaven on earth pretty much matched mine exactly, right down to the three-foot-tall Robbie the Robot from 1956 sci-fi classic Forbidden Planet to the vintage tin toys and old-school Halloween decor that plastered the walls like the echoes of dreams made real. At Atomic City, every day truly was Halloween.

Prince, forever seated on a stool behind the counter, did not suffer fools gladly and I witnessed him usher the occasional baffled and bewildered tourist or dubious frat boy out the door, which would always be accompanied by the tinkling of the entry bells as the door slammed shut behind them.

But enough about me, or from me.

What follows are a handful of memories from some Austinites who knew Prince long before I did. (I only arrived in Austin in June of ’84, armed with my first mohawk and a gnawing need to find a likeminded community of my own, which was what Prince and Atomic City were to me.) Read on and, like I said at the start, remember. 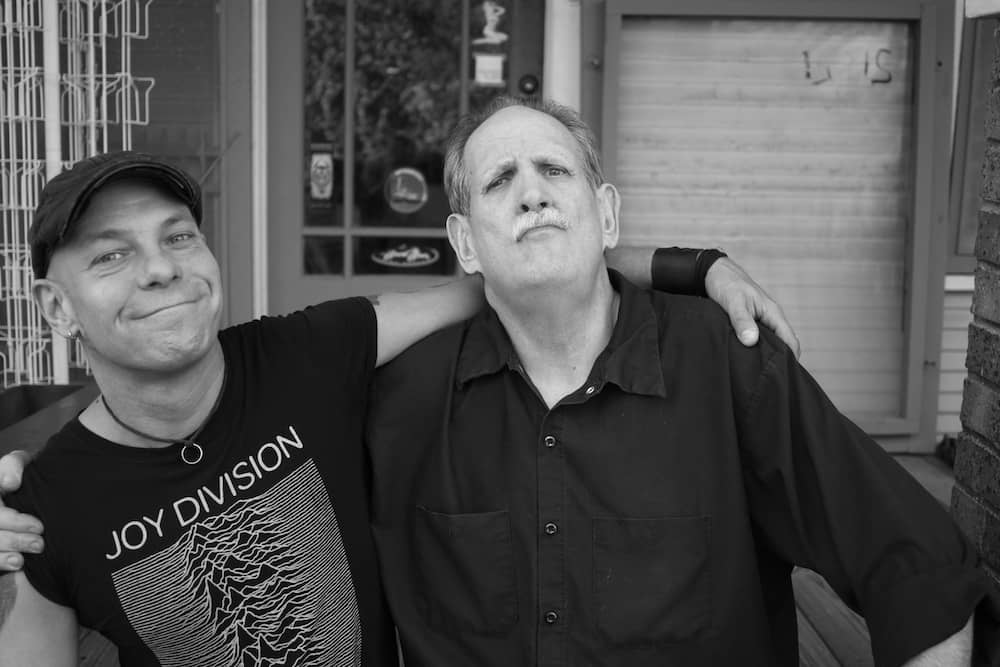 “He got the nickname ‘The Hawaiian Prince’ because when he was a child he got to go to Hawaii on a cruise ship, which I think made him love the Hawaiian shirts he always wore. He played old style Hawaiian music at the store all the time. His style and fashion sense were a huge part of his persona. When he was in junior high he’d have his mom sew him pink and black Elvis-type shirts and pleated pink slacks.”

“I met Prince in 1978 when I was 8 years old. He was working at Oat Willie’s and my stepdad owned a building just west of there. They wouldn’t let me go in Oat Willie’s by myself because you had to be 18 but I would go in with my parents.

“I first went in to Atomic City not long after Prince opened it and thought, Wow, this is a really cool store! I liked the fact that as I grew up I could always stop in and say hi to Prince, hang out in that cool old house, and just bask in all the amazing stuff he had in there, going all the way from the very bottom of the floor to the very top of the ceiling and even on the ceiling.”

“I’d seen Prince at punk rock shows at Raul’s and didn’t really know what to make of him. He was just this big, older guy with a Hitler mustache who just sort of turned up at [Big Boys] and Dicks gigs. He was a little intimidating.

“When Atomic City opened it was unlike anyplace else in Austin. Prince brought in and stocked the store with things I’d never heard of, like manga and all the Japanese robots. Prior to that, when the Big Boys went on tour to Los Angeles, we’d all be sure to set aside some time to go down Melrose so that we could buy Doc Martens, Creepers, punk T-shirts, the punk stuff we couldn’t get back in Austin.”

“Everything about Atomic City, including Prince, was the definition of cool.”

“Of course I bought my first pair of Docs from Prince. They were so cool, they had flames on them. Later on I bought a pair of red and yellow wingtips that looked like total fucking clown shoes but still they were really cool. Everything about Atomic City, including Prince, was the definition of cool.

“I really liked his sense of humor. He was like a rock but when he told a joke that made it even funnier because he wasn’t an overly humorous guy.”

“It wasn’t long before Atomic City became this hub for the punk scene back [in the early-mid 1980s]. Susie had a separate shop in the back and then later on I had my own [Rude Boy]. I was printing punk T-shirts and by that time Atomic City was its own little punk rock community. Back then the scene was really small, maybe 200 people, but everyone would stop by to check out what was going on, talk to Prince, find out what shows were happening, what bands were coming, and they’d end up hanging out on the front porch all day, talking and drinking and just..being punk rock. It was a haven for all the Austin punk kids.” 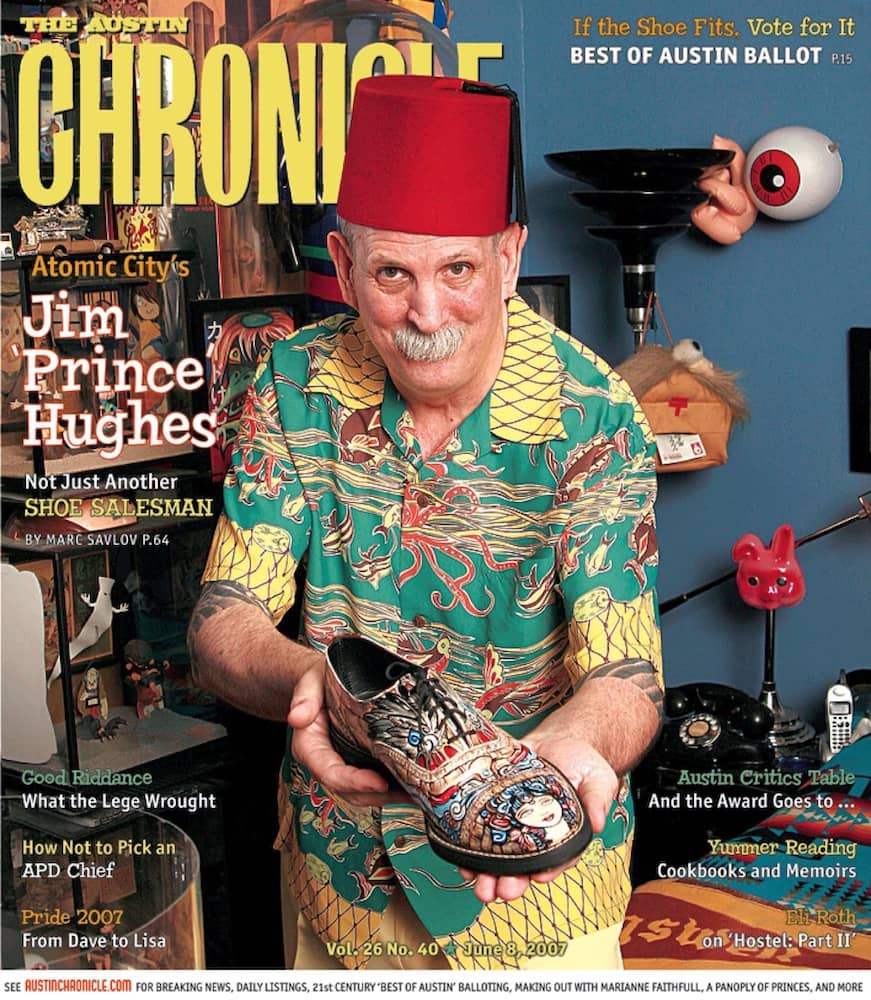 “I was really honored when he allowed me to put up one of my early posters on the outside of the front door. It was for The Black Cat Lounge’s first anniversary show with the band Soulhat. Prince letting me put my own artwork on his door was a huge deal for me.”

“After it came out [recently] that Prince had lymphoma and wasn’t doing too well, the outpouring of support from so many of those young punks who made Atomic City their home away from home back in the day – now mostly adults in their 50s – was great to see. In the end, the best thing is that Prince realized and knew how many people still thought about him and thought so highly of him and Atomic City that they took the time to call and organize to help him out all these years later.”

“Atomic City was like, what do they call it? Brigadoon! That glowing city, that atomic city that appears every once in a while if you’re lucky enough to be there at the right time. It was magnificent.”