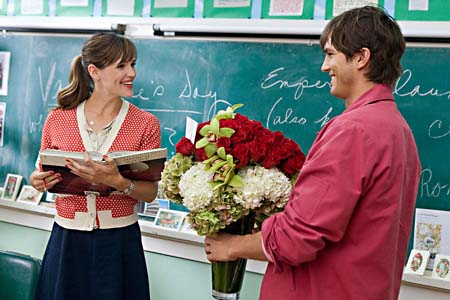 Three-quarters through Valentine’s Day, director Marshall pops in for a seconds-long cameo as a mariachi band player. At the sneak screening, you could feel a little ripple go through the crowd – sort of a “ha!” coupled with an “aww!” But when I scrolled through Marshall’s credits after the film, I couldn’t figure out what the crowd – sentimental bastards, all of us – were smiling at: Have we not seen his IMDb rapsheet? Yes, yes, we’ll always have Marshall’s Happy Days and Laverne & Shirley, even Pretty Woman, a film that has aged as poorly as I imagine your average Hollywood Boulevard hooker does – those not rescued by a pinstriped Prince Charming, that is. But what has Marshall done for us in the 20 years since? Raising Helen. The Other Sister. Exit to Eden. Valentine’s Day never embarrasses in the way those film do, but that’s not much of a recommendation, is it? Aggressively unfunny and unromantic, Valentine’s Day’s chief concern appears to have been the corralling of its cast of a thousand stars; it seems far less attention was paid to what to do with that cast once assembled. There are so many boldfaced names that each is reduced to minutelong blips here and there; there’s no room for character development, so the filmmakers must hook us in via the extraordinariness of the action or the enduring appeal of the actor. On the first count, Valentine’s Day is a big bust: Screenwriter Katherine Fugate (The Prince & Me) invents one unenlightened scenario after another, then crisscrosses them in ways that are corny, not clever. (That the film’s one gay relationship exists for “gotcha!” purposing alone indicates how unengaged with the real world Fugate’s script is.) There are standouts in the cast – Hathaway plays way against type as a glammy poetess moonlighting as a phone-sex operator, while the likable Kutcher and Garner, as best friends ostensibly in love with other people, emerge as the only real relationship worth following. Is there fleeting entertainment in watching so many stars share the screen? Maybe, but what’s the use of a supergroup if the music it puts out is sucky? 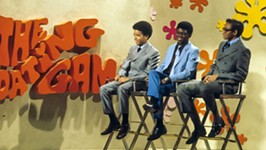 What Kind of Austin Dater Are You?
Try our handy dandy love quiz and find out where you should spend V-Day

12 Things to Do for Single Austinites This Valentine's Day
Doggos, food, drink, and more for your single and ready-to-mingle self

Wine of the Week
Wines for lovers