Screen life horror works because you hate the "hero" 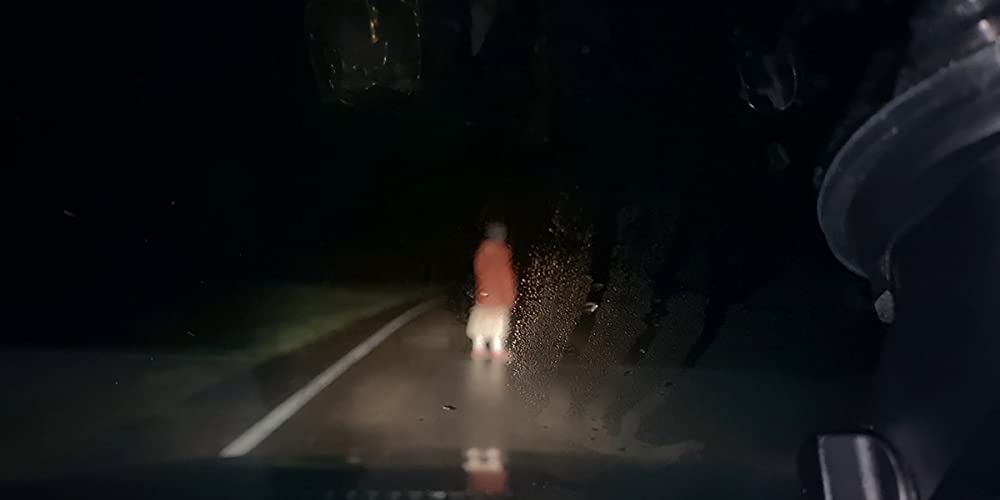 Irksome protagonists are often a matter of taste. There are some actors that make some audience members bare their teeth, and some characters that will infuriate some watchers. However, that's rarely deliberate. Not so in the case of the infuriating Annie, the "why won't you just die" unwitting villainess of Dashcam.

Unlikable doesn't even come close. A Covid-denying, loud-mouthed, selfish, self-obsessed, moronic, ignorant, aggressive ... honestly, the list goes on. Why her former bandmate, Stretch (Amer Chadha-Patel) allows her in his London house, turning up unannounced from the U.S. in the middle of the lockdown, is baffling, most especially to his partner, Gemma (Jemma Moore), who wants this slovenly, foul-mouthed imbecile out of their home as fast as humanly possible.

The audience will share that emotion as Annie staggers through a series of mean-spirited petty crimes that she thinks are reasonable because she feels ... slighted? Unheard? Set against by your stupid rules? That she does this in what seems to be the first stages of a Resident Evil-esque zombie apocalypse don't improve her case. She blunders around, livestreaming this POV pitch-black comedy horror from via the eponymous dashcam in Stretch's purloined car, or via her iPhone to her streaming followers (although why anyone would follow her, unless they were equally annoying ... oh, right).

After turning heads with his game-changing Zoom horror, Host (arguably the first masterpiece of the oft-damned sub genre), director Rob Savage swaps his debut's mosaic-balancing intricacies for a much more traditional POV format. If anything, Dashcam (scheduled for release June 3) feels like an installment from the V/H/S franchise blown up to feature length. What makes it especially testing is the presence of Annie Hardy of L.A. band Giant Drag - sort of the insult comics of the art rock set. She plays a version of herself - or at least, one can hope, of her stage persona. Because if that's really her then it's astounding anyone would put up with either IRL Annie or Dashcam Annie.

But that's the joke here, the idea that the apocalypse happens to everyone, and that, just as in the real world, it seems that dumbass conspiracy theory morons who dress up their selfishness as principled libertarianism seemingly walk away from everything. Annie is the walking personification the last two years of asymptomatic idiots who got people killed by refusing to wear a mask. You'll be screaming for something, anything, to finally get this most unsympathetic of characters - and that's the real challenge of Dashcam. Annie is a lot to handle, even for the truncated 77 minute run time, and maybe it would work better as a V/H/S 20 minute slot: but then, you wouldn't get quite so amazingly infuriated by her. Dashcam, unlike few films, relies on your annoyance.

Streamed as part of Panic Fest 2022. April 28-May 8. panicfilmfest.com