Rooster Teeth, the Austin-based online studio responsible for mecha-animation gen:LOCK (above) has announced a major shakeup of its animation division after complaints from staff about a "crunch culture." (Image courtesy of Rooster Teeth)

Rooster Teeth, the online studio and one of Austin's biggest entertainment employers, has announced a major shake-up amid growing complaints from staff about a constant "crunch" culture. The changes start with the news that Gray G. Haddock, who oversaw the last few years of growth, is stepping down as head of animation.

The controversy began with several months of review on employee feedback site glassdoor.com regarding pay and working conditions at the company's Austin animation farm. The repeated theme was of excessively long hours, poor management, and an over-reliance on temporary contract workers. The overarching complaint was that the studio is in a constant state of crunch – an increasing concern in the gaming and animation industries, where every day is another breakneck deadline.

These anonymous complaints were seemingly confirmed on Twitter by Georden Whitman, creator of RT series Nomad of Nowhere, who said that staff were let go after projects even after promises of full time permanent employment. 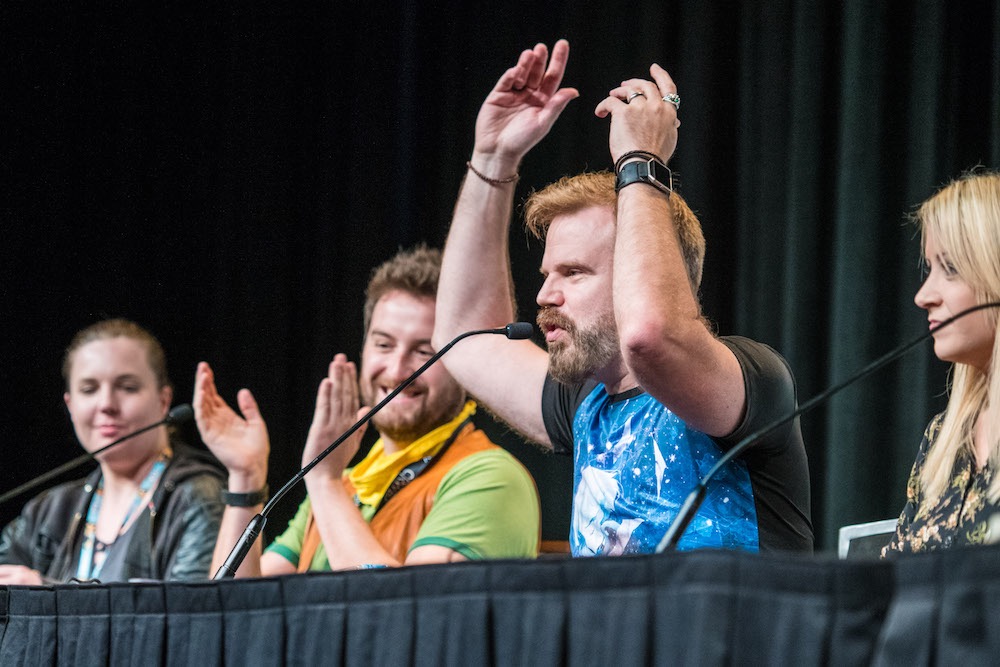 Rooster Teeth head of animation Grey Haddock at the RTX fest in 2018. Today the Austin-based online content leviathan announced he will be moving to a "purely creative role" as part of an overhaul of working practices. (Photo by David Brendan Hall)

This morning, Rooster Teeth CEO Matt Hullum released a statement via the firm's official website announcing that Haddock will be stepping down as head of animation and instead moving into "a strictly creative role." He also announced that Margaret M. Dean, the head of Ellation animation studios (a sibling company to RT ever since the AT&T/Time Warner merger last year) and president of Women in Animation, will assist them in finding a replacement.

Addressing the staffing concerns, Hullum continued, "We acknowledge that we could have better managed our animation pipeline, and we apologize to all who have been affected." He said that there was already an ongoing review of the animation division, and that they will be working with "experienced leaders in the animation industry on our workflow, pipeline, production structure."

Rooster Teeth was founded in 2003, and has always undergone seemingly constant exponential growth. However, the animation division has seen some of the quickest expansion, going from semi-regular shorts and machinima like Red vs. Blue to multiple regular series, including breakout anime success RWBY, 2D comedy Camp Camp and their biggest project to date, the star-studded gen:LOCK. 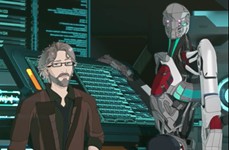