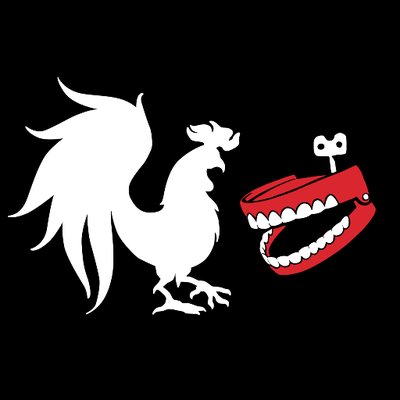 Austin-based online streaming service and content studio Rooster Teeth is arguably the city's biggest entertainment media employer, so any changes in management or ownership are inevitably noteworthy. Now the firm is part of the recent reshuffling of assets in the wake of AT&T's acquisition of Time Warner.

It all comes as the end result of five years of mergers and acquisitions that have culminated in Rooster Teeth being moved from its current slot at FullScreen Media to sibling company Ellation, where it will become an independent brand alongside anime streaming service Crunchyroll.

Here's the timeline of those corporate shuffles that have moved Rooster Teeth from an independent studio to part of what AT&T seems to be lining up to be part of their effort to build billion dollar brands.

April: Otter Media Holdings LLC is cofounded by AT&T and the Chernin Group, with Crunchyroll as one of its keystone properties.
September: Otter acquires a majority stake in streaming platform Fullscreen.
November: Fullscreen acquires Rooster Teeth (read more about that deal here). It also buys out ScrewAttack, which becomes a subsidiary of Rooster Teeth.

January: Otter takes full ownership of both Fullscreen and Ellation (previously, it was a majority shareholder in both). Fullscreen closes its streaming services, and company COO Ezra Cooperstein moves to become CEO of Rooster Teeth,
June: AT&T acquires Time Warner for $80 billion, and rebrands it as WarnerMedia.
August: AT&T announces it will buy out Chernin's shares in Otter. Ellation then launches Ellation Studios in Burbank and Tokyo: The animation house's first project will also be Crunchyroll's first original content, High Guardian Spice, scheduled to debut in early 2019.

This left AT&T with four entities with overlapping customer- and fanbases, but very distinct brands: Rooster Teeth under Fullscreen; VRV and Crunchyroll at Ellation; and Machinima at WarnerMedia. Under this restructuring, all four will become sub-brands within Ellation (Machima will remain part of WarnerMedia until Jan. 1, 2019). At the same time, FullScreen will continue its ongoing transition from multi-channel network to specializing in brand support and management, providing what Otter CEO Tony Goncalves called "creator and brand-focused service offerings."

That news is a major relief, especially since AT&T's acquisition of WarnerMedia has been the death knell for many beloved online services, including FilmStruck, comedy platform Super Deluxe, and DramaFever (which specialized in Korean drama). There were also lay-offs at Otter's head office, with an estimated 10% of the 1,400 employees gone: However, RT co-founder Burnie Burns has clarified that these layoffs will not affect Rooster Teeth staff or any of the other Ellation brands.

In fact, far from contracting, RT seems to be on another round of expansion. Aside from the upcoming launch of their latest original animated show, the Michael Jordan-lead gen:LOCK, this week they announced that, starting in early 2019, they will host the content libraries and new content for popular YouTube creators CypherDen and Flashgitz. RT is already coproducing a new series, Motor Knight, with Flashgitz, but the new deal also includes first look deals for both channels. These are the first fruits of Rooster Teeth's recently-announced development fund, a $2.5 million initiative intended to promote and build up online animators.

So what does this mean? In the short term, nothing. However, Goncalves said in a memo that the new structure will allow for its consumer brands to coordinate sales, especially when it comes to advertising. The bigger question going forward, especially with Crunchyroll looking for more original content (they've recently announced a 13 episode Blade Runner: 2049 spin-off in addition to High Guardian Spice), is if this new corporate structure will lead to creative cross-pollination.