At Mohawk’s Reopening, an Air of Gratefulness and Growth 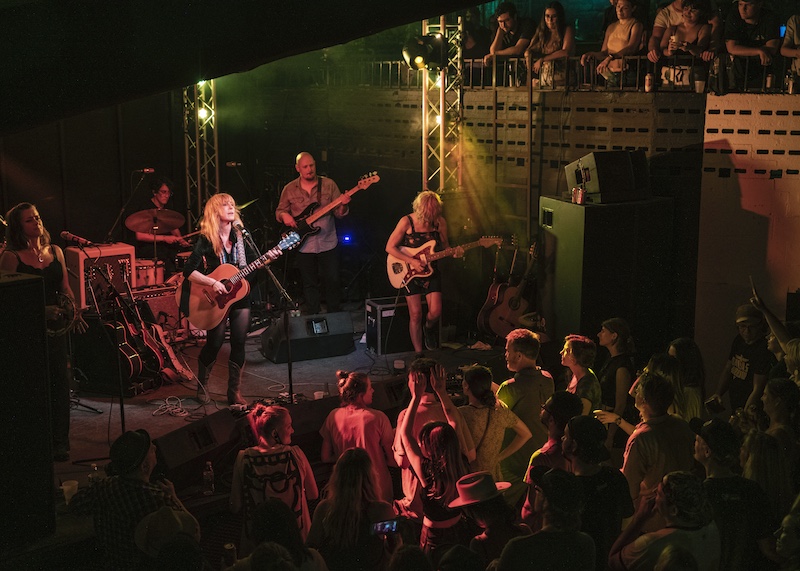 442 days. That’s how long it’s been since an airborne virus shut down one of Austin’s favorite stages. On Thursday, a U.S. Congressman – of all people – welcomed us back.

Surrounded by cameras outside the metal doors of Mohawk’s 10th Street entrance, Rep. Lloyd Doggett delivered a five-minute speech expounding on how live music businesses and their workers have suffered greatly though the pandemic: losing almost all revenue, shortchanged on unemployment insurance, and forever waiting on a lifeline of federal funding, like the Shuttered Venue Operators grants – apparently scheduled to hit bank accounts any day now.

At the same time, the veteran local politician, joined by music advocates Jeannette Gregor of Amplified Sound Coalition – also Mohawk’s manager – and Pat Buchta of Austin Texas Musicians, zeroed in on how music’s essential to our lives and livelihoods in Austin. As such, he celebrated the venue’s reopening and the “explosion of music” that would follow.

When Doggett ceremoniously opened the doors to the Red River concert hall, a staffer stood in the frame, ready to check his ID. 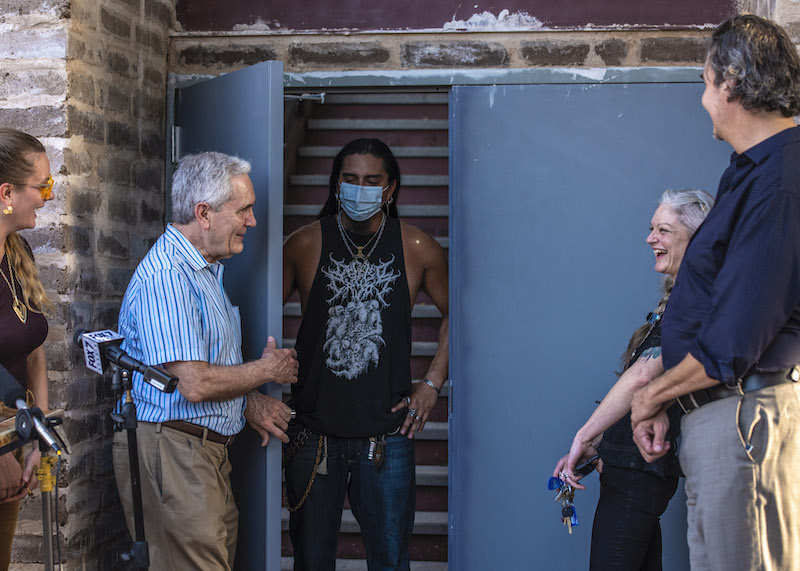 Mohawk’s multi-level grounds quickly filled with people experiencing the same sensations: the excitement of a large show, the awkwardness of remembering how to navigate spontaneous conversation, and the feeling of returning – after too damn long – to such familiar ground. Thick reverence hung in the air, not just for the act of drinking alcohol while staring at a band, but the communion of music as a situation.

“Don’t take it for granted,” songwriter Jesse Ebaugh told the crowd, capturing the pervasive thankfulness. "There’s so much wonderful stuff happening every day. Don’t forget. This is a special place where there’s a lot of great music and art being made.”

Ebaugh’s hippie country outfit, the Tender Things, opened the show, the vibrant, interwoven melody lines of Rick Ray Jackson’s pedal steel, Blake Whitmire’s fiddle, and Gary Newcomb’s Telecaster running like an electrical current through the venue. Aesthetic on point, the group’s frontman – with his grandfatherly high-waisted trousers and horn-rimmed glasses – conveys the vibe of a southern preacher on leave, fronting a country band inside a roadhouse wafting with pot smoke in 1969. As such, traces of Doug Sahm and Flying Burrito Brothers hallmark the sound, particularly on transcendent cut “Texas City” which closed with a grande drum beat that could’ve only come from Matt Strmiska. 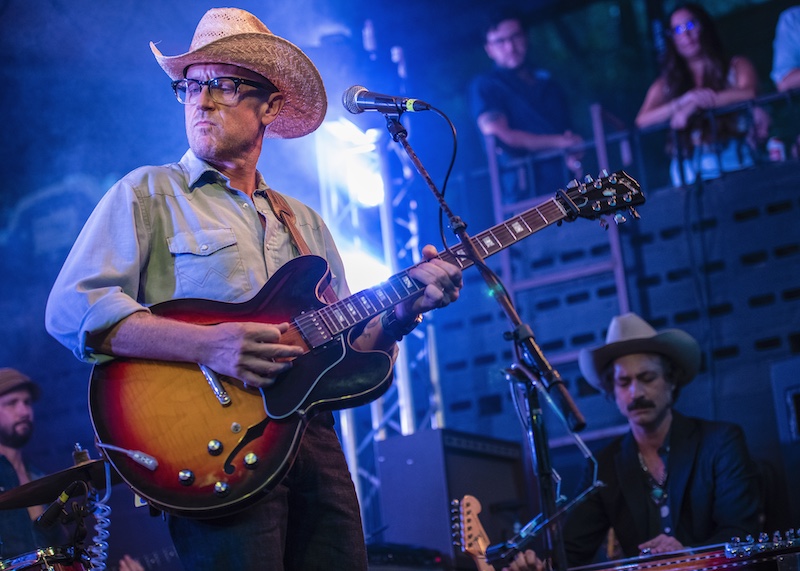 Ebaugh, of course, had been the bassist in Heartless Bastards since the mid 2000’s in Cincinnati. The subject of him no longer being in the band never got broached, aside from him commented on stage that the Bastard’s sounded incredible during sound check.

Indeed, Mohawk’s bathrooms weren’t the only thing that had been completely revolutionized since we’d last seen them. Erika Wennerstrom emerged with a completely new lineup for her 18-year running band. That blue-chip squad, which actually debuted the previous night, opening the Black Pumas sold out engagement at Stubb’s, features Greg Clifford on drums, Lauren Gurgiolo on guitar, Sam Pankey on bass, Jonas Wilson on keys, guitars, and auxiliary instruments, and Beth Harris on backup vocals. If you didn’t know better, you’d think the improbably tight unit had been playing together for five years.

On stage, Wennerstrom characterized the moment as “a new start” and revealed that a the group’s sixth album would be arriving in September. As such, the Heartless Bastards’ set came front-loaded with fresh, interesting material, including an intoxicatingly feel-good track that might be titled “Get to the Top.” The frontwoman made no secret of her gratefulness.

“It feels so great to be playing, you guys,” she grinned warmly.

That joyful vibe abounded throughout the club. Mohawk owner James Moody and local concert booking sage Graham Williams leaned by the doorway reminiscing about the earliest days of the venue and everywhere you looked old acquaintances were sharing their first hugs in 15 months. Amid all this, the venue staff deserves credit for a smoothly run opening night that included short waits at the bar and surprisingly impeccable sound, given how long it’s been since those speakers rang out to a mostly full room. 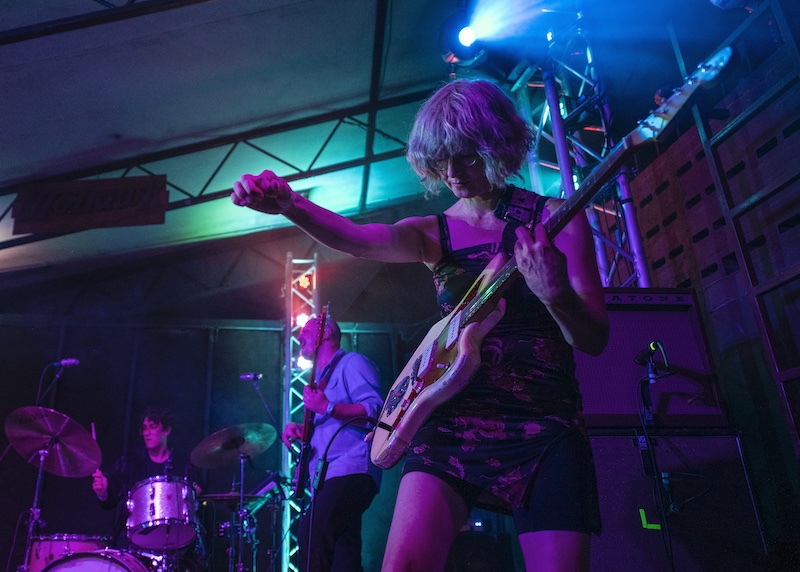 Meanwhile, Gurgiolo went deep into her bag on several guitar solos, coaxing ghosts out of her Fender Jaguar with the whammy bar with android-like movements. The Dialtones bandleader quickly became an audience favorite, often earning multiple loud rounds of applause during one musical section.

While the first of a sold-out two-night stand blossomed with Wennerstrom’s exquisite solo cut “Extraordinary Love,” in which her low, plaintive vocals emitted beautifully, and the cerebral, musically-building 2020 single “Revolution,” the profound offering of Heartless Bastards’ performance came from feelings of perseverance. When Wennerstrom sang the refrain of a yet-to-be-released song, “It’s a beautiful life if you let it be,” a shared therapy pervaded and, in between the lines, you could hear something many related to: growth - beautiful, painful, emotional, transcendent, personal growth. 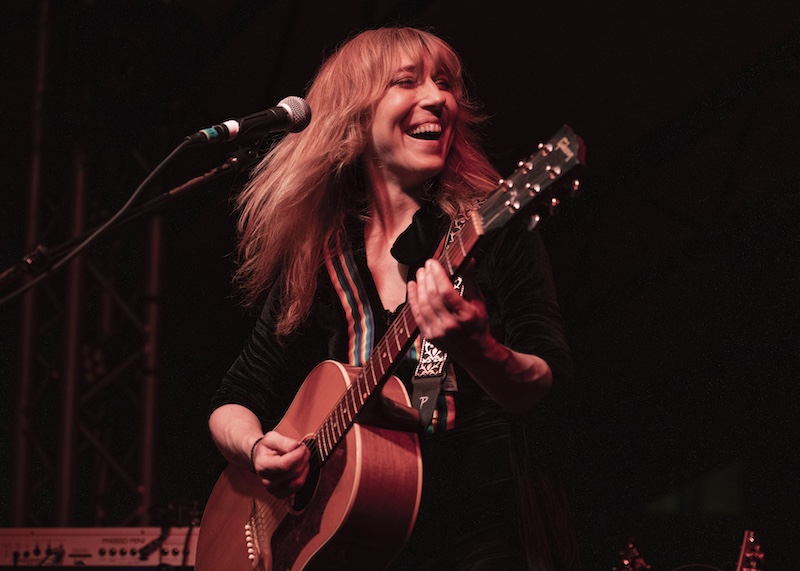 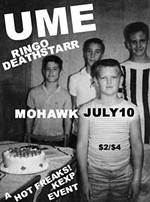 July Is for Lovers (of Screaming and Feedback)