This Memorial Day weekend, the Chronicle film critics have picked some of the greatest war movies – not just great action movies, but those that say something about the cost and reasons for conflict, what it does to us all, and what it does to those who face it up close and personal. From the price of service to the healing of old wounds, from blitz-stricken London to the African veldt, and the fictional shores of Freedonia, these movies commemorate those caught in battle's maesltrom.

For more Chronicle Recommends, covering every taste from best dog movies to our favorite flicks about America's pastime, visit austinchronicle.com/movie-picks. 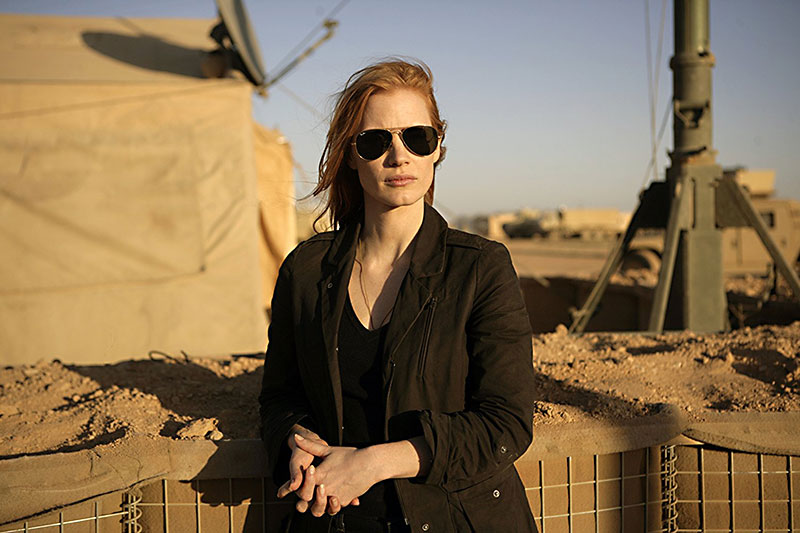 Warmaking in the 21st century is more technologically sophisticated yet also more reductively primitive than ever before. Drones and smart bombs make war ever more dispassionate while the practice of torture and extreme rendition cause war to become as personal as any other human intimacy. The story of how U.S. intelligence agencies and military found and killed Osama bin Laden, as laid out in Zero Dark Thirty, is haunted by these issues. Also of note in this male-dominated film genre and Time's Up era is that Kathryn Bigelow helmed Zero Dark Thirty, as well as the war film The Hurt Locker, for which she was the first woman to win an Academy Award for direction. – Marjorie Baumgarten 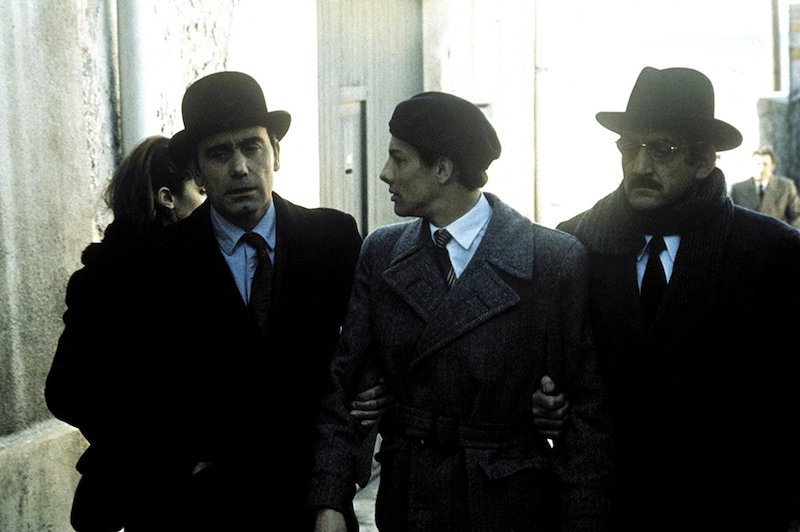 A methodical and heartbreaking saga of the resistance under Nazi-occupied France during World War II, Jean-Pierre Melville's film follows a rotating cast of characters seeking to subvert, defy, and mainly stay alive without being betrayed or gunned down. At this point, the director had perfected his style of sly precision mixed with razor-sharp irony (and many, many trench coats). Most of the violence occurs offscreen, which makes the film even more intense, as you never know what fate will befall the protagonists. There are so many iconic moments: the nonplussed Gerbier returning from a secret trip to London by parachute, picturesque meetings with soup and bread determining the fate of the cause, but the biggest crime may be that this film never saw a U.S. release until 2006, where it ended up on many notable film critics' year-end lists. An increasingly poignant reminder the resistance is not futile. – Josh Kupecki 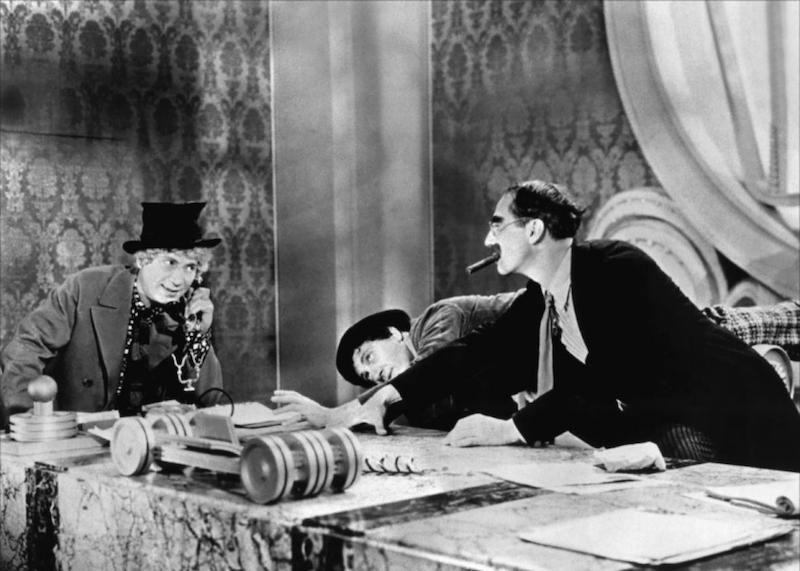 The Marx Brothers skewered social and cultural institutions with a vigor that resembled nothing less than comic anarchy. Their gift for mayhem peaked in the tasty Duck Soup, a screwy (and still potent) farce about the absurdity of waged conflict. As the insanely unqualified, loose-cannon president of Freedonia, Rufus T. Firefly, a motor-mouth Groucho woos a perennially clueless Margaret Dumont and declares war with the impulsive slap of a glove, inciting the jingoistic fervor of his fellow countrymen to the tune of some of the nuttiest musical numbers ever filmed. From beginning to end, Duck Soup is delicious pandemonium best slurped. – Steve Davis

What happens when you see your enemy as a human being? Set during the 1992-93 war in Abkhazia, Tangerines follows Ivo, a soft-spoken farmer who refuses to evacuate his family home. When a gunfight leaves two wounded soldiers in his care, Ivo carefully nurses them back to health in exchange for a promise that neither man will commit violence under his roof. There's nothing subtle about the anti-war message of this film; forced into a fragile peace, the two men slowly realize that their duty to kill cannot withstand the intimacy of a daily routine. The compassion on display in Tangerines is rare for any film, let alone one set during wartime. – Matthew Monagle 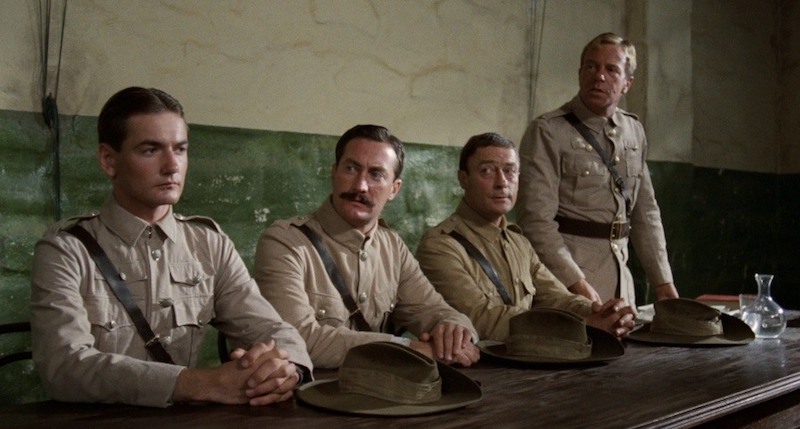 Three Australians fighting for the British army against rebel Boers in South Africa at the turn of the 20th century are court-martialed for murdering prisoners. Based on true events, Bruce Beresford's Breaker Morant is as much a legal drama as it is a war movie (A Few Good Men and Rules of Engagement are very similarly structured). It's not gory or hard to follow (reasons I usually shy away from this genre), and the run time is less than two hours. Without glorifying battle, there's a sense of rugged romanticism carried poetically through to the final unforgettable scene. – Danielle White

The Americanization of Emily (1964) Whatever your mind conjures when you hear "wartime sex comedy starring Maverick and Mary Poppins" – put it away. Paddy Chayefsky, of the blistering Network, wrote this thing, so already you know it's not pulling any punches. What's surprising is how artfully he complicates the romance between Julie Andrews' war widow and James Garner's cynical American naval officer – a self-described "practicing coward" trying to steer clear of D-Day – with a genuinely subversive political message about the futility of war. – Kimberley Jones 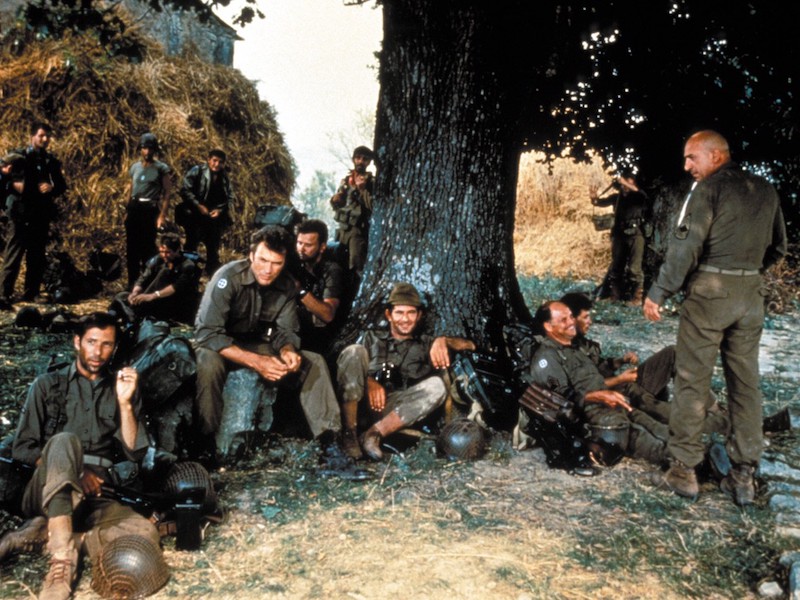 In the pantheon of anti-war war movies there's nothing quite as sublimely weird as this Vietnam-era take on mercenary World War II G.I. Joes slogging deep behind enemy lines in the hope of stealing a ton of Nazi gold. From its hippy-dippy opening theme song "Burning Bridges" by the Mike Curb Congregation, to an all-star cast that rivals It's a Mad, Mad, Mad, Mad World in terms of epic genius lunacy, Kelly's Heroes is a freaking masterpiece. Clint Eastwood is the titular Kelly, leading an ever-expanding team of dogface expendables ranging from Donald Sutherland's stoner-cum-tank commander Oddball to Don Rickles' lusty hustler Crapgame. Also on board for for this subversive takedown of both war and capitalism are Telly Savalas, future Archie Bunker Carroll O'Connor, and the late, great Harry Dean Stanton. It's as purely entertaining as a movie can be. Quoth Oddball: "Why don't you knock it off with them negative waves, baby? Woof, woof, woof!" – Marc Savlov 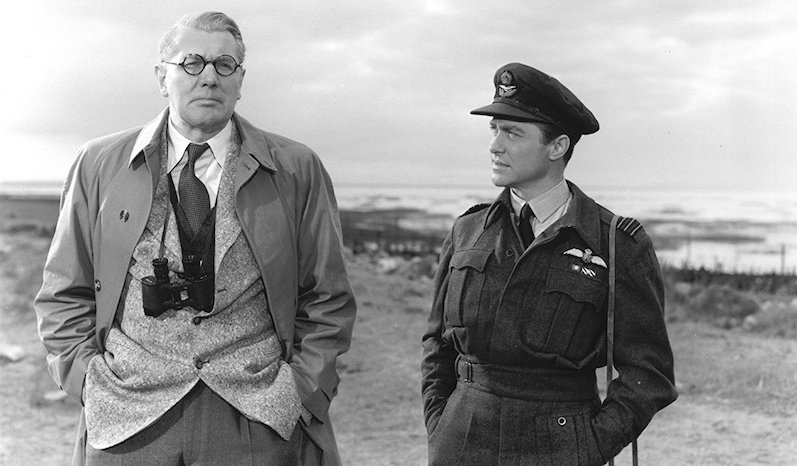 Ever wonder where George Lucas got the idea for the Star Wars trench run? Operation Chastise was an insane plan to have Lancaster bombers skim the waters of German reservoirs, unleash bombs that would skip like stones, then drop down the side of the dam, blow up, and flood munitions factories arming the Reich's war machine. Not only was it nearly impossible, it was also real, and Michael Anderson's seminal retelling does not simply make this a tale of heroic British RAF pilots, but of the scientists and engineers who solved the challenge. Michael Redgrave's performance as Barnes Wallis, the original backroom boffin (the term of art for geeks before there was such a thing), makes designing bomb sights as thrilling as the actual raid – and his torment at knowing he's sending pilots to their deaths is the quavering stiff upper lip personified. – Richard Whittaker 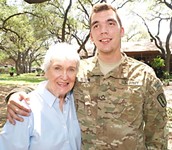 After a Fashion
Stephen may march to a different drummer's beat, but now he 'gets' Memorial Day 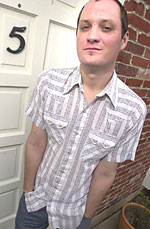